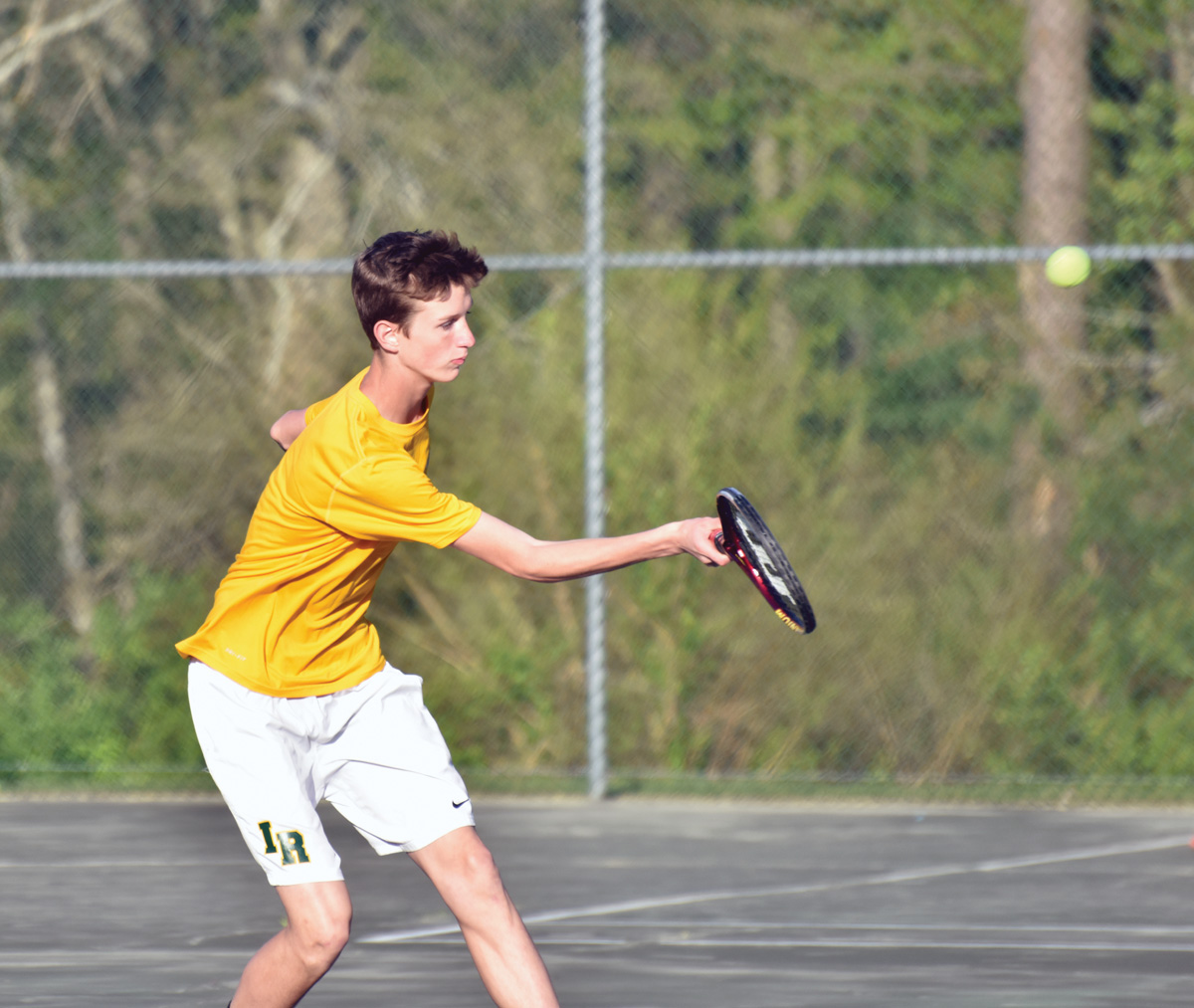 Each of Indian River High School’s tennis teams, both boys and girls, earned 4-1 wins Monday, April 30, over Lake Forest in a home match.

It was the IR boys’ third straight win, but that leaves them with a 3-8 overall record with two-thirds of the season in the books.

Coach Mariano Woo said he is hoping things will continue improving so they might have a shot at tournament play.

Junior Luke McCabe was the first singles winner on Monday, with a 6-4, 6-2 win over Jackson Sylvester.

“It was tough at the beginning, but I was able to pull it out of me and get the win,” McCabe said.

“We started out slow in the first couple of sets,” said Quezada. “We calmed down enough to where, after the first few points, we knew we could do better, and after the first two points, we were better. The wind was also a major factor today, because it blew the ball around — especially when they would return and on serves.”

Woo called junior Madison Killen one of his best doubles players. She and her partner, Brooke Weaver, won their match at first doubles.

“It went well,” Killen said of their match. “I was doing better with my serves. Once I got into the groove of it, I started feeling more confident, and I was able to hit one after the other pretty good.”

“They played more consistently, so they obviously won more games that way,” Woo assessed. “Consistency is one of the keys to playing tennis, obviously. That was nice. They also came through when it came to tie-breaks. They didn’t choke during a tie-break, even though one tie-breaker went to 10.”

By Bruce Walls
Special to the Coastal Point