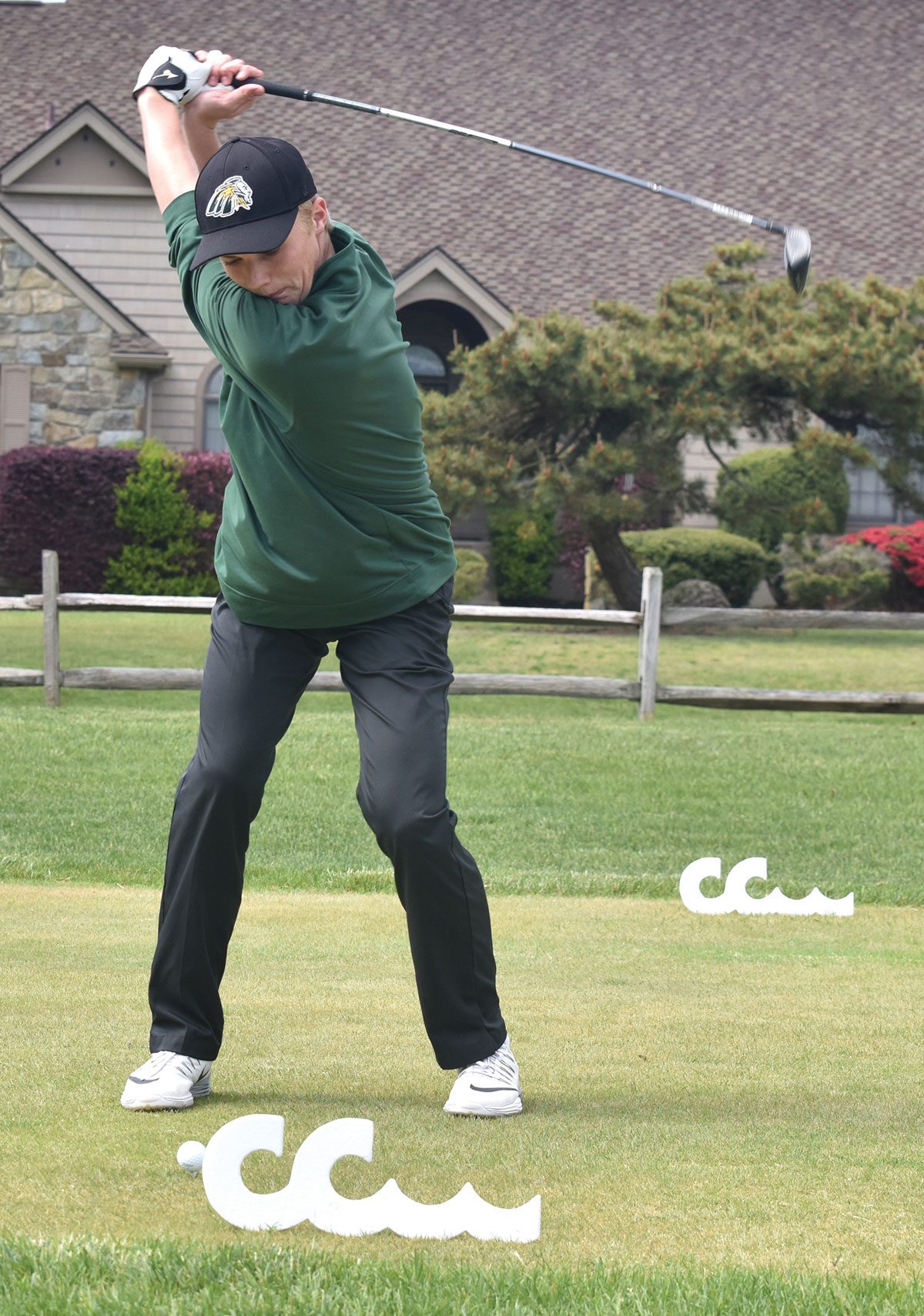 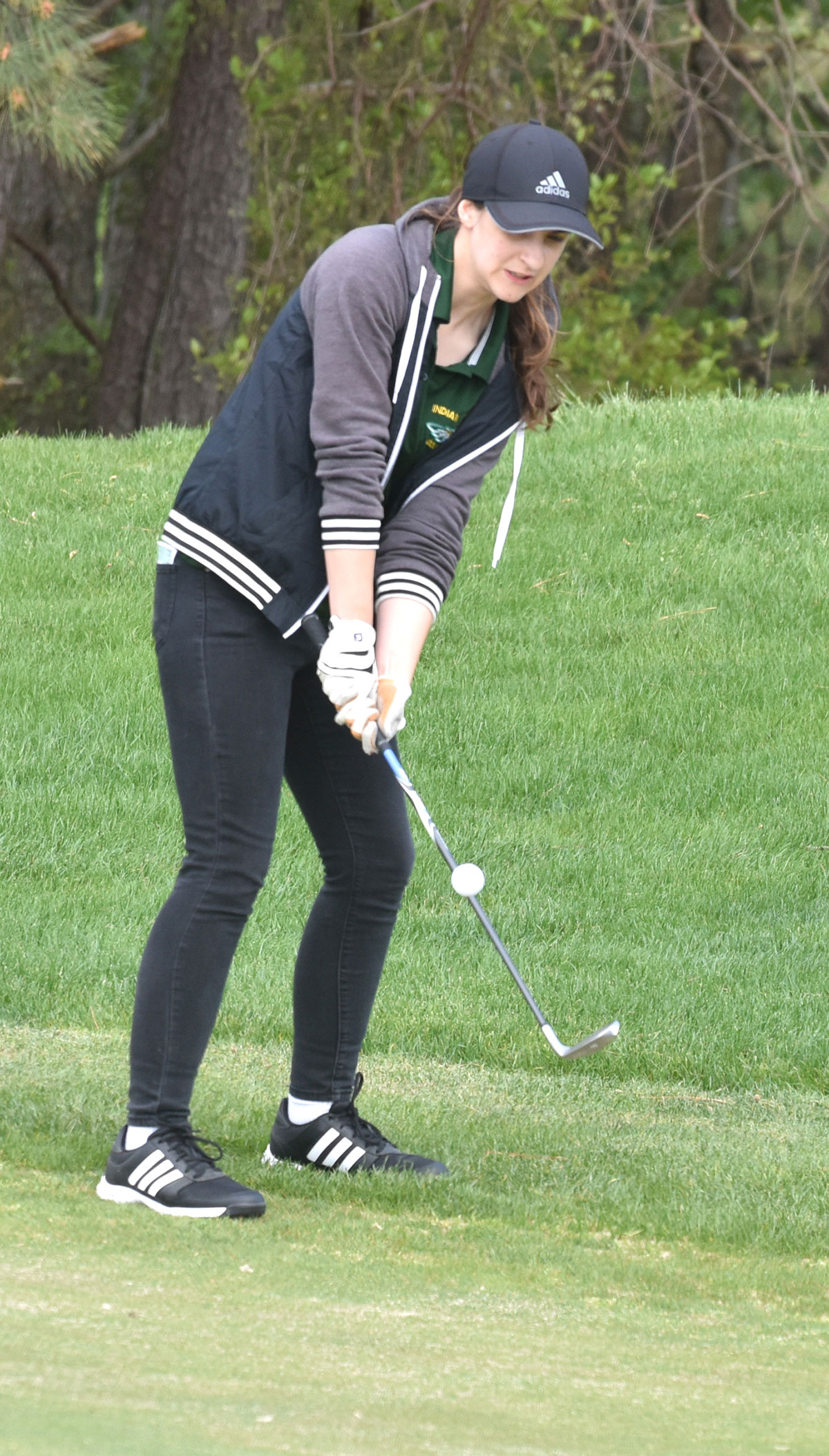 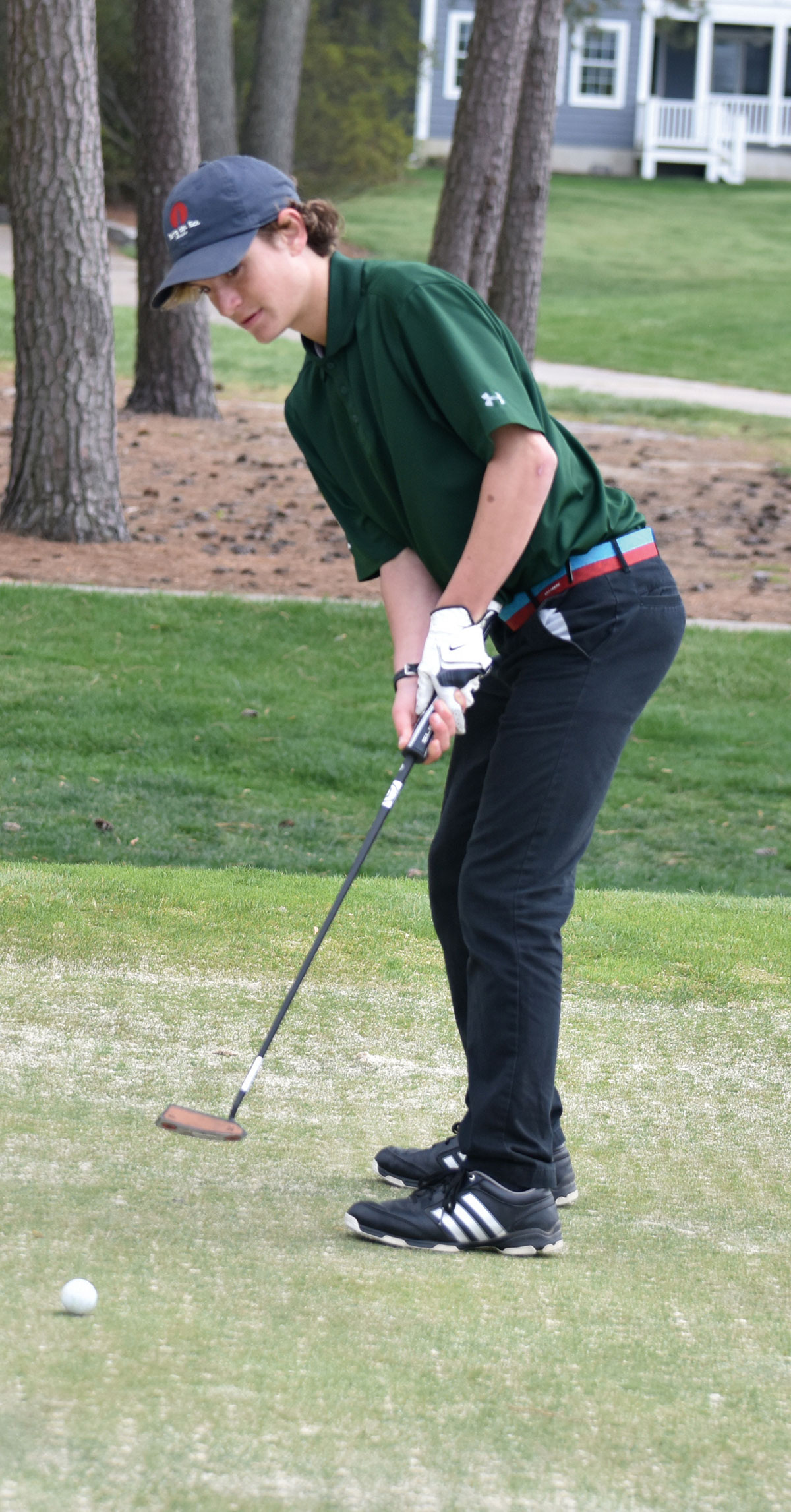 Indians see victory over Wildcats on the links

Fighting chilly winds off of the bay, senior Mikaela Brosnahan led the Indians on May 8 with a score of 46. The match was played over the front nine, with a par score of 36.

“The wind’s not bothering me here,” Gogarty explained. “I’ve been out here playing in worse. We had a nor’easter blowing through during our first game of the season. You get used to it and learn to play with it.”

“I like this course because it’s well-maintained. They do a great job with the greens and things,” Gogarty added of Cripple Creek.

“We’re doing pretty decent,” said IR head coach Billy Wingate. “The wind’s blowing a little bit, and they just aerated the course, so the putting is a little different than what we’ve been used to. But everybody seems to be doing pretty good today. We practice here every day — every day. This is our home course, Cripple Creek.”

Tuesday’s win was the second straight for the Indians and set the stage for an important final stretch of the season.

“We have a big match coming up Thursday against Sussex Academy,” Wingate added of the May 10 match. “That will pretty much determine who wins the Southern divisional championship.

“We have three matches next week: Laurel, Lake Forest and Seaford. Then we move on to the Henlopen Conference tournament in Dover on the 22nd. Then the state tournament will be held at Odessa National in Middletown on the 28th and 29th. So, we still have a lot of golf to be played.”