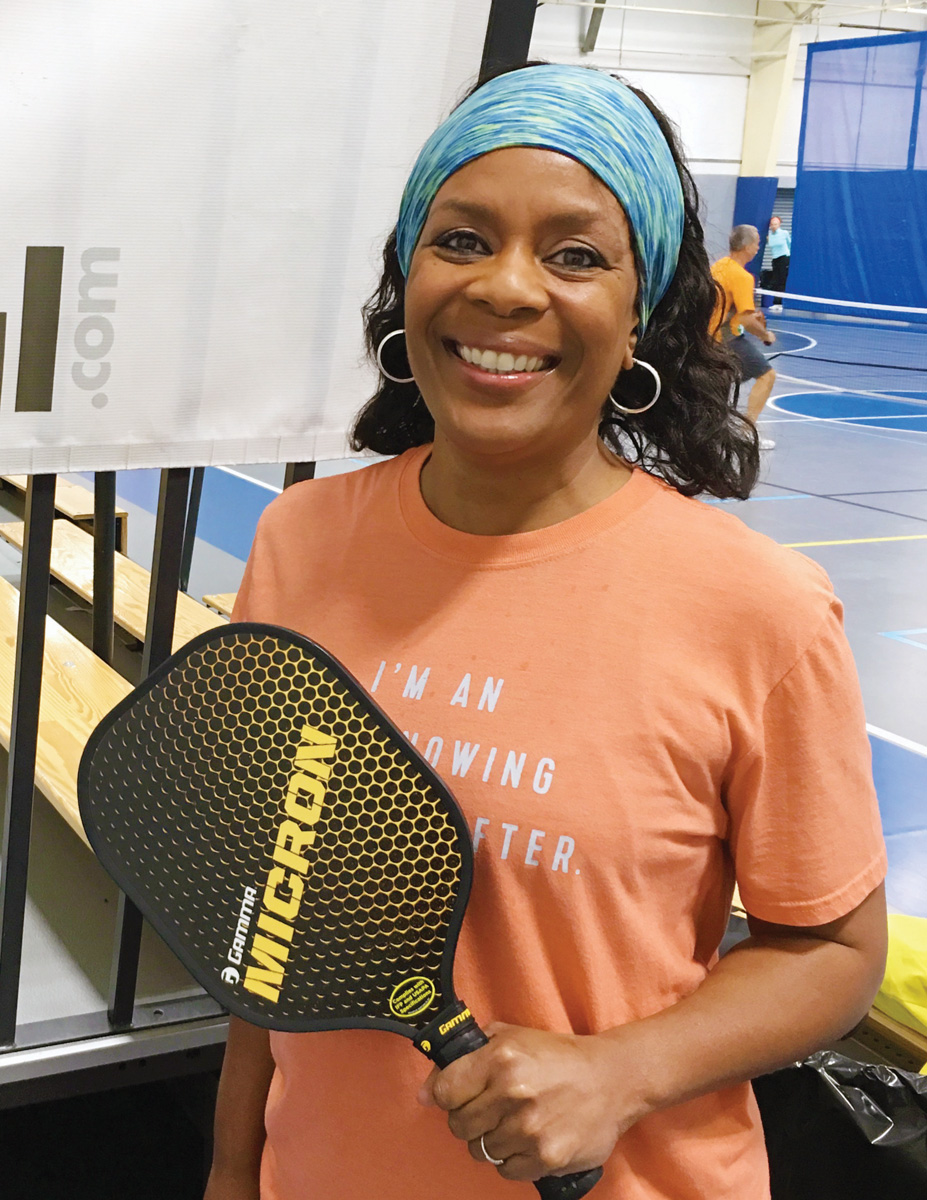 Gen. George Washington and his army — yes, this is the pickleball article — were almost captured in New York by the British, then the strongest army in the world. It was August 1776 at the Battle of Long Island, and Washington’s army was saved by approximately 500 Maryland and Delaware soldiers.

The “Maryland 400” and the “Blue Hens” lined up in an exposed field against several thousand British soldiers firing cannon into their ranks. They stood their ground while Washington organized his troops and evacuated across the river into Manhattan. In all, 30 soldiers from Delaware and all but 12 from Maryland died.

They knew they would die that day. With clenched jaw, they kept advancing time and again, next to brothers, cousins and childhood friends, onto cannon emplacements as cannon fire literally tore them to bits. There were so many killed that day that they were buried in that field where they died, and the Statue of Liberty looks at their graves in appreciation of their ultimate sacrifice.

Delaware subsequently took so many casualties that year that they were folded into Maryland’s “Old Line.” Gen. Washington named them the “Old Line” because of the Battle of Long Island, as well as subsequent key battle assignments. Maryland even became known as the Old Line State because of these brave men from Maryland and Delaware.

Of course, we benefit from their sacrifices today, and our ability to play pickleball three or four times a week is but one of many ways we are recipients and celebrate freedom.

Rick Bell, USAPA district ambassador for Delaware, is quick to point out that when Delaware and our friends on our border march into a tournament like the U.S. Open, the same respect is shown, because our players attack and don’t fold. Typically, the other competitors moan, like the British in 1776, and say, “Here come the Delaware Brigade!”

Kathy Casey, president of the First State Pickleball Club, led a platoon of 27 pickleballers from the Delaware Brigade in lockstep to skirmish with others from around the United States and 14 other countries. The U.S. Open pickleball maneuvers were held in Naples, Fla., and Delaware returned with nine medals.

Charlie Biddle of Sandcastle Realty was Casey’s signals officer and kept the Brigade back in Delaware well-informed by reporting pickleball scores from the red-carpet awards, stage where he hobnobbed with better-known pickles and cucumbers. Charlie, and his partner Lynn Casey, were just two points from taking the bronze in their category.

Please be sure to congratulate them if you see them at the annual Beach Blast Pickleball tournament sponsored by First State Pickleball Club. It will be held at the Kent Recreational Center this weekend. This is an ideal opportunity for the public, at no charge, to see pickleball played as it should be played.

Here in Delaware, below the Indian River, pickleballers are celebrating pickleball in the Coastal Community (Fun) Pickleball League. Eight communities met this past week at each other’s communities, where they met and played pickleball together in a fun-oriented format.

I want to extend my personal appreciation to the various team captains for all the work they did to kick off this new concept in Delaware pickleball. I plan to write in more detail about their league in coming weeks.

The third annual Spring Pickleball Tournament at Northside Park in Ocean City, Md., was exciting to watch and pleasing to report. I saw people like Eddie Pinto, Stan Piesla, Becky Kelly, and Rusty Ruzin entering their first tournaments, and they were just at my clinics over the last several years.

Milam and Pearl Morris, with her new painless knees, returned to the winner’s circle for gold in women’s doubles, beating in a well-played match B.J. Ferguson and Carol Miller. Rick Bell and Bob O’Malley took gold in men’s doubles.

The Redards, Judy and Randy, took gold in their mixed doubles category. Frank Creamer and Linda Horst of Ocean Pines, Md., took bronze in mixed and played a spectacular tournament.

Everyone mentioned participates in the Delmarva Team Pickleball League.

Among the contestants, two couples from Hagerstown drove to Ocean City to participate in the pickleball event. Just in their second season of the great game, Lasaundra Dorsey and Kim Powell took bronze.

They learned the game at courts built at their church to promote fellowship, and brought beaming smiles to Ocean City. All the volunteer hours I give to this great sport were rewarded watching these ladies receive their medals.

Circling back to my military story — this is warning to any foreign powers or passing alien spacecraft: you probably don’t want to mess around with anyone from the Delaware Brigade, or any pickleballers in general. We will face you off at the NVZ, dink with you until you flee and paddle you back to where you should be.

Vaughn “The Baron” Baker is a Senior Olympics gold-medalist in pickleball, and is public relations director for the First State Pickleball Club (FSPC) and captain of the Ocean View Crew pickleball community. He spent his career working with top tennis professionals while working for Wilson Sporting Goods and introducing the Prince Tennis Racket and Wimbledon Tennis Lines. For more information, visit PickleballCoast.com.

By Vaughn Baker
Special to the Coastal Point