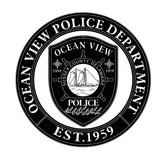 Civilians taught how to respond in life-threatening situations

In the hopes of having community members better prepared if a “God-forbid”-type of scenario was to one day become a reality, the Ocean View Police Department held CRASE — Civilian Response to Active Shooter Events — training last month, with the idea of helping civilians know how to respond to life-threatening situations that seemingly plague the news these days.

“Active-shooter events are happening more and more frequently,” said OVPD Chief Ken McLaughlin. “I think we’re going to see more of these events in the future, unfortunately, so we need to be prepared.”

McLaughlin started efforts more than 10 years ago to train police, fire and EMS officials on how to work together to respond to an active-shooter event; however, he said, the missing component was the civilians who will already be on-scene.

“We’ve got to get that training pushed down to the citizens, because you’re going to be on-scene before we’re on-scene,” he said.

“Tonight is really about setting a mindset so that when you find yourself in the worst possible situation, that you’re able to take action that could potentially save your life and the lives of others,” said Robbie Murray, deputy director of operations for Sussex County Paramedics. “If we don’t talk about it, if we don’t think about it, then we’re not going to be prepared.”

Murray said the Columbine High School shooting of April 1999 changed the way emergency responders look at active-shooter situations. He noted that many teachers instructed students to hid under their desks — a tactic that they themselves had been taught. Back then, police staged and set up a perimeter before entering a building where an active shooting was occurring.

“Today, as a result of that incident 19 years ago, there is no more waiting,” he said. “Today, if something like that happens, the first officer on scene enters the building and stops the killing.

“Trainings like this are going to teach us that we don’t hide under desks anymore. We don’t hide and hope. We avoid, we deny entry to where we’re at, and at a very last chance, we defend ourselves.”

Civilians were taught to remember ADD — Avoid, Deny and Defend.

Murray said the idea of “social proof,” where humans look to other humans to base their reaction to an incident, can be critical in a crisis.

“This is where one person who has a plan, who can remain calm and make good decisions can save a lot of lives. Imagine finding yourselves in the middle of an active-shooter event. Things are about to go crazy, and one person gives good direction. ‘Everybody, let’s get out that exit door right now.’ Everybody follows, because one person made a decision, one person set that social proof…

“It takes one person to set that tone… be prepared.”

Murray said people should pay attention to their surroundings, no matter where they are.

“Take a look around everywhere you go. Take the opportunity to ask yourself, ‘If someone was going to come in here right now, where would I go?’”

Bradshaw said civilians should consider getting a concealed carry permit.

“I don’t know about you guys, but I’m not going to be a victim… And that’s the type of mindset you have to have,” he said. “We have a right to defend ourselves… You deserve to survive.”

If an incident were to occur locally, say at Lord Baltimore Elementary School, the police officers in town could be there in three minutes.

“That’s where civilian response comes in. You guys on the ground are the first ones there.”

Murray said, “Hiding and hoping is not the answer.”

Calling on attendees to remember ADD (avoid, deny, defend), Murray said if anyone finds themselves in a dangerous situation and has the opportunity to get out, do so “as soon as absolutely possible.”

“Think about those secondary exists; start to script stuff.”

If they’re in a situation where they cannot leave an area, civilians should instead look to deny entry to any person who may cause harm.

“Remember, they are looking for easy targets. If they come up to the door and it’s locked, where are they going? They’re going to the next one.”

Individuals can turn the lights off, barricade the entrance, or use a belt or rope to create a tactical cinch on a door.

Then, there are moments when civilians will have to defend themselves.

“Action is always faster than reaction. If you do something, you can guarantee it’s going to be done faster than they have the ability to react. They aren’t going to be able to react faster than you do,” said Murray. “Fight for your life… You are not helpless. You can take steps to save your life.”

Murray said how people act will influence those around them who were not prepared for an incident.

“Always consider avoiding first, even if we concealed-carry,” he said. “Change your mindset… ‘This is not how I’m going to die.’

Bradshaw said that, in the age of technology, Sussex County’s emergency center (SussCom) would be inundated with calls and texts about the incident. Individuals will post images and video footage to social media accounts.

“We’re going to have 15 different descriptions of what this person looks like,” he said. “When we arrive, don’t take it personally, but every single one of you is being put to the ground at gunpoint… We’re taught to treat everyone as a suspect until they’re not, in this type of situation.”

Bradshaw said the priority of those police on scene is to “stop the killing,” noting that responding officers could be stepping over victims or ignoring pleas for help from victims.

“That’s where the Rescue Task Force comes in,” said Bradshaw, noting it’s a group made up of police and EMS personnel. “We’ll bring them into the warm zone, and that’s when they’ll start rendering medical aid and start dragging them out of the building.”

He urged civilians that if they ever find themselves in a situation where police are responding to a threat to always “follow our commands.”

“Take this information back home, back to your communities, and share it with others,” added McLaughlin.

During the question and answer portion of the evening, McLaughlin said that he believed “playing dead” would not be a good way to respond to an active-shooter situation, citing the shootings at Columbine and Virginia Tech.

McLaughlin also said that the Sussex County 911 center is up and running with “Text 911” where individuals can text, instead of calling, a 911 center.

“You may find yourself in a situation where you need to be quiet and you can’t talk,” he said, noting that technology could be very beneficial.

One attendee asked if there are plans to bring the training into local schools.

“We’re already doing it,” said McLaughlin, noting that there are armed constables at every school in the Indian River School District. “It’s very controversial. Folks up and down the state ridiculed the Indian River School District for putting guns in the schools, but I can tell you, if one of these situations occurs, it takes a good person with a gun to stop a bad person with a gun.”

McLaughlin said some training with students has been done at the high-school level, but he said it has been limited.

The Ocean View Town Council has publically stated it would like to look into forming a countywide police force. McLaughlin said, currently, if an incident were to occur locally, his department would be the first-responders.

“We have no county police department. We have no SWAT team available. If something goes down and there’s a barricaded suspect with hostages, it’s going to be myself, Rhys and [OFC] Troy [Bowden] going out and handling that call.

“We can call for the State Police SWAT team, but this time of the evening, with the rain… It’ll be a two-hour response. It is very difficult. We’re very small in numbers, and training is very critically important to us. It gives us a bit of an edge, because we don’t have the manpower resources that some places have.”

Jay Innes noted that in Maryland there are police departments that serve whole counties.

“It boggles my mind that they don’t have county-level police departments serving all the citizens who are our taxpayers,” said Innes. “That should be shared amongst everyone. I live in an area that’s not actually in Ocean View proper, so I’m not paying to support your work here; however, if it were a police force service for the county, then my contribution would be equal to that of everyone else.”

McLaughlin said that having a countywide police force could quadruple county taxes.

“Nobody wants to pay — they want the service, but nobody wants to pay,” he added. “When the sun is shining and the moon and stars are aligned, we’re not needed. We’ll have some type of regional… but it will take a major tragedy to make it occur, first. We hope an event like this is never going to happen, but we have to be prepared for it.”

Cyndie Ganc, a Sunset Harbor resident, attended the training with her husband due to the subject matter being a current issue.

“Just to find out how we might be able to be a contributor to increasing our knowledge about what to do if, God-forbid, something like this should happen… I think with all the attention and all the recent shootings, it has made me more cognizant of the fact that we really do need to be hyper-vigilant and we do need to let others know when we see something that just doesn’t seem to align with something that would be a typical situation.”

Ganc said her daughter is a teacher in Washington state, and her school did an active-shooter simulation with pellet guns.

“She says, ‘I’ll never forget.’ To her, it was such an amazing experience… She thought it was pivotal to remembering exactly what she was taught.”

Ganc said the CRASE class was an amazing service and recommended others take the initiative to learn what they can do in such a situation.

“We are outside of Ocean View’s jurisdiction, unfortunately. I just think every person can certainly benefit from attending a class like this, just to increase awareness that we really do have an active role and we don’t ever have to be a victim.”

Following the class, Sussex County Paramedics Cody Grosch and Alix Faust were on hand to teach attendees how to do basic CPR and stop bleeds using tourniquets.

McLaughlin said the training empowers individuals to not allow themselves to be victims.

“Knowledge is power. If people know what to look for, know how to react, even if they’ve had just a little bit of training… hopefully, they can recognize something that is wrong and take the appropriate action,” he said.

“There’s a component of this for police, a component for fire and EMS. We’ve tackled those, and now this is for the civilians, so everyone is on the same page and working together to resolve these incidents. I think it’s good for the general public to know what we’re going to do, it’s going to, hopefully, avoid a lot of confusion and mitigate loss of life.”

More than 40 people were in attendance at the class, and McLaughlin said the department would be more than willing to offer the training to any group that requested it.