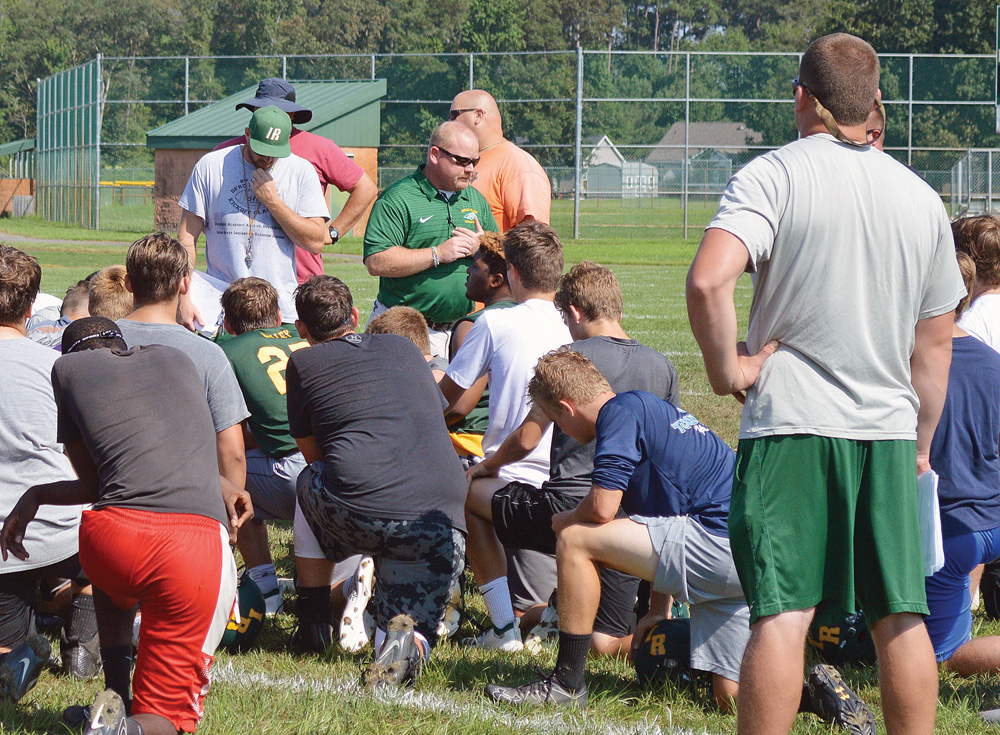 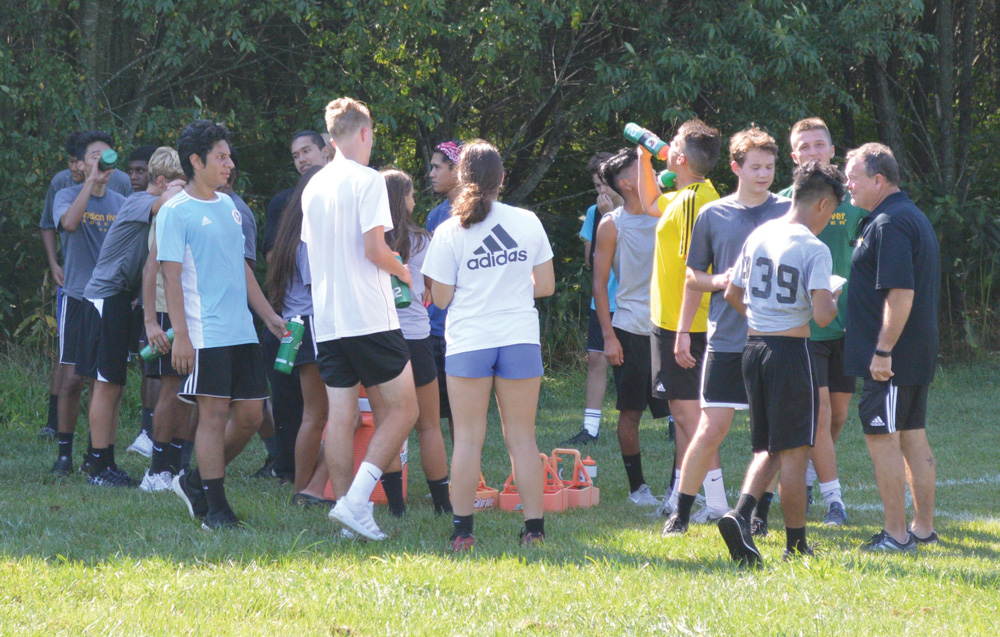 As with the start of any new season, optimism and excitement were in the air all around the campus at Indian River High School on Wednesday morning as the fall sports programs all officially began their 2018 campaigns.

The football, boys’ soccer, field hockey, girls’ volleyball and cross-country teams all laced up their collective shoes and headed out onto their respective fields or hardwoods to embark on what all the coaches deemed as the potential for successful and exciting seasons.

Head coach Steve Kilby is back for another season guiding the boys’ soccer program and saw close to 50 players out on the first day. He said he was thrilled with the turnout, but admitted his team has some work to do to get where they want to go.

“We had 50 kids out for us,” Kilby confirmed after practice wrapped up on Aug. 15. “We are fortunate that we have a program that the kids are attracted to, and that’s a real plus for the program.”

But more importantly than that, for Kilby, was the excitement of just being out on the field to start the season.

“The first day is always exciting for me. It’s better than Christmas, really,” joked Kilby. “The night before, I am just jacked about getting out here.”

Across the way, on the football practice field, head coach Phil Townsend and his staff welcomed their gridiron warriors with their sights clearly set on improving upon last year’s disappointing results.

According to Townsend, the squad should have roughly 50 players once the paperwork from everyone’s physicals is all completed.

“We extremely excited and optimistic about our prospects for this year,” Townsend admitted. “Numbers-wise, we had about 40 to 50 guys out. We had some guys with some paperwork issues with their physicals, and some stragglers that will be here. We have a good group of returning players, with some younger guys that are really committed and really want to be coached, which is very good for the program.”

Jodi Stone and her girls’ field hockey players were at Clayton Elementary School for their first practice, as their normal field continues to literally grow after work done over the summer to install new Bermuda grass onto the surface.

“It’s always hard giving up the rest of your summer, but it’s really exciting to get things started,” said Stone, who is heading into her sixth season at the helm. “We have a very young team this year but saw a lot of growth in the off-season, so now that makes things very exciting.”

Unfortunately for Stone, the turnout was a little lower than she had hoped for when sign-ups originally took place, but she maintained that the 24 girls out this year have the potential to be very good simply with their dedication and willingness to work.

“And I will take that over numbers any day of the week,” she confessed.

Inside, away from the heat and humidity, Jim Barnes and his staff had their girls’ volleyball players working hard and still working up a sweat, having started their day at 6:30 a.m.

Following a 14-1 regular season, Barnes said he feels that this season has the chance to be even better than last year.

He and his fellow coaches “are excited because we know how good they can be,” Barnes noted of this year’s team. “It’s always great the first day, because you always wonder all summer long who’s coming out, who’s not coming out. … Now we have this whole list of girls, and now we know what we have.”

And he left the girls with a thought prior to leaving for the day:

“It’s great to be tough, and it’s tough to be great,” Barnes said. “We have a lot of committed girls that really want to work hard to be better every day, and that is very exciting.”

Back for the Indians this year is last season’s “phenomenal freshman” Raychel Ehlers, who Barnes now calls his “special sophomore.”

Ehlers will return to her outside hitter spot, where she hopes to continue to work hard and become a leader for the team.”

“It was a good first day,” Ehlers admitted after the morning practice session. “We had a lot of people come out … a lot of freshmen, which is good for building the team. Our main goal is to beat Smyrna this year, since that was our only loss last year” in the regular season, “and then defend our South Division championship.”

The girls’ cross-country squad is looking to continue their success from a year ago, when they went 7-4, while the boys’ unit is hoping to reverse their struggles from a 2-9 campaign in 2017.