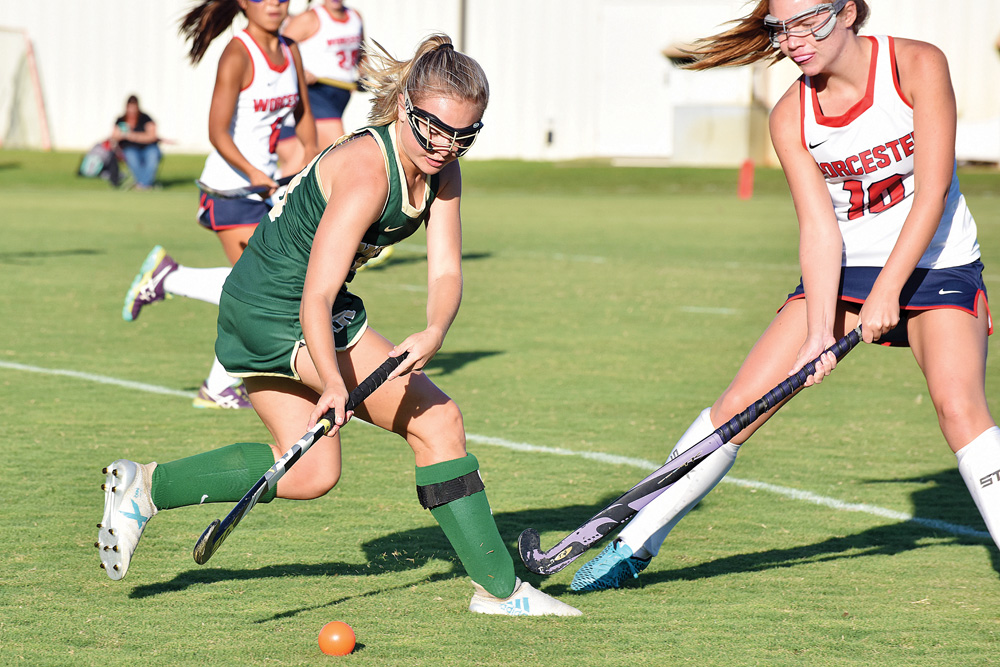 With a roster that features no seniors, the Indian River High School field hockey team will certainly have its work cut out for it this season. However, what they lack in seniors they more than make up for in desire, fight and determination.

Head coach Jodi Stone is back for a sixth season leading the Indians program and her 18th overall as a field hockey coach. She will be assisted by IR graduate Molly Chamberlin and by Steve Szlasa.

The Indians played their way to a 7-6-3 overall mark in 2017 — which included a heartbreaking 1-0 loss to Lake Forest in the first round of the state playoffs. It was a game played in a torrential downpour, and one in which Lake scored the winning goal with less than two minutes left in the contest.

That has left a bitter taste in the mouths of several returning players, who are eager to erase it this season.

A solid group of juniors will be relied heavily upon to lead the Indians’ young team.

Co-captains Rylie Cordrey and Kaylee Hall both head up the midfield spots, while classmates Morgan Bomhardt (defense) and Avery Congleton (attack) will also be big pieces in IR’s season.

“Although we have a young squad this season, the players are eager to get the season under way and compete,” Stone assessed. “We had a productive pre-season. Players and coaches are excited to begin our regular season.”

A pair of freshmen show the youthful promise for the Green-and-Gold. Brynn McCabe will join Congleton up top at the attack spot, and Emma Ruley will double between attack and midfield.

The Indians will open up their season on Friday, Sept. 7, with a home contest against visiting Worcester Preparatory School, starting at 3:30 p.m. They will also host seven other schools for home games this season, including Smyrna (Sept. 13), Dover (Sept. 20), Sussex Central (Sept. 27), Seaford (Oct. 2), Holly Grove Christian (Oct. 12), Milford (Oct. 18) and Laurel (Oct. 25).