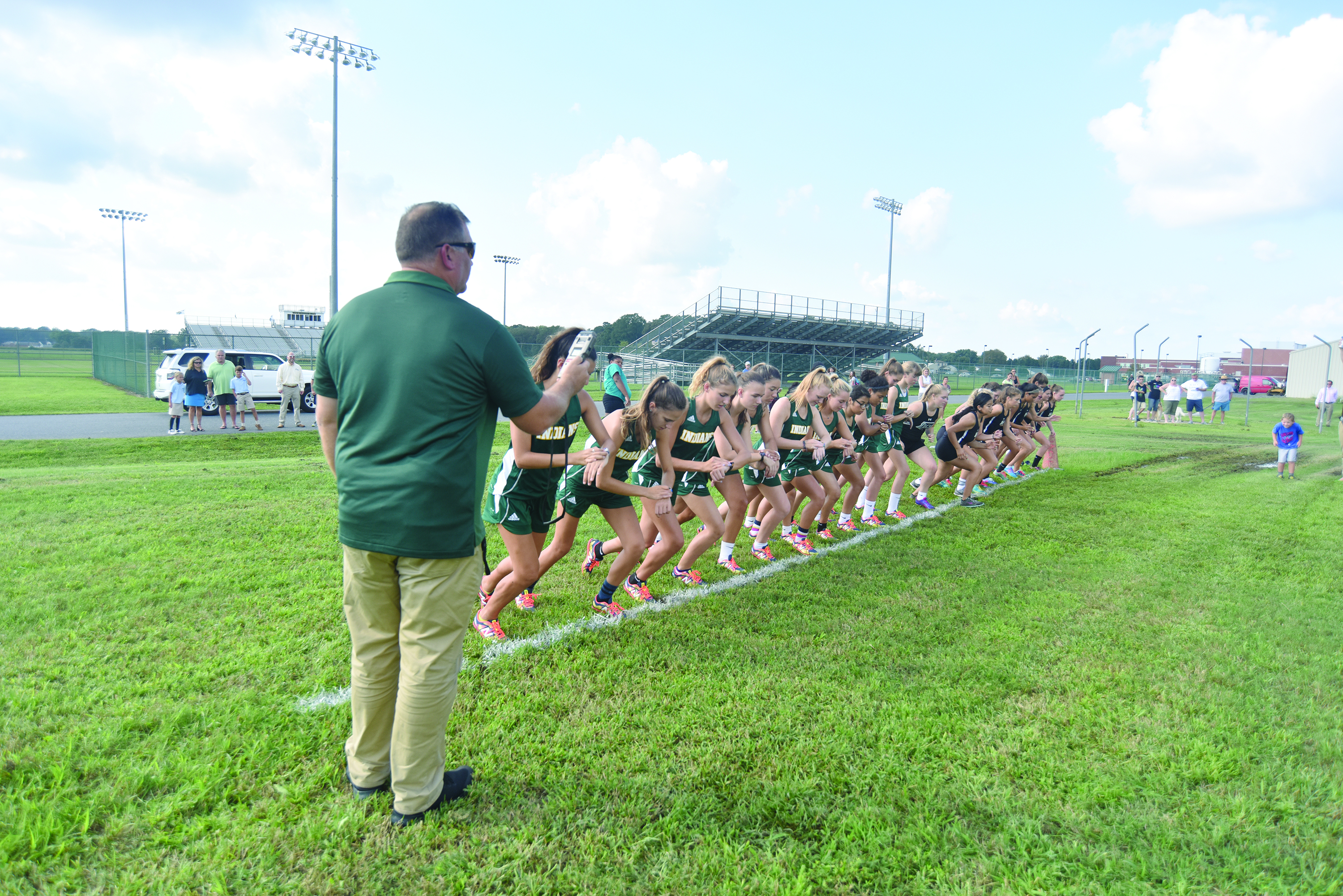 Indian River High School’s cross-country team suffered a setback in their home opener, losing 21-34 to rival Sussex Tech last Wednesday, Sept. 19. Tech entered the meet with two wins in their pocket and maintained their perfect record so far this season.

IR senior Patrick Spencer was the team’s first male runner to complete the 3.1-mile course, which was still muddy in spots from recent rains, especially the night before. Spencer covered the distance in 18:55, but was 0.39 seconds slower than the first runner to reach the finish line — Tech’s Ryan Morrow.

“It’s very humid because of all of the rain we’ve had lately, like [Tuesday] night with the downpour,” Spencer described. “It just makes all of it humid. Once you’re on the course, you’re straight in the forest, and it’s hot — there’s nothing but heat all around you. It feels great — it feels really good to be first in for our team. Hopefully, we’ll be first overall.”

Morrow’s takeaway was the speed of the course, despite muddy conditions.

“The course was real muddy, but it’s flat and it was a fast course,” Morrow said. “It’s got a lot of 180-degree turns that slow you down, but it’s one of the fastest courses in Sussex County.”

Sarah Roehl was IR’s first female runner to cross the finish line at 23:27.

“The course was definitely a challenge with the rain [Tuesday] night,” Roehl said. “But I think our team handled the course very well. We knew how to strategize to run as fast as we could under the circumstances we were under.”

For first-season IR head coach Steve O’Boyle, it was disappointing losing his first time out, but he’s positive about his team. He said he is confident wins are in their future.

“The boys’ times are going to definitely be skewed, because this course is underwater,” said O’Boyle. “I think most of Sussex County is underwater at this point, so they had to deal with that. And I didn’t put everybody in race shoes yet, as we’ve been doing some hard workouts this week. So the times that I saw today were right where they need to be to continue growing. A lot of them of them are young runners, and this is their first time running a 5K, so I’m real happy with it.

“The training and experience I’m bringing to them is everything I can offer them, and if I can coach with love, that’s going to be half the battle. All the experience in running and track, and lots of cross-country races — collecting all of that knowledge, sorting it out and giving it to the kids, is my main goal right now. Understanding your 200 pace for 5K, what is your pace right on down the line...

“You have to train for it. Every practice has a purpose. Nothing is free, nothing is given. You have to work for everything,” he said.

After looking at the result sheets, Sussex Tech head coach Martin Rodrigeuz said, “They all did great. A lot of personal records were broken today. The kids are working hard. They’re committed, and I see a lot of good things ahead for them.

“I didn’t think the mud bothered us,” he added. “We have the same situation, and we were at White Clay, and it was muddy. So that is an issue, no matter what. If you’re a great runner and there’s mud, something is going to happen.”

The Indians’ next meet will be Wednesday, Oct. 10, when they will host a quad meet at 4 p.m. Competing teams include Caesar Rodney, Poly Tech and Sussex Academy.