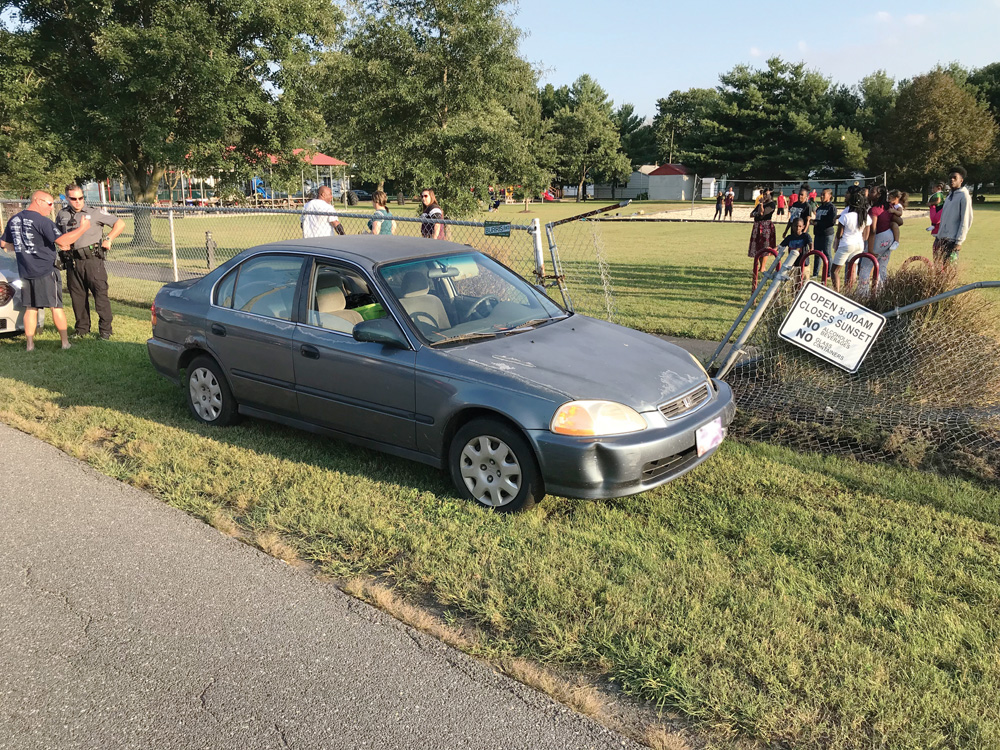 A Frankford woman has been charged with DUI and endangering the welfare of a child after police said she struck a fence at Frankford Town Park on Sunday, Sept. 30.

According to Cpl. Melissa Jaffe of the Delaware State Police, at 5:08 p.m. on Sunday, Brenda Cannon, 61, allegedly drove a Honda Civic through the fence off Hickory Street. A child was in the car at the time of the incident, and suspected drug paraphernalia was found in the car, Jaffe said.

No one was injured in the crash, even though there were children playing in the area and a picnic was being held nearby in the park. Frankford Town Council Member Skip Ash said a 25- to-30-foot section of the fence was damaged and will have to be replaced.

Ash, who was among members of the Frankford Volunteer Fire Company responding to the crash, said Cannon had just left the parking lot at the park and was on the street when she “gunned it” and crashed through the fence.

Cannon was taken to Delaware State Police Troop 4 in Georgetown, where she was charged with: endangering the welfare of a child while DUI; failure to comply with taking of fingerprints and photos; possession of drug paraphernalia; and driving a vehicle while under the influence of alcohol. She was released on $3,250 unsecured bond.

Ash said Cannon will also be responsible for the cost of repairing the fence, which he said will be a high priority, with several events scheduled in the park in the coming weeks.