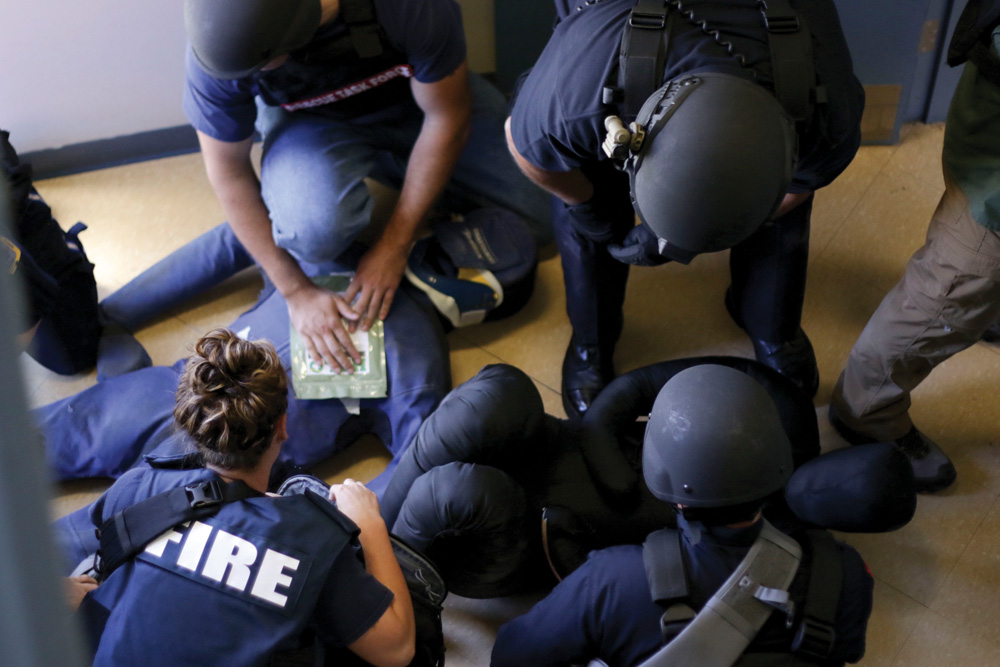 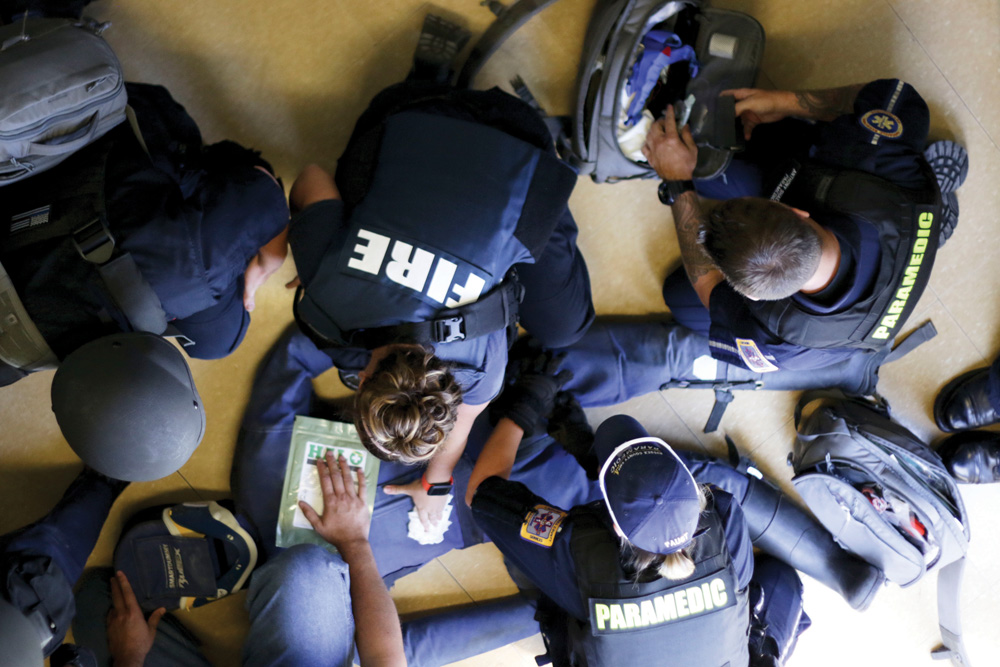 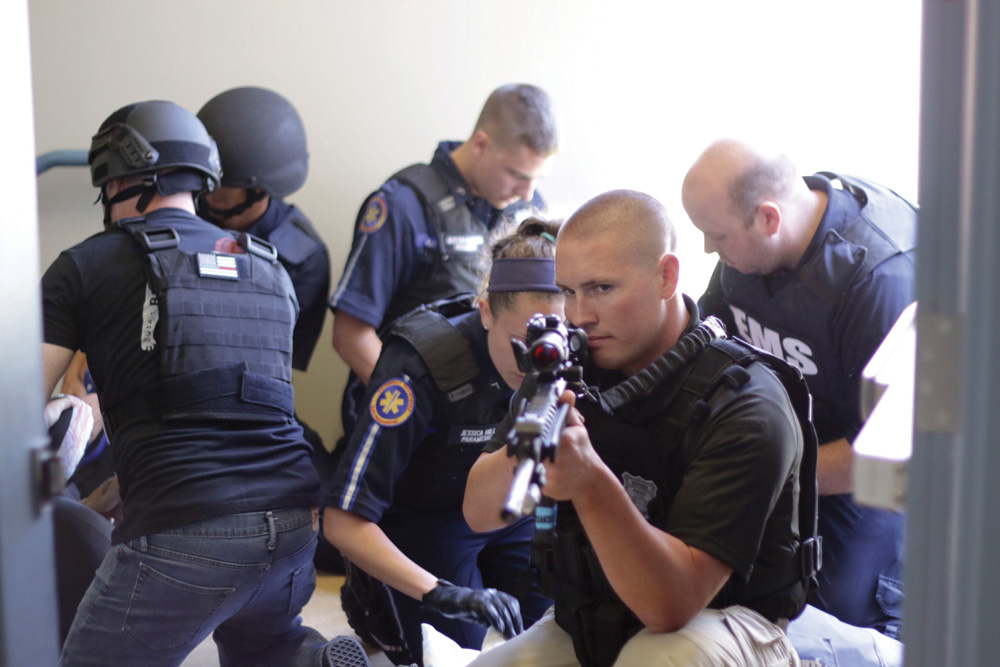 Emergency services to hold drill in Ocean View on Sunday

For those who work in emergency services, preparing for the worst is part of the job. This Sunday, area emergency responders will be training for the unimaginable.

On Sunday, Oct. 14, from 1-4 p.m., emergency services personnel will be taking part in Rescue Task Force (RTF) training at the Ocean View Church of Christ.

“It’s the type of training that is incorporated with active-shooter response for that type of event. RTF is where teams of police, fire and EMS partner together and go into an active situation,” explained Ocean View Police Department Sgt. Rhys Bradshaw.

“It’s not a hot zone — we call it a ‘warm zone,’ which has already been cleared by the first responding officers. Then they bring fire and EMS in to start treating people and evacuating them out of the area, to save lives. They call it ‘the golden hour’ — when you can treat people within that golden hour, their chances of survival increase dramatically.”

“Columbine was the big thing where you saw first responding officers respond, formed a perimeter and waited for SWAT. A bunch of people at Columbine died from injuries as a result of that. That’s the way they were trained. But now, if it’s a Sunday morning and there are shots fired and I’m the only one working, I go in by myself and try to neutralize the threat. That’s how we’re trained now. We don’t wait — we go in.”

“It’s important to train, train, train for an event that you hope never happens,” he said.

This weekend, the training has moved to a church down the street, but the scenario will be just as real.

“It’s important to go to different locations, because you never know when or where it’s going to happen,” Bradshaw said. “Church of Christ is also partnering with us, where a lot of their parishioners are volunteering to be actors for the scenario and are going to participate.”

The scenario is being run by a private company that will be overseeing the training, in which those participating will be going into the situation without knowing what to expect.

“Not even Chief [Ken] McLaughlin knows. Sunday, they’ll be in church service and something is going to happen. That’s all we know.”

Bradshaw said response to the church will be based on how many officers are working that day and where they are in the county. While not all working officers will be physically responding, those who are participating in the event will respond in the time it would normally take those officers on the road.

Training such as this is considered critical for police departments throughout the state, as Delaware State Police doesn’t have a fulltime SWAT team.

“Most agencies have a little tactical team they can put together if something happens. But there’s no fulltime SWAT team sitting around 24 hours a day, seven days a week, just waiting for this type of event to happen,” said Bradshaw. “That’s why it’s important for the patrol officers who are out there every day to train for this type of event — because by the time a SWAT team gets there, it’s going to be over.”

Aside from larger exercises like the one scheduled for Sunday, Bradshaw said it is also vital for agencies to train throughout the year, to make sure they are prepared for the worst-case scenario.

“There’s lots of stuff we can do. We work on tourniquet drills all the time, room-clearing, just anything like that. Some slow nights during the winter, we’ll call Millville, and if they’re not busy, we’ll practice movements through the hallways, patient evacs, carrying people… Little things like that we practice to stay fresh on everything. They’re skills that if you don’t use, you’ll lose it.

“Stopping the killing — which is the first part — is quick. It’s stopping the dying — the medical part — that’s the part that takes the time.”

Ocean View Church of Christ is located at 55 West Avenue in Ocean View. Law-enforcement said they don’t expect the exercise to impact traffic but are recommending that members of the public avoid that area between 1 and 4 p.m. on Sunday, Oct. 14.