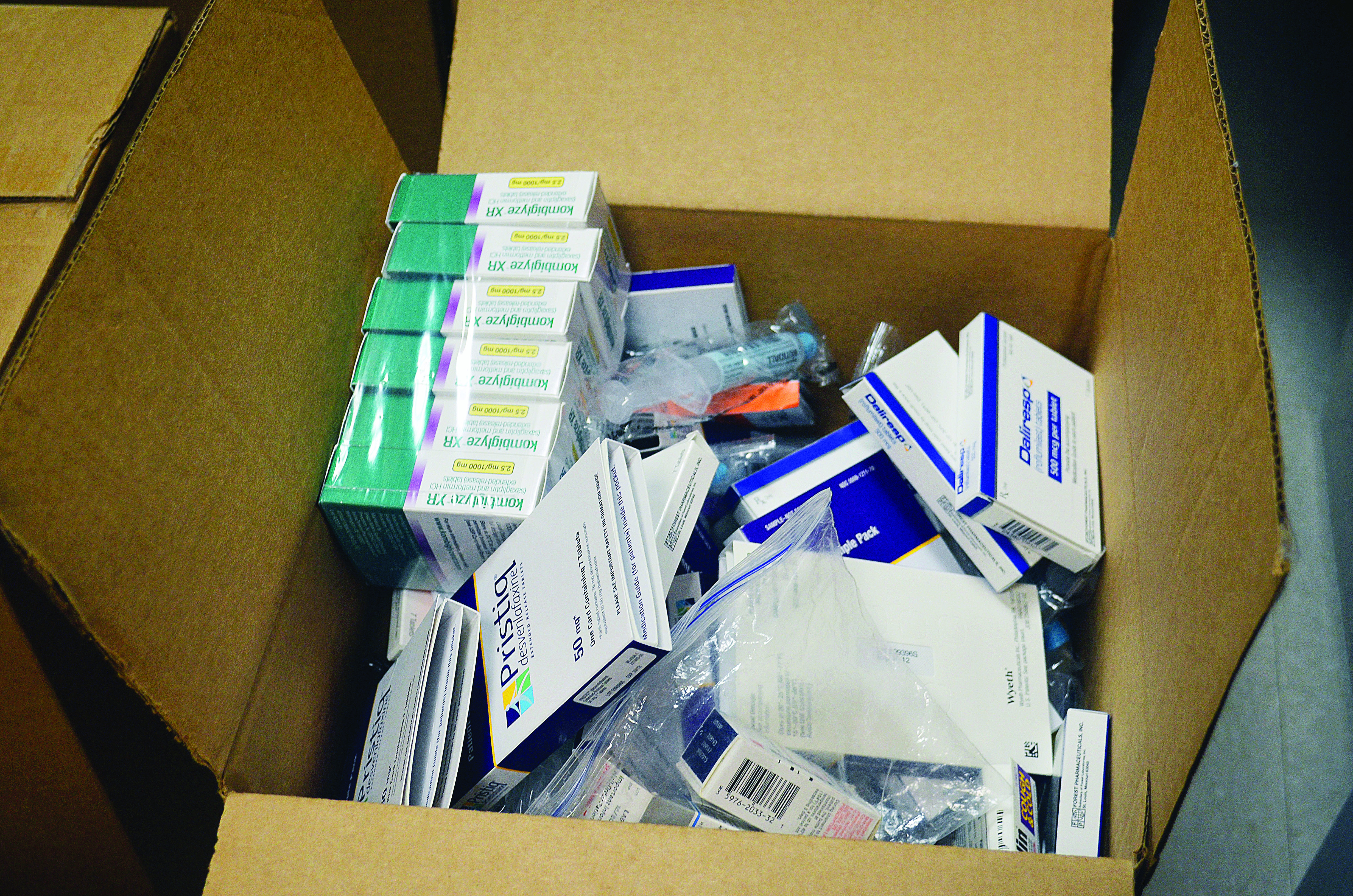 The Ocean View Police Department is one of many in the state and across the nation participating in the U.S. Drug Enforcement Agency’s (DEA)National Prescription Drug Take Back Day, which aims to provide a safe, convenient, and anonymous means of disposing of prescription drugs.

The DEA started the program back in 2010; the Ocean View Police Department started participating in 2011.

“Historically they do it twice a year—one time in the spring, one time in the fall,” said OVPD Captain Heath Hall. “The Chief [Ken McLaughlin] had the idea that, ‘well, if we do it on those days, why don’t we do it year-round?’  We actually took an old decommissioned mailbox, painted it, and stuck it in our lobby.”

Then, in 2015, the department learned about CVS Pharmacy’s Safer Communities Program, which provides departments with medical return boxes free of charge.

“We continue to use that today,” said Hall. “Once a quarter they email me wanting to know how much weight we’ve collected, I email back and that’s the only requirement. It’s very nice of them; it’s a good program.”

According to the 2016 National Survey on Drug Use and Health, 6.2 million Americans misused controlled prescription drugs. In April of 2018, the DEA was able to have a total of 949,046 lbs. of medications collected from nearly 6,000 sites across the country.

“I’ve had anything from oxycontin to shampoo. We’ve had dog flea and tick collars in there. We get the full gambit,” said Hall, noting the only thing the department does not accept in its drop-off box are needles.

Hall said while the DEA only holds collection days twice a year, the department collects on a daily basis.

“That box is used every day. I can’t think of a day when we’re open when it’s not being used,” he said, adding he empties the collection box at least every other month and has around ten boxes of collected medications ready for the DEA prior to the collection day. “All the boxes [of medications] we collect throughout the year we dispose of on that particular day.”

“People that are addicted to these opioid drugs will literally do anything to get them. They’ll steal from their own family, they will sell family heirlooms, pawn whatever they can to get money to buy these things,” he said. “A lot of our crime in this area revolves around the opioid addiction. It’s consuming us. It’s a terrible thing. This is just one way we can get some of these pharmaceuticals off the streets, in a safe, convenient, responsible way. It helps the environment, also. It keeps them out of our water table.”

For more information about the U.S. Drug Enforcement Agency’s National Prescription Drug Take Back Day and to find collection sites in your area, visit takebackday.dea.gov. The Ocean View Police Department is located at 201 Central Avenue in Ocean View. The department can be reached by calling (302) 539-1111.