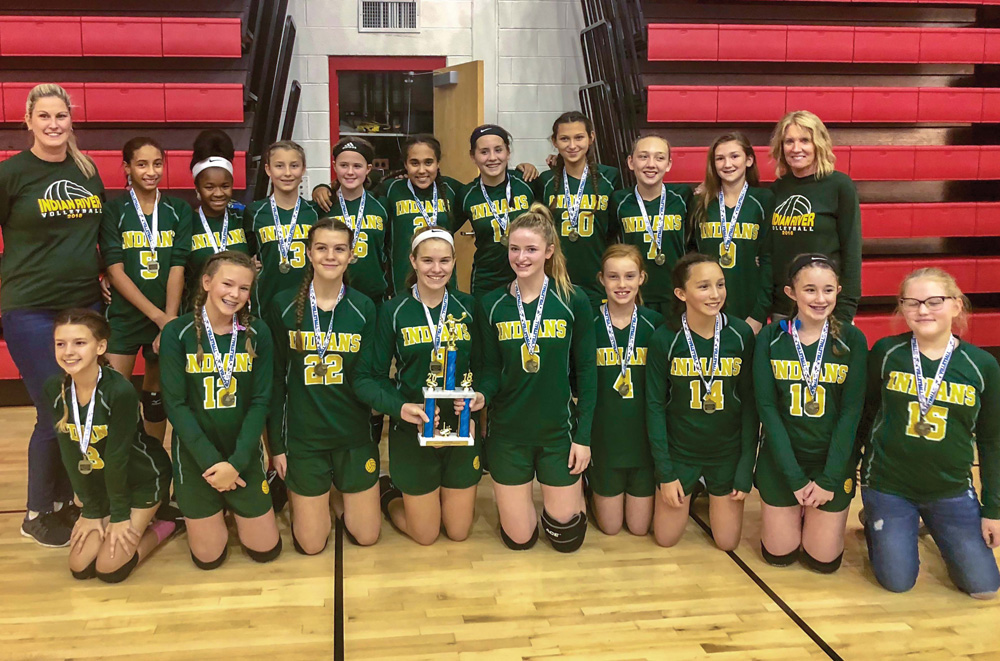 They finished the season 9-0 in their regular-season matches.

They never dropped a set. Not one. None. Zero. Zilch. Nada.

Their closest set during any of their matches in the regular season was a 25-21 score against Beacon.

In the state invitational tournament, their efforts and record in the regular season to that point earned them a seed in the top bracket against many similar teams with unbeaten marks.

And if it isn’t obvious by now, “they” would be the Selbyville Middle School girls’ volleyball team.

Their 2018 campaign was one for the record books, and one that will be looked back on in future years as quite possibly the greatest group of girls to hit the court at Selbyville.

“It was just amazing, an amazing year,” head coach Sally Craig said. “It’s was a storybook season, really. I liked to tell the girls to take it one match at a time. Bill really thought that we could go undefeated,” she added of volunteer assistant coach Bill Croal. “I tried to keep things more grounded, with one match at a time, but we certainly did it.”

In the finals, the Indians faced their toughest test of the season, but passed with flying colors thanks to a 2-0 win over H.B. DuPont. The sweep came with set scores of 26-24 and 25-17.

“The girls played really smart and had a goal in mind at states to win it,” Craig continued. “By golly, they did it. We came from behind in the first set in the final, and then we really started to pinch ourselves, like, ‘This is really gonna happen.’ Like I had said before, it really was a total team effort. Everyone was on Cloud 9 afterwards.”

Craig was assisted by Lisa Stetler, Tanya Ehlers and Croal.

“These girls really came together and played well with one another,” Craig concluded. “They enjoyed playing every time out, and we really enjoyed coaching them.”