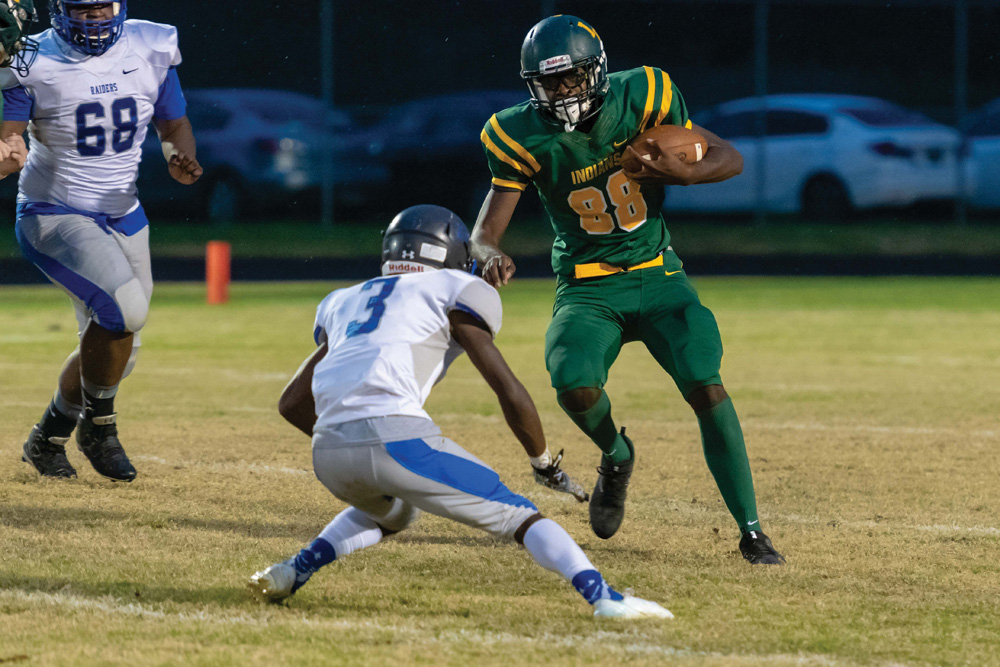 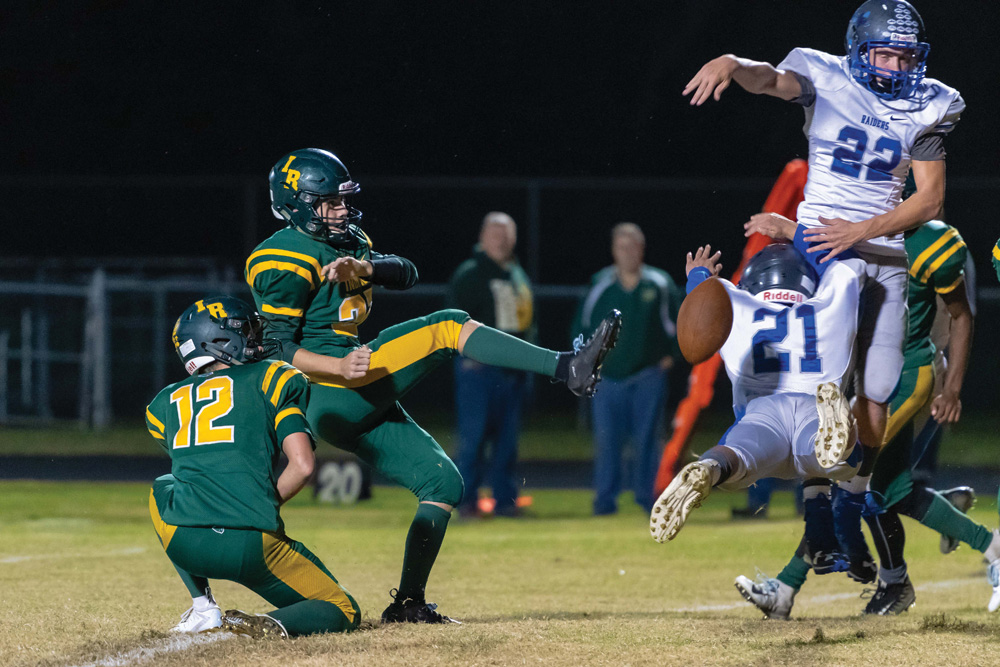 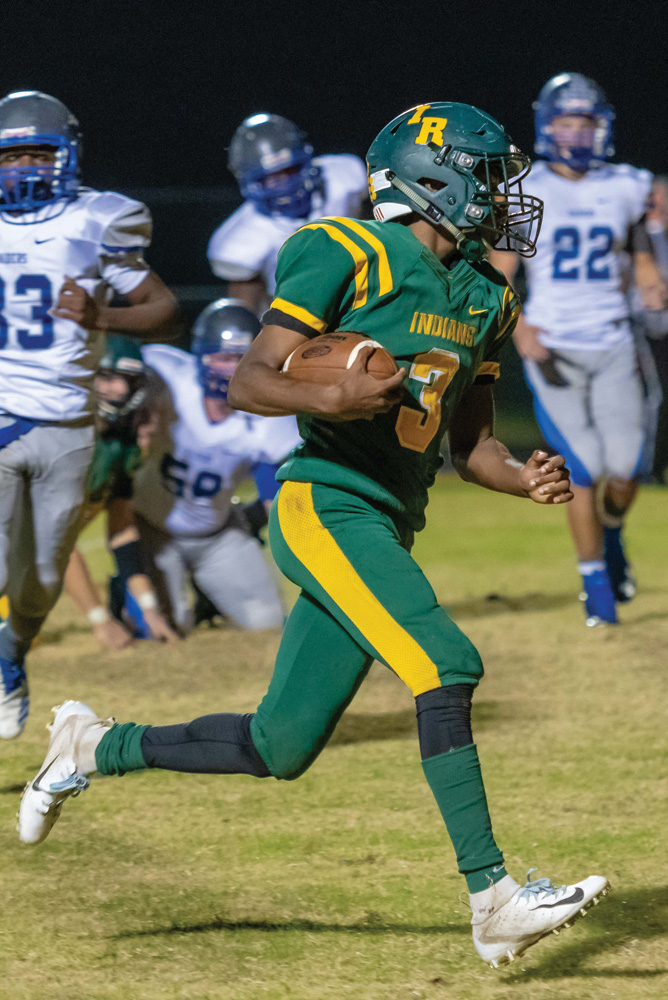 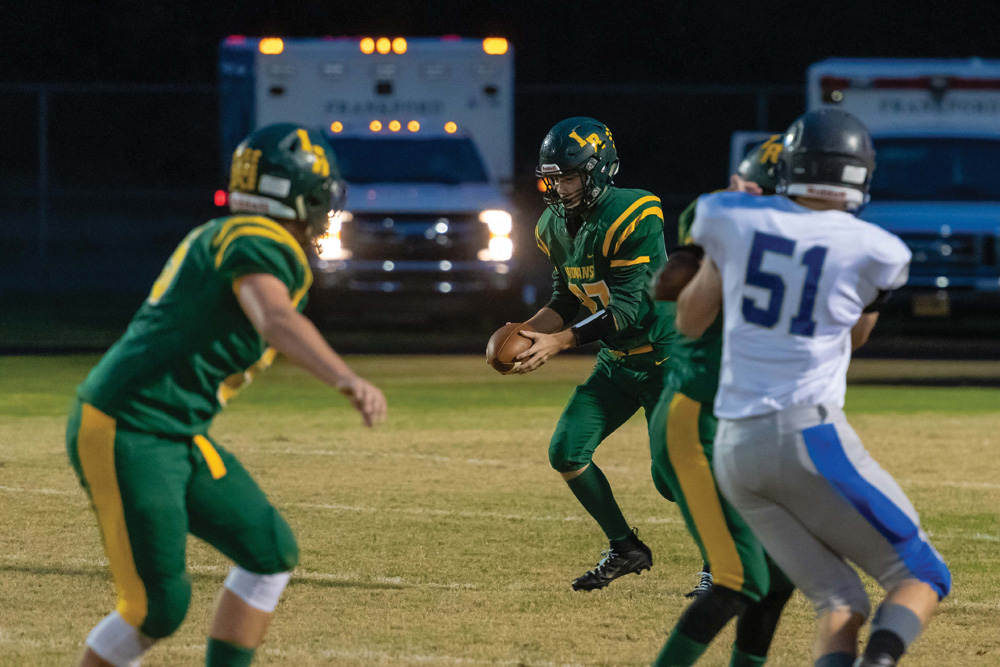 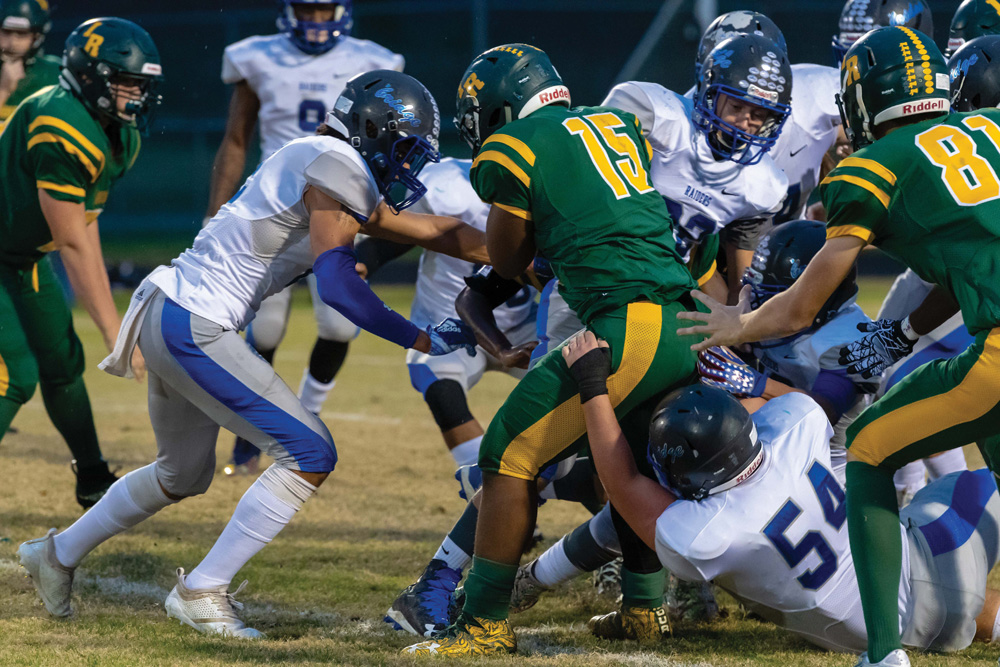 Indians fall behind big early in loss to Raiders

Growing pains come in all forms during the course of a football season.

Unfortunately, for this year’s Indian River High School team, those growing pains have been just as tough physically — if not more so — as they have been in other areas.

Many others missed games or parts of games throughout the course of the season, and those losses all took their toll on the Indian River football program this year.

That excessive amount of injuries has certainly been no more evident than last week in a meeting with Woodbridge on the Indians’ Senior Night. Close to a dozen Indians lined the sidelines for the Green-and-Gold, among them Shaner, Anderson and Killen.

With a Top 5-ranked Woodbridge squad looking to continue preparing itself for the DIAA state playoffs, the shorthanded Indians were facing a very difficult challenge, and the Raiders used a 46-point first quarter to cruise to a 52-14 win over IR.

“I think having the younger group of kids, the mindset and going up against Goliath — they just shut down on us,” a dejected IR head coach Phillip Townsend said after the game. “From the get-go, we were just flat-footed. In my opinion, we just weren’t ready to play tonight. We had a good week of practice, and sometimes that just doesn’t show on the field.

“I tell the guys to take advantage of every opportunity, and we just hope that they are hearing the message that we are putting in their ear. Hopefully, this time next year, this game means a lot more than it did for us tonight.”

The Indians ran just 56 plays in the game, for 151 total yards (averaging 2.7 yards per play), and turned the ball over three times, with a pair of fumbles and an interception.

Sophomore Reagan Dunn — the team’s fourth-string QB — was the IR signal-caller in the game, with regular starter Tyler Bowen and back-up Reese Stone both out due to injury. Dunn’s lone completion went for 6 yards, to Nicholas Angelo. Shaner, the team’s starting QB to open the season, before his injury, started the game under center for one play, for his senior sendoff.

On the ground, the Indians were led by senior Reshawn Turner’s 106 yards on 22 carries. Turner ran the ball in to convert an IR 2-point conversion.

Junior Ta’Jon Knight rushed nine times for 40 yards, including a 3-yard touchdown in the second quarter. Knight also returned a kickoff 80 yards for the Indians’ other score.

Senior John Martin also got to carry the ball for the Indians — his first carries of his four-year career — toting the rock four times for 15 yards.

Woodbridge, on the other hand, had a very productive night offensively. They scored four touchdowns on their first four plays and covered 366 yards on just 29 plays.

Quarterback Troy Haynes completed all three of his pass attempts for the Raiders, for 133 yards and three touchdowns.

Woodbridge picked up 233 yards on the ground, which was spread out over several different players on 26 carries. They also scored four rushing touchdowns.

The Indians were set to finish up their season with a trip up to Sussex Central on Thursday evening, Nov. 8, for a 5:30 tilt against the 8-1 Golden Knights. As of Coastal Point press time on Wednesday, Central had registered six shutouts defensively this season, including two sets of three straight shutouts. They had most recently shut out Polytech (42-0), Cape Henlopen (43-0) and Caesar Rodney (39-0) in their last three games. Their lone loss came back on opening night of the season, to Hodgson Vo-Tech (26-6).

Check out the Coastal Point sports Facebook and Twitter pages for scores and updates through the Nov. 8 game.