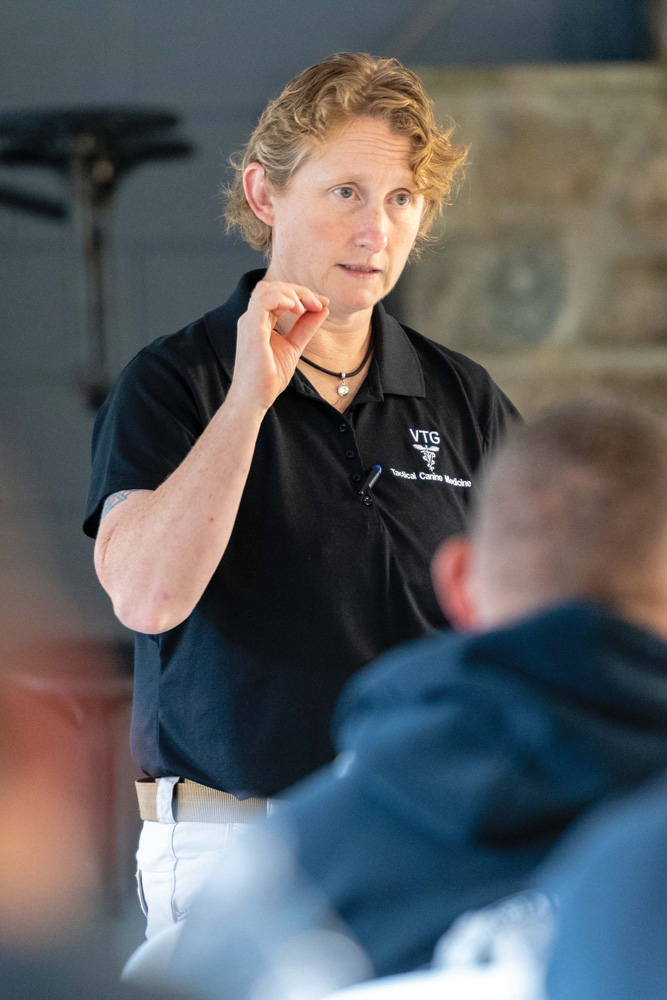 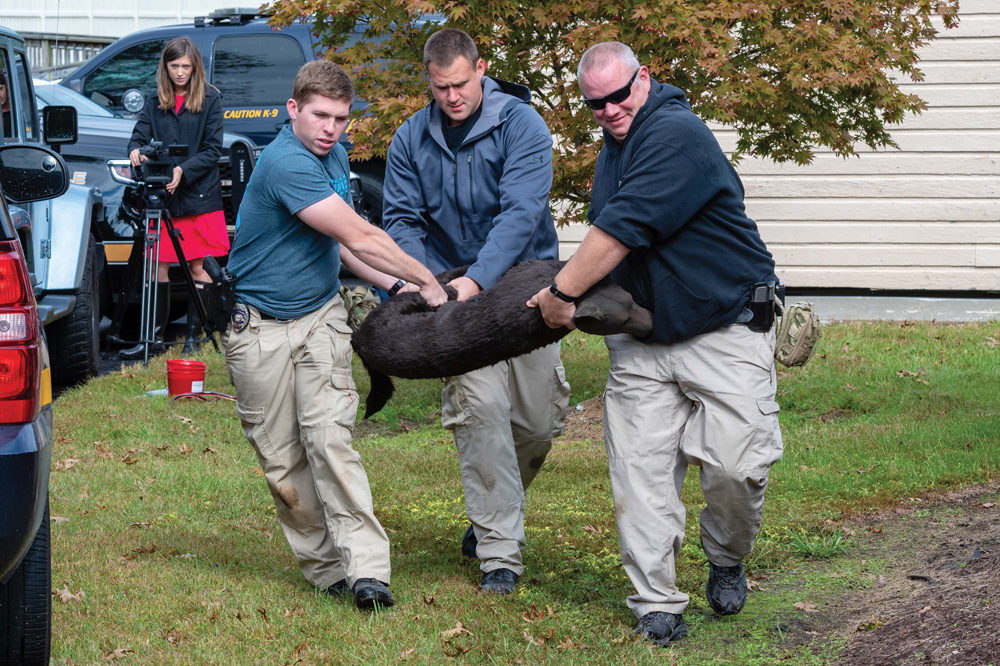 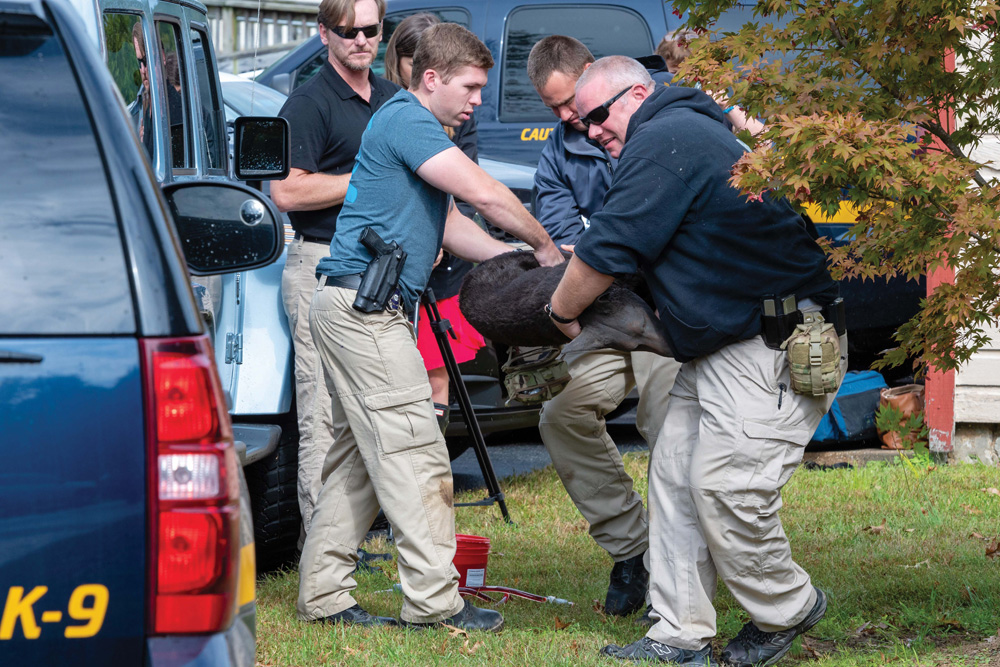 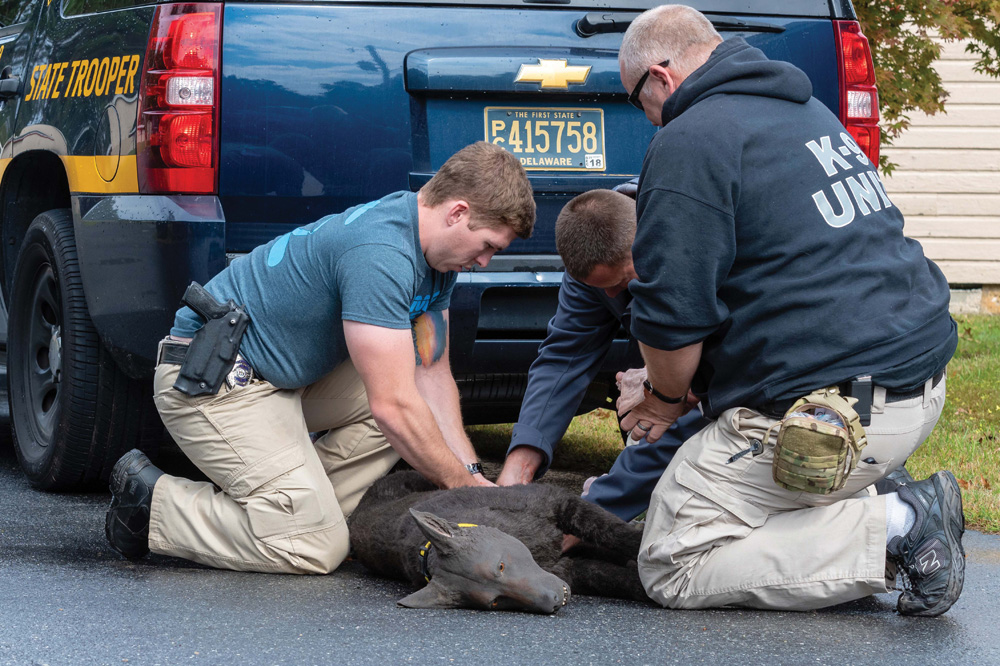 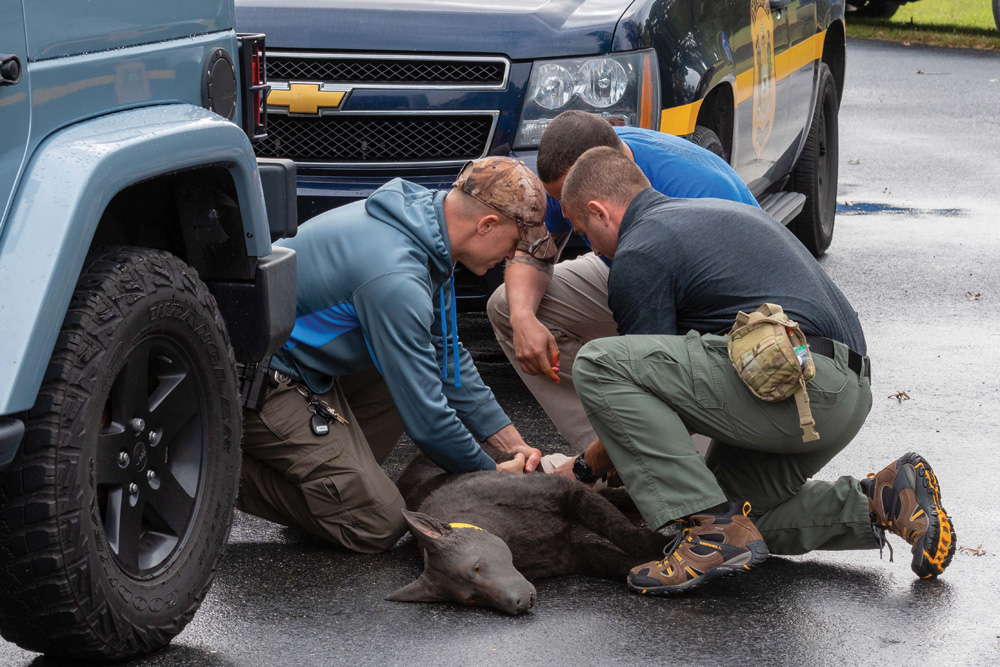 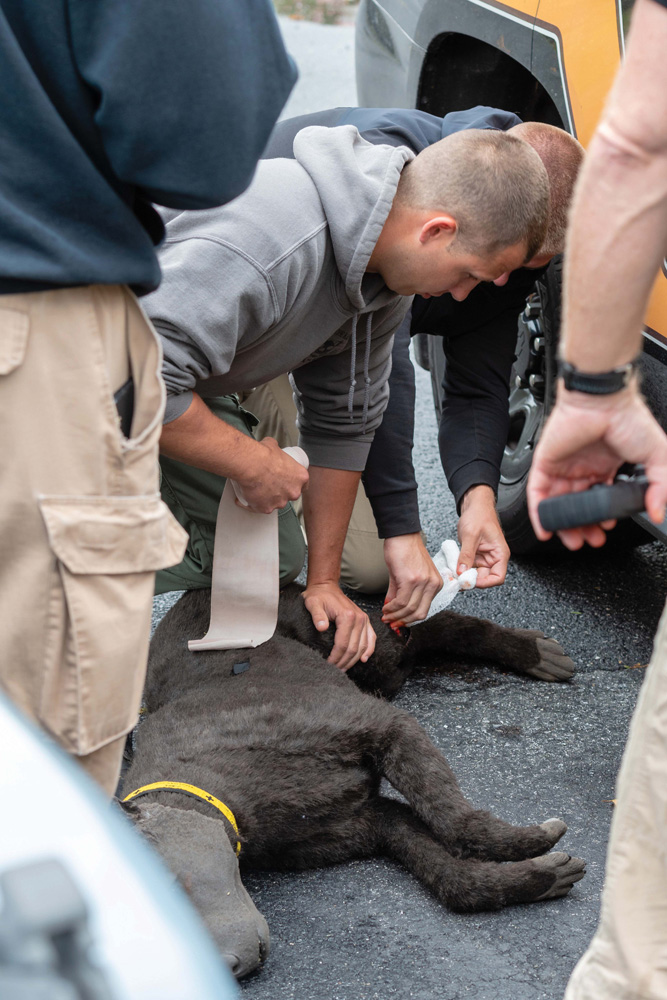 When Ocean View Police Department’s Cpl. Justin Hopkins saw a need for other K9 handler officers in Delaware to get medical-related training for their four-legged partners, he decided to do something about it.

“They’re our family,” said Hopkins of his partner, Hardy.

Hopkins, who received the training a few years ago, organized a fundraiser in August with the hope of raising $25,000 in order to provide two-day tactical canine medical training to the 50-some K9 officers throughout the state.

With more than half of that goal reached, an initial class was taught at Camp Barnes in mid-October, to 25 K9 handlers. Participating agencies included Delaware State Police, Laurel Police Department, Dover Police Department, Department of Corrections and even the Sussex County Paramedics.

“That’s me being a little bit selfish, because they’re the ones who are going to be on-scene when my dog gets injured,” said Hopkins of the paramedics.

“Because of Justin’s fundraising efforts, we were able to make this class free for everybody,” lauded Ocean View Police Chief Ken McLaughlin.

Hopkins raised $16,000 initially and was able to host one training session with Veterinary Tactical Group for 25 officers from throughout the state.

“We are teaching them tactical medicine for working dogs. It’s different than first-aid,” explained Dr. Janice Baker, owner of Veterinary Tactical Group. “It’s treating dogs with serious life-threatening injuries that have occurred in the line of duty in more tactical situation… So, gunfire, stabbings, things like that, when there’s still an active threat.

“Basic canine first-aid is typically what officers learn, and that’s daily care, minor injuries, how to recognize health problems. This training is from instructors that are experienced in treating seriously injured dogs in the field. They get a lot of hands-on training scenarios in increasingly difficult situations, so by the time the course is over, they’ll automatically react and do the right treatment, regardless of noise, distraction, darkness.”

Baker, a veterinarian, has a military special-operations background said that 15 to 20 law-enforcement dogs are killed in the line of duty each year.

“About twice that many are injured. Unlike in human medicine — when an officer is injured, they’d go to a trauma center from the scene — a dog’s handlers may be their first-responders. We teach them skills that will help keep the dog alive until they get to the veterinarian.”

Veterinarians, said Baker, don’t get specific training on how to treat dogs with field wounds.

“We get very little emergency training in school. You can specialize in emergency medicine and surgery after you graduate and are out of school, but there’s no express program for this,” she said, noting that they are trying to take the concept to civilian veterinarians.

Baker’s team of about 20 instructors works in various fields, including paramedics, dog handlers and veterinarians. Most of them have a military background.

“When I was in the military, my colleagues and I were tasked with developing a tactical combat casualty care for dogs. I did that for several years in the military as my job — training K9 handlers,” Baker said.

“When I was getting off of active duty, two of my colleagues and I, we all realized we were so fortunate to get all this experience and training — deployed six times overseas. We had all this experience and training that was going to go to waste once we left. We wanted to take that out to the civilian law-enforcement world, because their dogs are getting injured just like our dogs.”

Over the course of the program, K9 handlers had classroom time, but then were expected to take that knowledge to the dogs — using life-sized canine mannequins.

“Some dogs can have serious injuries but they don’t react right away because the physical effects haven’t taken affect. Those dogs may run off — they may look perfectly normal, sometimes they’ll look agitated, sometimes they’re unconscious and not moving at all,” said Baker, noting that the training simulates varying scenarios, including dogs becoming injured and running or becoming combative.

“It’s literally all the same principles here, but retrofitted for dogs,” he explained. “This is the initial training for a lot of guys here. There are probably some here who didn’t get the human equivalent of this training.”

Hopkins said while the 25 officers will receive the two-day training, it will be important for them to practice the skills they learn.

“These are all perishable skills. They try to make it so they are retainable skills, with acronyms and things like that.”

Hopkins is still in the process of fundraising for a second class with Veterinary Tactical Group to train the remaining K9 officers in Delaware who have yet to receive the specialized training.

“At the end of the day, it’s a relief that we at the police department were able to get to this point and put it together,” he said.

Currently, the department is continuing its fundraising efforts with a raffle for a 2018 Jeep Wrangler donated by Preston Automotive Group. The drawing will be held on Saturday, Dec. 22, at 1 p.m. at the Millsboro CDJR. Tickets cost $10 each or $25 for three, and are available for purchase at the Ocean View Police Department on weekdays from 8:30 a.m. to 4 p.m. If less than $26,000 is raised, the raffle will be a 50/50 cash split.

“A Jeep is a great beach vehicle!” Hopkins emphasized.

“We recognize that the Ocean View Police Department worked very hard to get this class using public donations,” added Baker. “We really appreciate that. We appreciate how enthusiastic the community was to get this down here. They might not have been able to do this training without it.”

Donations may also be made at the Ocean View Police Department or through Fraternal Order of Police Lodge 16.

“We’re still accepting donations — by all means, we’ll take your money all day,” said Hopkins, adding he’s excited to give other K9 officers the opportunity to learn life-saving skills for their partners. “To see these guys get this training is just overwhelming. It makes me feel good at the end of the day.”

The Ocean View Police Department is located at 201 Central Avenue in Ocean View. For more information about the department’s fundraising efforts, to make a donation or purchase raffle tickets, call (302) 539-1111.