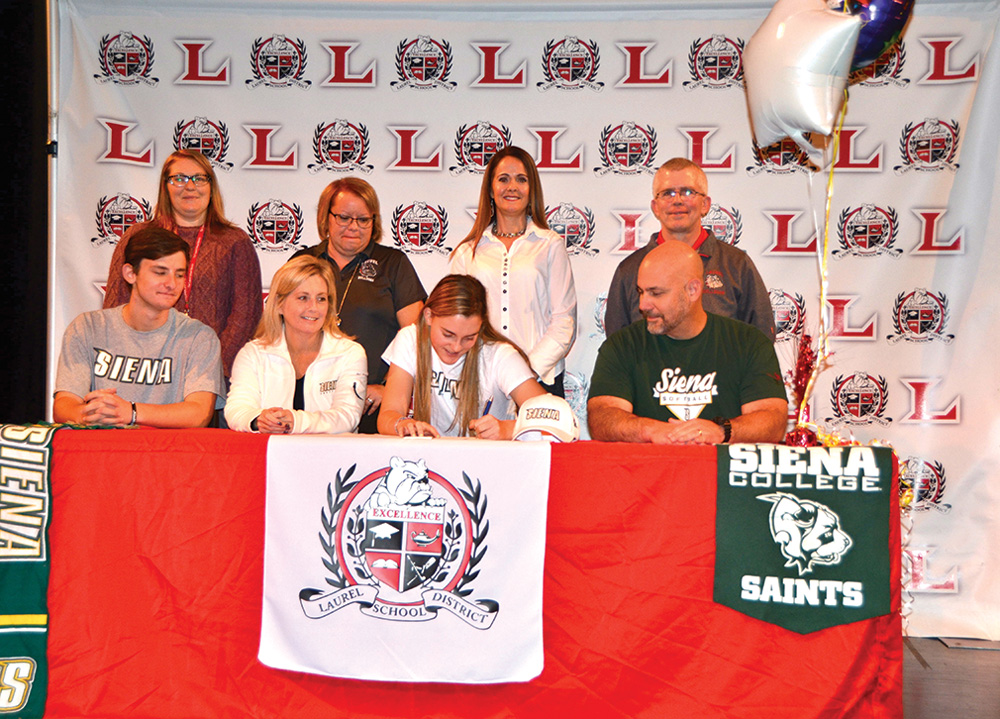 Nicolle Patille of Ocean View transferred to Laurel High School last year and became a leader on its young softball team. She enters the 2019 season as a senior, having already officially committed to attend Siena College in Loudonsville, N.Y., where she will continue to play softball.

“It’s always good to know where you’re going and have a direction in life,” said Patille. “I walked on campus, and it fit like home. I knew immediately. You get that sense when you walk on campus whether you’re going to like it or not, and I knew I was going to love it.”

Laurel athletic director Jerry Mears said Patille blended in with the Laurel softball team and became an instant leader as the team’s pitcher. She becomes the first Laurel player to sign with a Division I school since Regan Green signed with Mississippi State in 2015 (before transferring to Baylor in 2018).

Playing Division I softball, said Patille, has “always been the goal — that and academics. … “That’s every girl’s dream — to be able to play softball at any level.”

Laurel varsity softball coach Jodi Green, who takes the helm again after leading the Bulldogs to a pair of state championships in the past, received a call from Patille and her family three years ago, looking for advice on travel-ball coaches. Now she is coaching the senior hurler.

“You’ve heard that it take a village. To raise a Division I athlete it takes a village and a half,” said Green, mother of Laurel alums Regan and Logan Green.

“You see better competition, and you’re in the most competitive environment, other than college,” Patille said.

She was raised to get her school work done before playing sports and is in the top 10 in her class academically.

“That’s the way it is with college — you always have to keep your grades up to play in college,” she added.