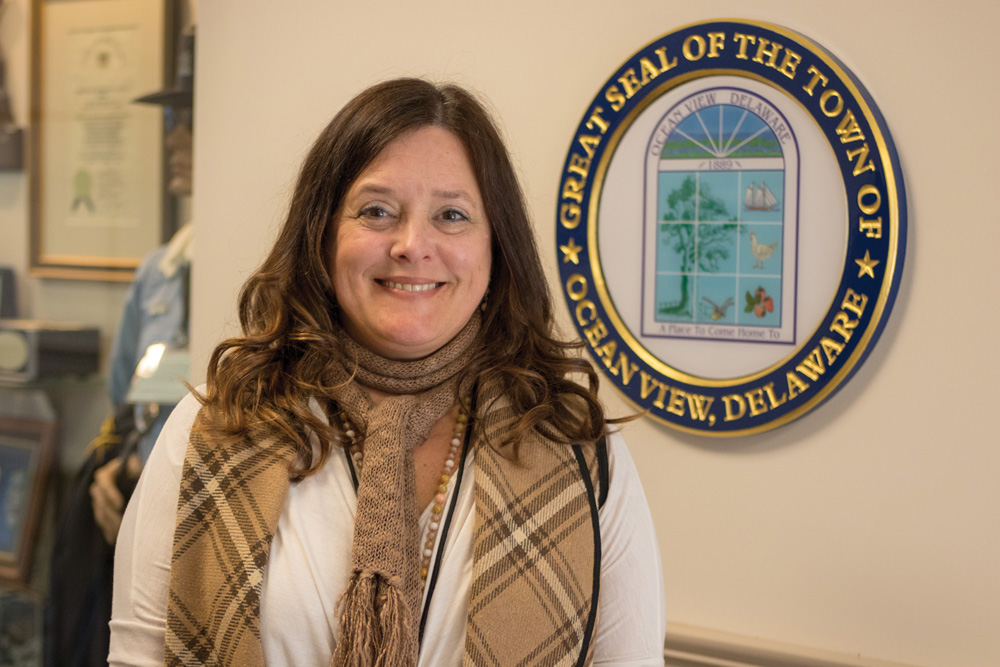 There’s a new town manager walking the halls of the Wallace A. Melson Municipal Building, and she is bringing a wealth of experience.

Carol Houck, who is originally from Philadelphia, has been in public service her whole career. She studied recreation management at Penn State University and received a master’s degree in public administration from Temple University.

“I had worked my way up from the parks department to city manager over that 27-year period,” said Houck of her career in Newark. “So, I worked with every division of the organization and got to have a good handle on what everyone needed to be successful.”

During her tenure there, she worked 15 years as assistant manager and served as city manager for five years.

“I had a lot of exposure during my years in Newark to a lot of varied things that come up in local governments,” she said.

After “retiring” from Newark, an opportunity arose to work for Delaware City, which is where she had worked for the last year and a half.

“When this opportunity became available — with it being my goal ultimately to relocate here, having bought our house the year before in Ocean View — it was like, ‘I have to try.’ I’m very fortunate and happy to be here.”

Houck noted that a town manager’s job, in part, is customer service and marketing. She said she plans to work on the Town’s website and look into different ways to distribute information to residents.

“I would like to explore maybe a cable channel, so we have a government access channel. It’s a very quick way to get information out to everybody. If you can get people to tune in on a regular basis — even if it’s just once a week — you can keep people up-to-date on everything that’s going on.”

Having been active in many professional organizations, including Delaware League of Local Governments, City Managers Association and Women Leading Government, Houck said she already knows many of the other local town managers.

“We all work well together and support each other. If someone has an issue going on, somebody else has already dealt with it or some version of it. If you need somebody to bounce things off of, we’re all here,” she said. “We have a core group of really good-quality managers that I have the privileged of serving alongside.”

She noted that she is entering her service with the Town at the start of annual budget discussions and said she is excited to jump in.

“I’ve already met with the staff, and I’m very impressed with the level of effort and detail that they’ve already put into it,” she said, adding, “Our comprehensive plan update has already been awarded, to have AECOM come in and help. I’d like to discuss with mayor and council the opportunity for quality seasonal events that the Ocean View community can feel proud about and benefit from.”

Even though she only started in the job on Jan. 7, Houck said that, so far, she’s had great interactions with Town staff.

“I’ve been very impressed with the responsiveness of the staff. I’m very pleased there seems to be very good work ethic, and very well-organized.

“Everyone has been so welcoming and open. I like to have an open door. I want people to feel comfortable coming to me and tell me the things I need to hear. I like to have a team around me that thinks differently than me.”

Houck and her family have been vacationing in the area for close to 30 years.

“My good friend, who I grew up with — her husband’s family always came to this area. When we were having our first babies, I was coming down to her first beach house down here,” she recalled. “For all those years, we came and vacationed here. So, I’m very familiar with the area. When I was just retiring from Newark… We decided to buy with the idea that it would be where we would end up.”

Houck said she her main pull to the area, as it is for most, was the beach.

“I’m someone who gets refreshed by the ocean,” she said, adding, “I like the fact that Ocean View is more family-oriented.”

Having visited the area over 28 years, Houck said she’s seen firsthand the changes and growth.

“I understand that’s something that needs to be focused on to the extent that we can,” she said.