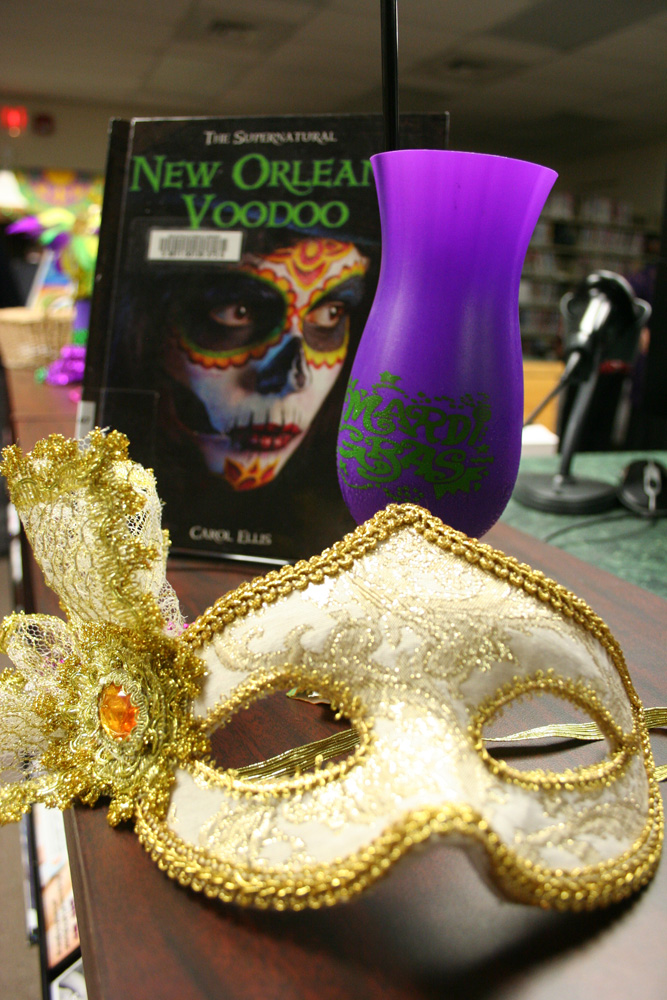 Live music and fine food will carry guests to the Big Easy at this weekend’s Mardi Gras benefit for the Selbyville Public Library.

New Orleans provides the lively theme for the event on Saturday, Feb. 16, from 6 to 9 p.m., hosted at the library itself, but the Friends of the Selbyville Public Library.

“This is our biggest fundraiser of the year. This one will be bigger than ever,” said David S. Nilsson, president of the Friends group. “We’ve got more sponsors and more attendees planned for this Saturday than the other two previous years.”

There will be a New Orleans-inspired buffet and cash bar with beer and wine. Sedona restaurant has planned a menu that is “right off of Bourbon Street. We’re going to have some chicken-and-sausage gumbo, shrimp jambalaya, crawfish étouffée … a king cake, and red beans and rice,” Nilsson said.

Live music will be provided by the jazz group Notes on the Beach.

Guests can win at the silent auction, 50/50 and “guess the number of beads in the bowl.” Some of the prizes include artwork, golf packages, a spa basket and Italian dinner date-night gift basket with wine.

“It’s going to be a fun time,” Nilsson said.

The Friends group provides crucial funding for the library, which serves the entire community.

“We fund all of the programs at the Selbyville library,” Nilsson said. “Unlike other libraries that get funding from the County for that purpose, 100 percent of the programing is funded by the Friends, so that means the summer reading program, the Haunted Library — which if you’ve never been through, you should — … and it brings people to the library.”

As the library’s fundraising arm, the Friends want to be ready for future growth.

Besides aiming for eventual expansion, the library still needs everyday repairs, being located in the historic former home of John G. Townsend Jr., who served as Delaware’s governor and U.S. senator.

“Of course, it’s in Sen. Townsend’s 1905 house. … There’s a lot of maintenance that needs to get done,” Nilsson said. “It’s a unique space, and it’s the most recognizable building in Selbyville, so we’re doing what we can to keep it up-to-date.”

“It’s a fun time. It’s a lively crowd,” Nilsson said. “The library’s a great place to hold a fundraiser because it’s a unique space. The silent auction is in Sen. Townsend’s office!”