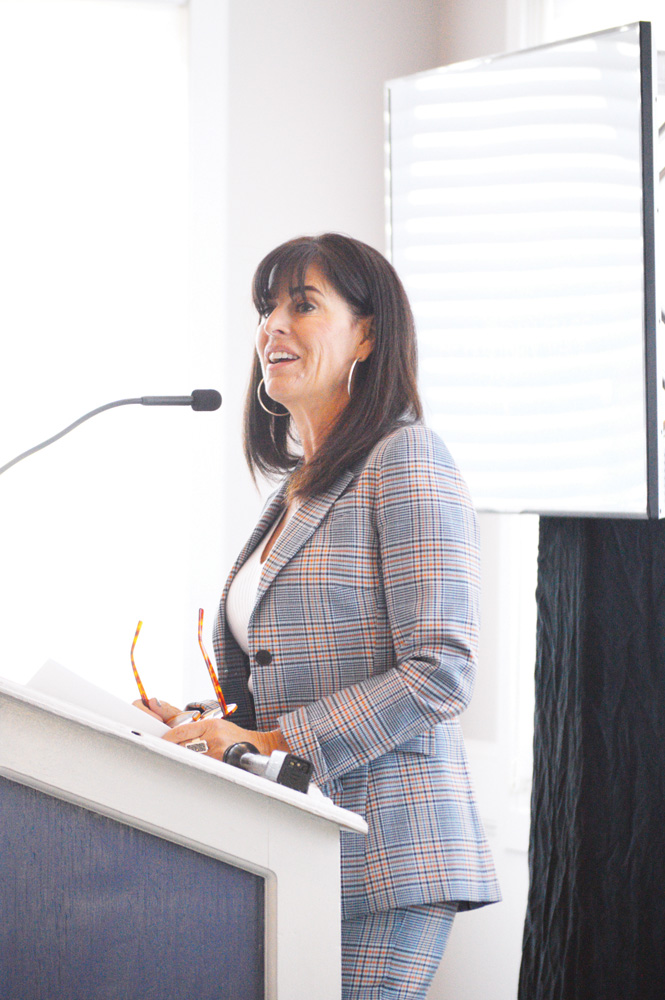 Only half of the 2019 lineup has been announced for the Freeman Stage at Bayside, but it’s already shaping up to be another banner year at the outdoor performing arts center on Route 54 near Fenwick Island.

Tickets for all shows will go on sale at 10 a.m. on Monday, April 1. Half of the season was announced March 12 near the stage in West Fenwick, and the second half will be announced March 26 in Rehoboth Beach.

This summer, as the stage grows, they’ll release more details about the future Coastal Arts Pavilion at Freeman Park, which will expand artistic opportunities. And all people will be welcome at the pavilon, said founder and chairperson Michelle Freeman.

“It will be open, and it will be a place where all people are welcome. … When I was 26 I was on food stamps. Now I stand before you today, the chairman of this foundation,” Freeman said. “Every human being who is sitting … as an audience member deserves our dignity — deserves dignity to watch a program and to expand their mind and their belief system. And that’s what the Freeman Stage is about.”

“Today we celebrate the arts and the impact they bring to the community,” said Patti Grimes, executive director. “With your support, over half a million patrons have enjoyed the arts presented by the Joshua M. Freeman Foundation. In addition to enhancing the quality of life around the region, our arts program fuels our economy.”

Although this week was the big headliner announcement, Freeman’s real work is during the school year. The mission of the Joshua M. Freeman Foundation is to provide memorable performances and arts education for all, including free art projects and performances for schools across the Delmarva Peninsula. Over the years, Freeman has provided more than 100,000 student interactions in free arts education.

The impact of a world-class performance on children is tremendous, said Fay Blake. As director of the “Pathways to Success” program for under-served youth, she said the students to be absolutely amazed by the 2018 ballet.

One student, she said, was so enamored of the ballet that “time stood still,” and they’re still inspired by it on bad days in their life. Another person was surprised to not only enjoy the ballet, but to imagine that someday their own children could dance like that.

“All of us — but especially young people — need a chance to find, to exercise and to trust our own voice,” said Delaware’s First Lady Tracey Quillen Carney. “The arts compel us to explore who we are, as individuals and as communities, both local and global. … The arts deepen our bond to each other, from overlapping histories to a shared future. I don’t know how to measure that impact, but I know it is profound, and I know the Freeman Stage is an integral part to doing that in Delaware.”

The Freeman Stage is a 501(c)(3) nonprofit organization that relies on sponsors and volunteers to bring world-class performances to Sussex County. It is a program of the Joshua M. Freeman Foundation (founded after his death in 2006), which aims to educate and elevate the human spirit with memorable performances. The outdoor performing arts venue located near Fenwick Island, is part of that mission by providing unique arts experiences to more than 50,000 visitors each year.

The Freeman Stage is located in the Bayside community, at 31750 Lakeview Drive, Selbyville.

On March 26, the public is being invited to the second big season reveal, plus a dine-and-donate fundraiser from 5 to 9 p.m. at Dogfish Head Brewings & Eats in Rehoboth Beach.

Tickets and details are online at https://freemanstage.org.