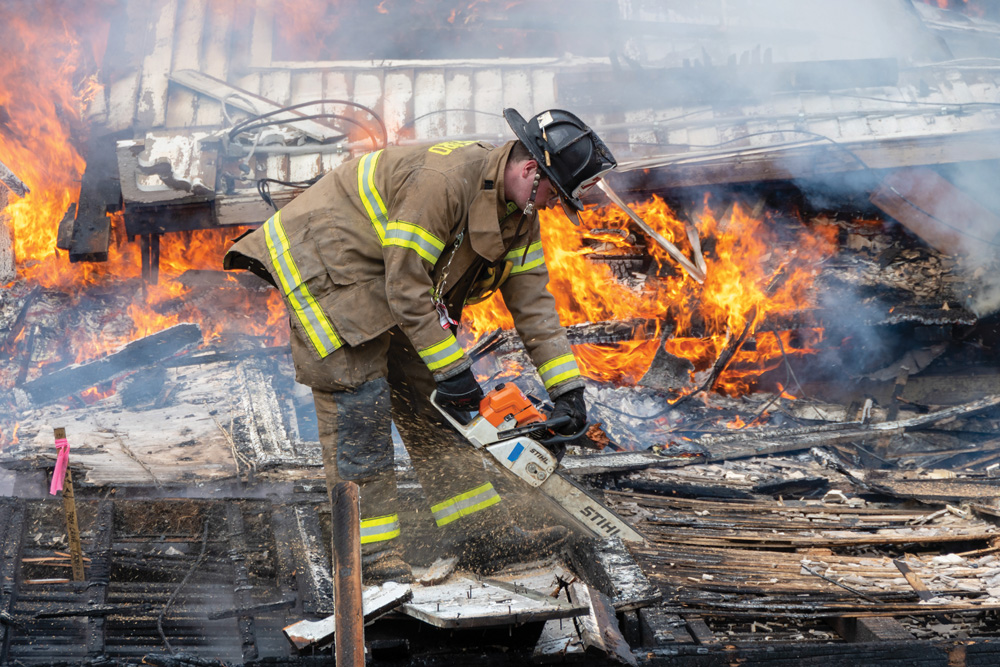 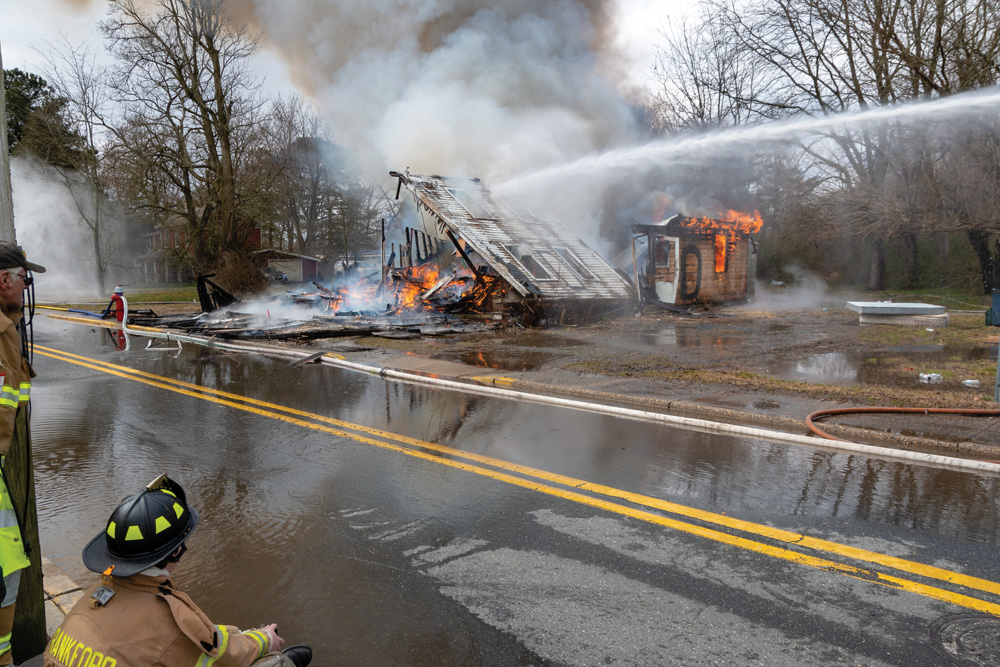 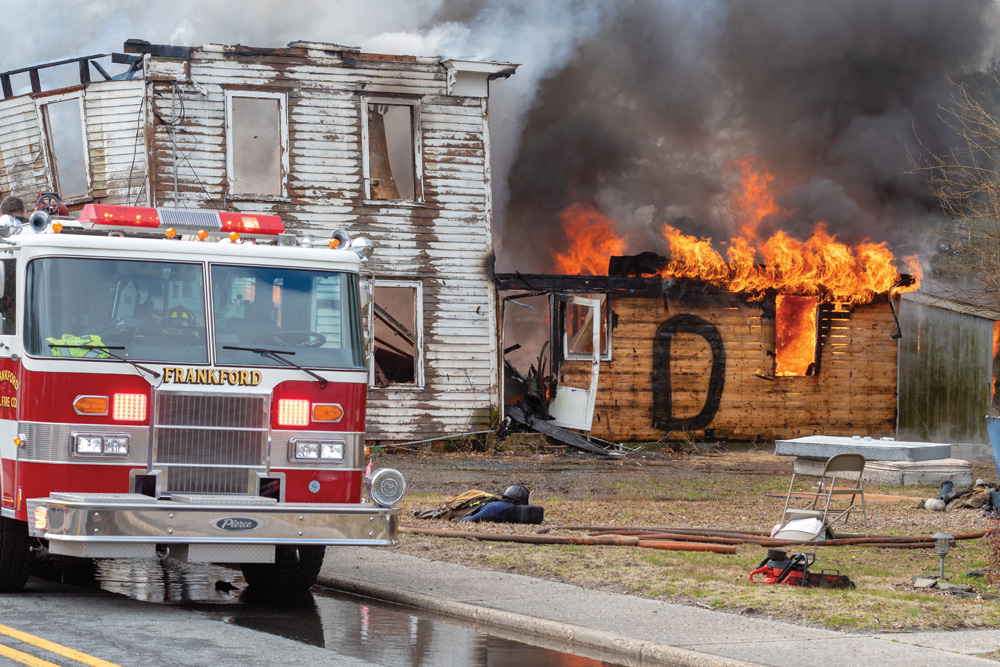 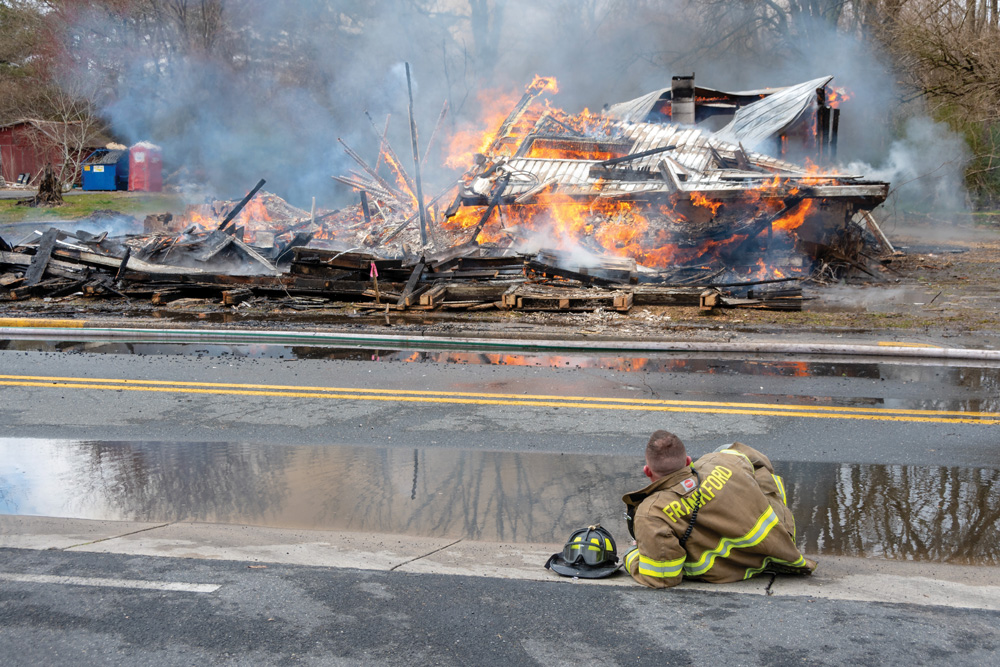 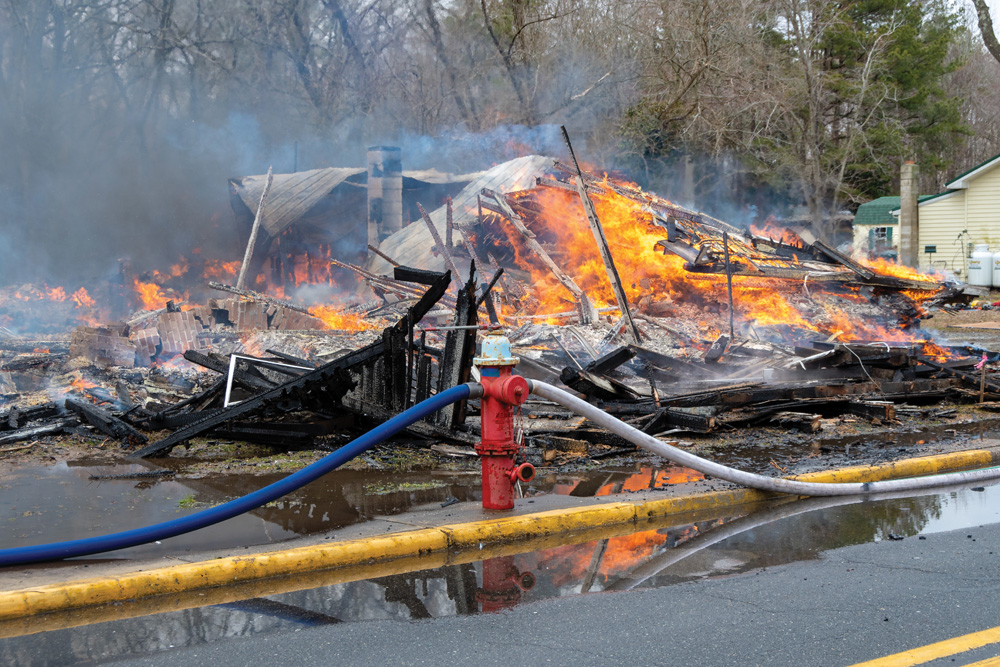 The Frankford Volunteer Fire Company executed a controlled burn on Saturday, March 9, at a residence on Thatcher Street in downtown Frankford. The exercise began around 8 a.m. with a number of small fires inside the house and ended with the complete destruction of the house by mid-afternoon, according to FVFC Fire Chief John Wright. The exercise involved 24 Frankford firefighters. The home needed to be demolished, Wright said, so the owner offered it to the fire company to use for training, and the company had been planning the exercise since January. Before the March 9 burn, the company used the building for six other four-hour training exercises, which included using a smoke machine, ladder training, search training and practice in forcing doors open, Wright said. The fire was completely knocked down by 3 p.m. Saturday, Wright said. Above, Casey Daisey gets in a little chainsaw work during the exercise.