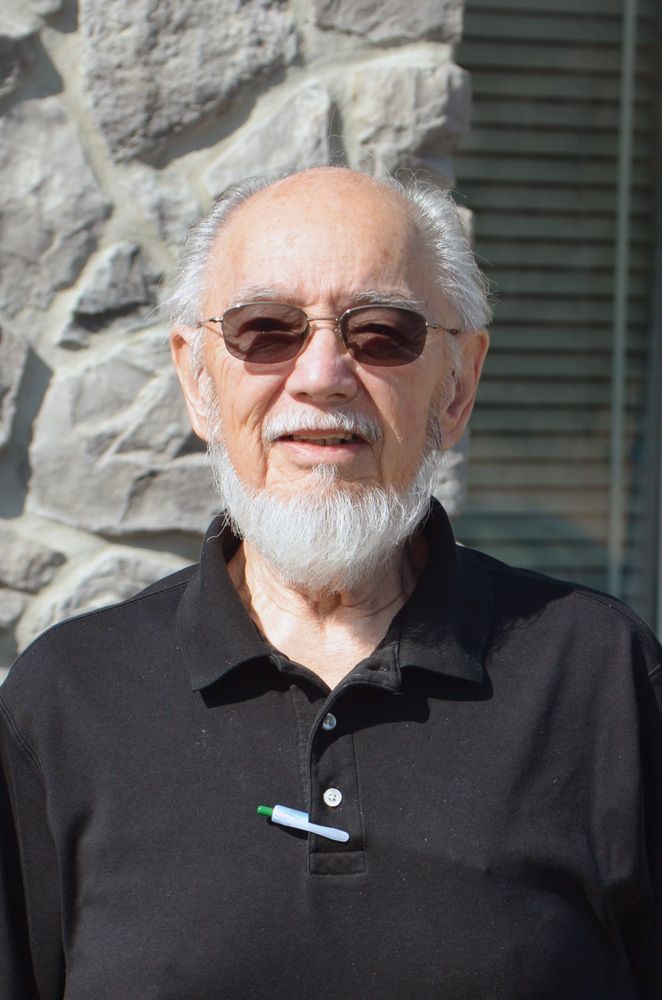 The Town of Ocean View will be holding its annual town council election on Saturday, April 13. Resident Gabriel Sarate is one of two candidates seeking the District 1 council seat currently held by Bill Olsen, who is not running for re-election.

Sarate moved to the area from Southern Maryland, having spent most of his life in Virginia.

“I was a Navy brat, so we moved all over the country,” he said.

After graduating from high school, Sarate had a few different jobs before joining the U.S. Air Force. He served for seven years as an intelligence specialist and was stationed in Germany, the Philippines and South East Asia, and within the United States.

“I had a tough time transitioning out of the Air Force into civilian life. I had a couple of odd jobs and then finally settled on the car business because it didn’t keep me chained to a desk. I could get up and move around, see different people.”

He worked in the automobile business for about 40 years, in various roles including fleet sales and sales management, which he said allowed him and his wife to live comfortably and raise two children.

Sarate said the family had vacationed in the area and thought it would be a great place to buy a beach home.

“We settled on the house in October of 2010. She had a bout of cancer and lost that battle in 2011. So, I had two houses… and found it was just too much,” he recalled. “I decided I would stay here in Ocean View.”

When he first moved to the area, Sarate said, he would bike from his house to the beach every day. While that is no longer a daily occurrence, he enjoys the beach lifestyle.

“Everything is here — you have medical facilities, you have entertainment. If you want to go out at night and have a meal, you can do that here.”

During his career in the automotive business, Sarate served on a board for General Motors test programs.

Now, in retirement, he belongs to the local VFW and the American Legion. He also volunteers weekly to feed the homeless at Georgetown Wesleyan Church, and sometimes with the Food Bank of Delaware.

“My girlfriend had mentioned someone was doing it for the church and that they could always use help doing it,” he said. “We went down to take a look and met some of the folks. It seemed like the need was there for people to prepare food and bring it in.”

As for his bid for the District 1 council seat, Sarate said he chose to run after hearing no one else had filed for the position.

“Four days before the close, nobody else had said they wanted to run. When I drove over to the office, they said Bruce [White] was an hour ahead of me,” he said of his opponent. “Either way, I think it’ll be a good experience, whether you win or lose, to see what it takes to get there.”

Sarate said the Town has been doing well so far, praising their work to limit the number of people allowed to stay in rental units.

He has concerns regarding traffic and roadway safety, he said, and would like to work to better educate drivers and cyclists on appropriate ways to share the road.

“The bicyclists who come in during the summer months — sooner or later someone is going to get hit… We need to make people aware there are bicyclists are on the road and teach them the right side to ride on.”

A fan of commercial business, Sarate said the Town has done a good job directing commercial space to its main thoroughfare.

“I don’t mind business, and I think 26 is the best area for that. You need the commercial because people need services. They need places to buy groceries, restaurants to go to…”

Sarate tipped his hat to the Ocean View Police Department, saying they do a good job serving the town.

“They’re well-trained,” he said. “Even veteran police officers have to train constantly. Who wants to stop a car in the middle of the night, not knowing who’s in it?”

Less than a month from the election, Sarate said he hopes he gets the opportunity to serve his community.

“I think I would do as well as anybody else would. I think everybody should have a say in what their government’s doing. If you can get a voice in there or be a voice, you should do it,” he added. “I have a good idea of what the average citizen wants to see in his neighborhood. I just want to be a reasonable, responsible voice for the district and the town.”