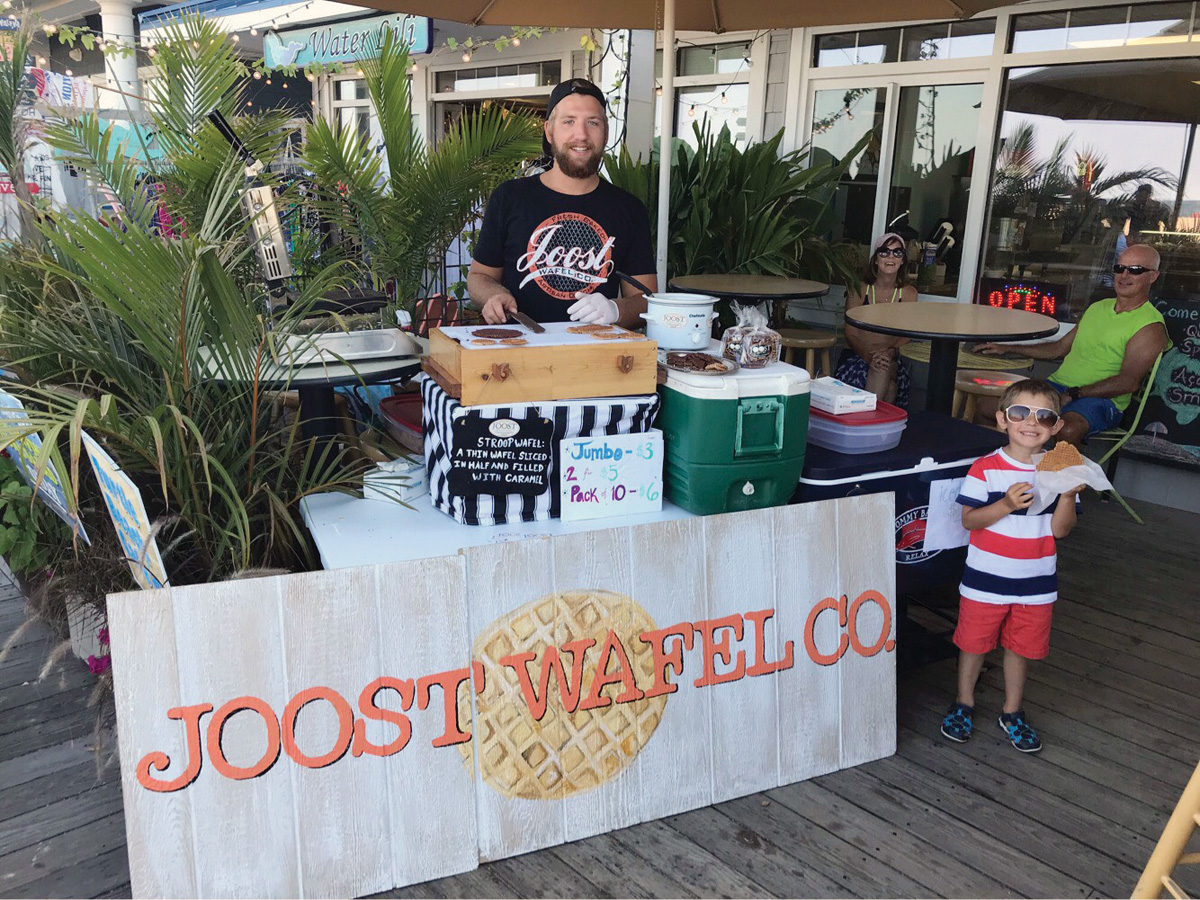 When Joost Elling was 13, he went to the Netherlands to visit his paternal grandmother and fell in love with a particular Dutch sandwich cookie.

Back home in the United States, after two months in his father’s native country, Elling was dismayed that he couldn’t find stroopwafels — two thin waffles with a caramel syrup filling, which he said are best served warm.

Now, nine years later, Elling has brought the aroma and taste of his favorite snack to the Bethany Beach boardwalk, where it floats into the salty air nightly during the summer season. Elling cooks the stroopwafels right there, with special waffle irons he imported from the Netherlands after he was unable to recreate the authentic experience with anything he found in the U.S.

His product is also sold in several other beach-area businesses, including McCabe’s Gourmet Market in South Bethany, Three Blond Bakers in Bethany Beach and Captain Mac’s near Fenwick Island.

This Saturday, April 20, from 9 to 11 a.m., Elling will bring the stroopwafel sensation to another local gathering place — Dagsboro Days coffee shop in Dagsboro.

Elling’s business got its start when he participated in Boys State, a mock government program, when he was a student at Indian River High School. Each participant must propose legislation, and Elling’s was to introduce stroopwafels as the Delaware state cookie, in homage to its Dutch settlement heritage.

“It passed unanimously,” Elling said of the proposal’s reception in the Boys State legislature.

After that, Boys’ State organizers in Delaware were so impressed with Elling’s product that they collaborated with him to produce a special order of stroopwafels to take to the national Boys State assembly in Houston, Texas, that year to represent the First State. “That was a pretty cool first step,” he said.

The following year, Elling took his cookies to the Rehoboth Beach Chocolate Festival — he served them dipped in chocolate for the annual event — and came home to Ocean View with first-place honors.

His growing business was so successful that he paid his way through college at the University of Delaware with the proceeds, graduating in 2017 after just three and a half years.

Now, he is focusing on collaborations with local businesses, such as Dagsboro Days, and has spread beyond Sussex County to Fifer’s Market in Dover. He also sets up his waffle iron and sells warm stroopwafels at area athletic tournaments and events.

That’s the best part of his job, he said — seeing people, especially children, experience the taste and aroma of stroopwafels for the first time.

Elling said it takes him back to his days in the Netherlands with his “oma.”

“I just thought they were the best things ever,” he said.