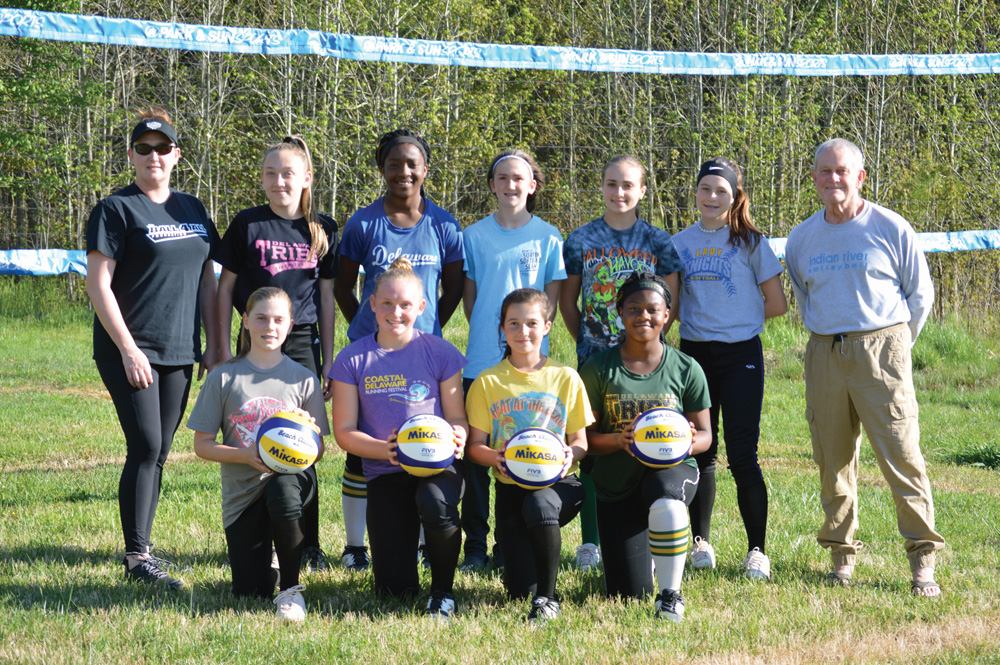 Volleyball has become quite popular locally over the course of the past couple years, thanks in large part to the likes of Bill Croal, Sally Craig, Jim Barnes and a host of others that have a passion and desire to offer opportunities for local youth to get involved.

Another project that now allows for this “Grow the Sport” initiative coined by Croal is a new outdoor, grass volleyball court that has been created on the grounds of the Pyle Center Complex within the confines of the Lower Sussex Little League fields. Croal and Craig, who is the head coach of the Selbyville girls volleyball team, were the committee chairs of the project, while Phil Craig and Greg Welch were the court’s designers.

Thanks to the relationship that Croal and Craig had with LSLL Board of Directors member Sarah Hoban, the duo sought out the possibility to provide yet another opportunity to expose even more kids to the sport of volleyball.

“We thought that it would be a nice spot to put a court because of all the kids that are there, who may be there to watch their brother or sister, and would be looking for something to do,” Croal said of the idea for the court’s location. “It was a simple, effective, and inexpensive way to introduce hundreds of young athletes to volleyball.”

In conjunction with the Ball 4 All Foundation — a local, non-profit organization with a goal of providing more opportunities in organized sports for the youth of the local community — and other private donors, Croal was able to get the approval from the LSLL Board to commence with the project, and it shortly became a reality.

The single grass volleyball court is regulation size, and will be open for play every day and night throughout the summer season. It is open for kids of all ages, and everyone is welcome to join in the fun. You are encouraged to bring your own ball to play.

Croal noted that local players from both Indian River High School and Selbyville Middle School will occasionally drop in to help with basic volleyball skill instruction. For safety reasons, all court rules will be strictly enforced.

The IRSD Volleyball Academy Summer Camp is once again on the schedule for this year for June 17-20, at Selbyville Middle School. Croal, Craig, and a host of other volunteer coaches will be on hand to offer instruction and skill development for those in attendance.

After a successful first year in 2018, Croal is hoping for even more of a turnout this year. The camp is for students going into 5th through 8th grades. The cost of the camp is $100, and includes a team T-shirt and pizza party. Registration is open to the first 44 players who submit their forms and payment by Friday, June 7.

For more information, or to sign up, check out the Indian River School District Community Education website at www.irsd.net.