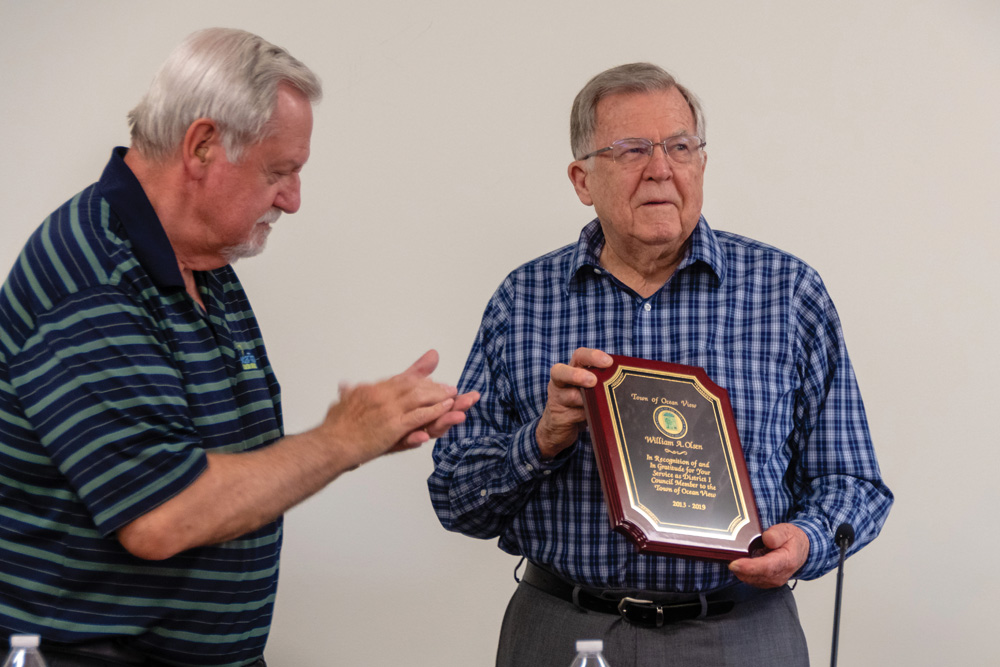 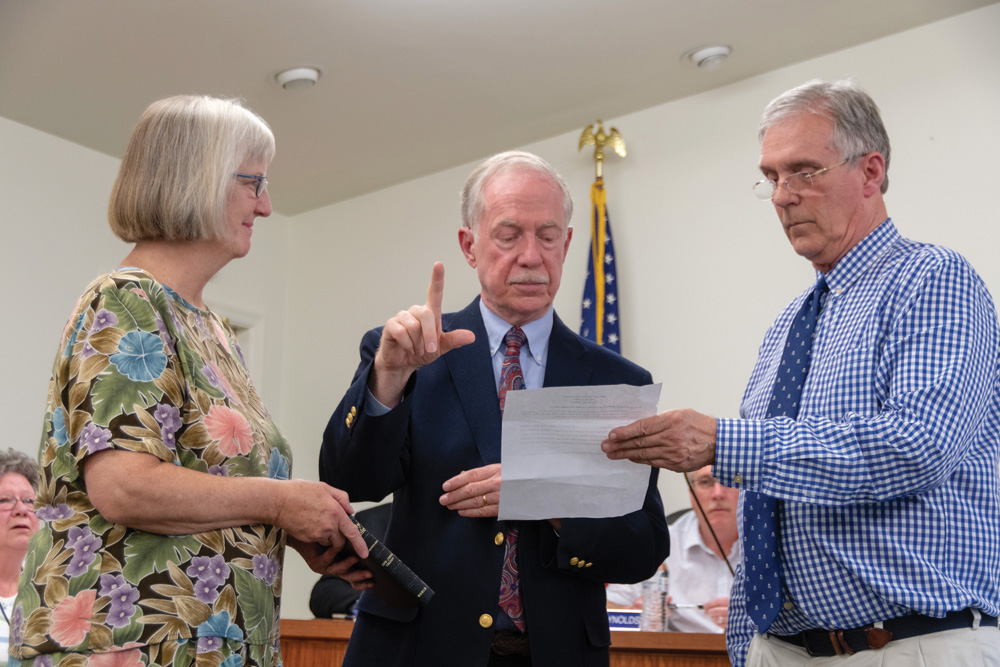 Ocean View Councilman Frank Twardzik was sworn in for his second term as the District 2. He ran unopposed. With wife Colleen by his side, Twardzik swore on April 23 to “carry out the responsibilities of the office of councilman for the Town of Ocean View to the best of my abilities.”

Bruce White, who won the Town’s April 13 election with a total of 151 votes to opponent Gabriel Sarate’s 31, was also sworn in with wife Barbara by his side.

“I further swear always to place the public interest above any special or personal interest, and to respect the rights of future generations to share the rich, historic and natural heritage of Delaware. In doing so, I will always uphold and defend the Constitution of my country and my state, so help me God.”

Retiring councilman Bill Olsen was recognized by Mayor Walter Curran and council for his six years of service with a plaque, “in recognition of and in gratitude of your service as District 1 councilmember to the Town of Ocean View 2013-2019. Thank you very much, Bill.”