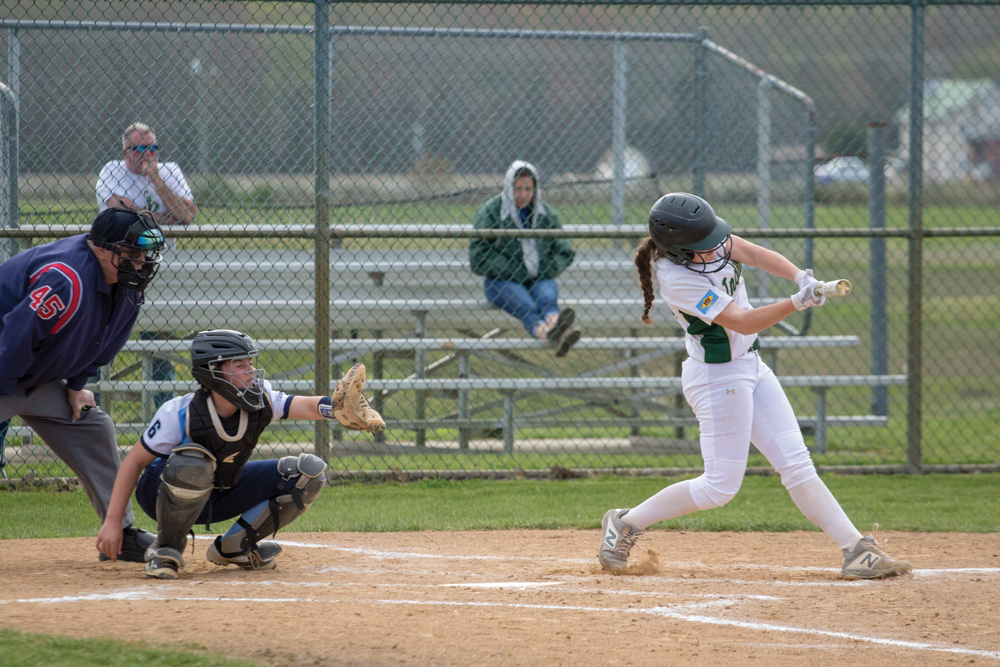 Following an impressive sweep at the Parker Invitational, the Indian River softball team returned from Spring Break with games against Cape Henlopen and Woodbridge, and continued their recent success with another pair of wins.

“We are so focused and more in the zone lately,” said sophomore Savannah O’Shields. “We are more serious, and everybody is more in sync right now. We are all really supporting each other, which has made a big difference.”

Abby O’Shields was the winning pitcher against Cape going the distance allowing just one run on one hit (a RBI double by Carlin Quinn), while offsetting two walks with 15 strikeouts. For the season, O’Shields has recorded 146 strikeouts — an average of 10.6 per game.

Morgan Bomhardt had an RBI triple for the Indians. Kayler Townsend, Brandi Mitchell, and Sam Derickson each added one hit to the cause.

The game against Woodbridge saw Abby O’Shields fire another no-hitter in the 12-0 win with the Indians banging out 14 hits.

The senior co-captains of Snyder, Abby O’Shields, and Kathryn Collins have really stepped up their efforts to help change the mood and temperament of the team after some early season struggles.

“All the seniors are the most positive, and really want to go out with a bang in their final seasons,” Savannah O’Shields said of the team’s leaders. “We feed off their positivity and leadership. They have really helped change our focus, and are always so supportive of everybody.”

The Indians — now 9-5 on the season — will look to continue their recent winning ways with a home game against Laurel on Friday, May 3, which will be Senior Recognition Day for Snyder, Collins, and Abby O’Shields. Results from the game will be available on our Facebook and Twitter pages.