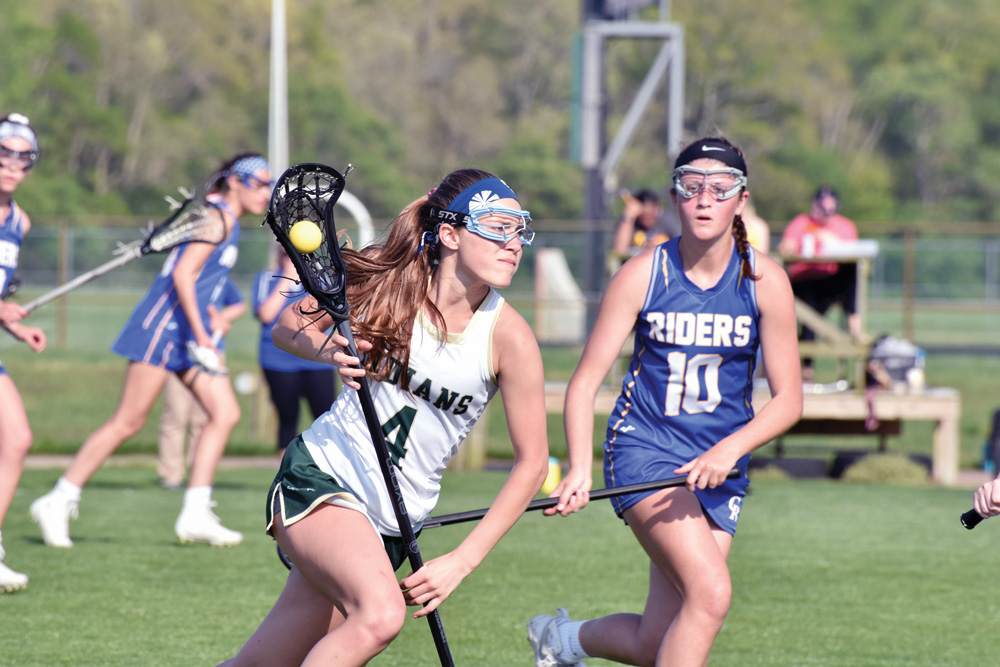 On Tuesday, April 30, Indian River’s girls’ lacrosse team suffered their 9th straight loss of the season, this one by the score of 20-3 to the Riders of Caesar Rodney.

CR was leading 8-0 with 13:35 remaining in the first half when IR sophomore Morgan McGee finally put the Indians on the board. Minutes later, senior Lexi Webb tossed in the first of her two goals, but the Indians still trailed 13-2 at the break.

“We just call our plays, and we get in it, and work through it,” Webb said of her first scoring drive. “There was an open spot, and I took it, and it was a great goal.”

In the second half, the Rider offense quickly turned 13-2 into 20-2. Then, with 6:14 remaining to be played, Webb grabbed the ball with an assist from sophomore Flora Di Pasquale, and shot in her second goal for the Indians making it 20-3.

Despite the loss, the Indians remain optimistic about their future.

“We need to communicate and have good sportsmanship,” added Webb. “We know our plays. I think we did really well with our splits play, and that’s what made most of our goals today.”

“All of our girls are pretty new so they’re working on fundamentals,” Roselli described. “They do a really good job when positioning, and getting to where they need to be. It just takes skill and a special awareness. They’re doing a really great job; they just need to get experience behind them.”

Looking ahead, Roselli sees a bright future for her young team.

The Indians played Sussex Academy on Wednesday, May 1, and then host Caravel Academy on Friday, May 3. Results of the games can be found on the Coastal Point Facebook and Twitter pages.