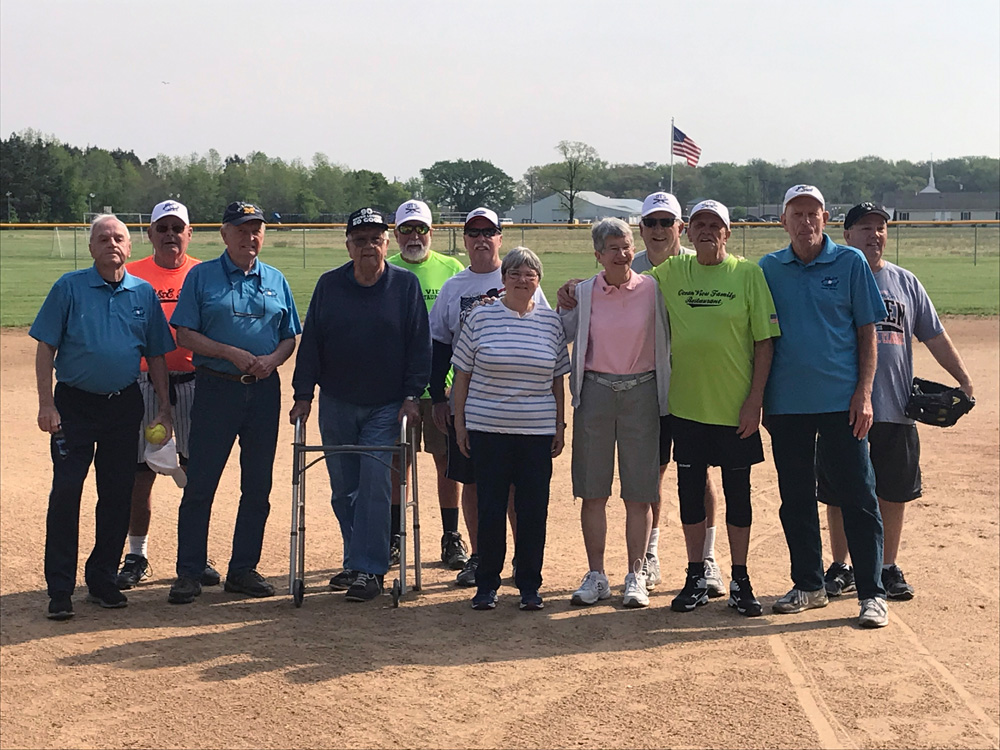 The Olde Tymers Softball League held its Opening Day to commemorate its 22nd year of play on Tuesday, April 30, and also announced the names of nine individuals that a part of their inaugural Hall of Fame class.

The Hall of Fame inductees will be honored at the first annual banquet on Saturday, Aug. 17, at the American Legion Post #28 in Oak Orchard from 1-5 p.m. Cost for the banquet is $15 per person or $25 for couple with a cash bar available.

Those individuals selected for the Hall of Fame include Gary Meredith (posthumously, was represented by his wife Betty), Harriet Mair, Don “Ducky” Clements, Tom Harvey, Bob Schaffer, Bob “Bubba” Stack, Frankie Williams, Roger Howard, and Jimmy Wright. Both Howard and Wright had previous engagements, and were not able to attend the opening ceremonies for the announcement.

The OTS Hall of Fame Committee spent more than the past year researching, talking with past players and community members, and just doing their due diligence to make sure that they came up with the most deserving for this very first class. The members of the committee included Johnny Walker, Steve Unger, Steve Carey and Pat Carey.

There are 13 teams with 12 players on each to bring the league’s total players to 156 for this season. Unger announced during the opening ceremonies that there is a waiting list of more than 100 players as well.

The team rosters and their sponsors are as follows:

The league plays its games on Tuesdays and Thursdays starting at 9 a.m. at the Dagsboro Church of God “Field of Dreams” Complex. Established as a senior softball league back in 1998, the OTS has featured men and women ages 60 and older over the years.