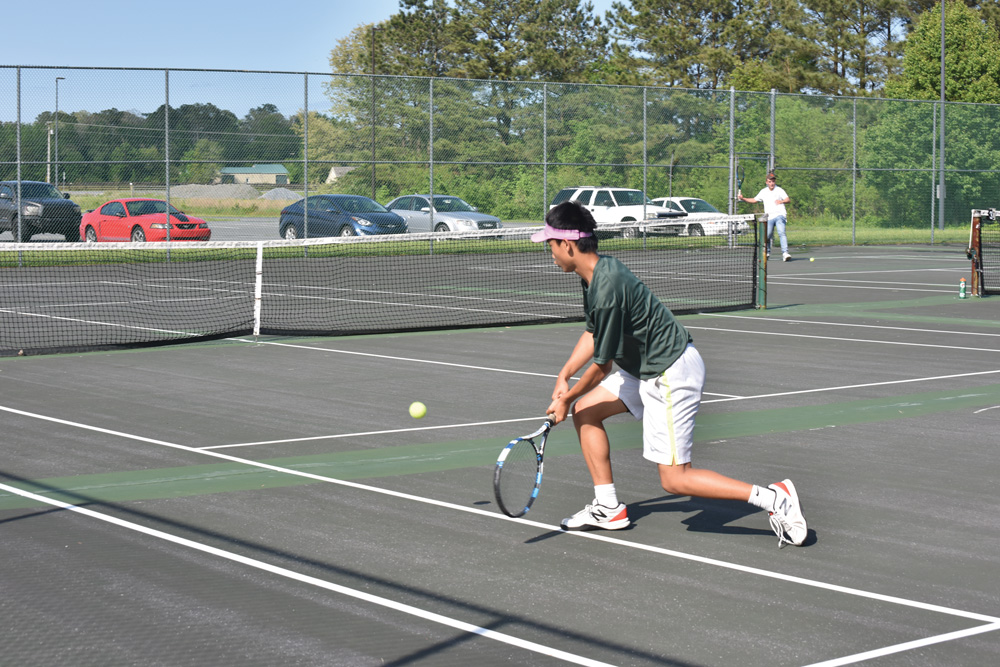 From the season’s opener, Indian River High School’s boys’ tennis team has chased two self-imposed goals. First was to have a winning season, and second was three-peating as the Henlopen Conference South Division champions. Currently, they are 8-4 heading into the Conference Championships, starting Friday, May 10, at 1 p.m. at the Sea Colony Tennis Club near Bethany Beach.

Earlier this week, on Monday, May 6, the Indians easily blanked the Blue Jays of Seaford High School, 5-0, on the home courts.

“We always stress consistency and control for the match itself,” said head coach Mariano Woo — a retired pediatrician, who will retire from coaching the Indians at the end of the season, following four years at the helm.

“By this late in the season, we expect them to demonstrate that proficiency in their games so they show improvement. After 10 matches, I want them to have fun and enjoy the game, and I want that to be part of their game, keep playing the game and, most of all, we want them to come back and play next year.”

And the team’s depth certainly was helpful this year.

“I have five seniors graduating — three of them are in the top seven of the team they play on, so we’ll lose three of them, and then two will play on the exhibition team,” Woo added. “The good thing is there is a large group of freshmen and sophomores coming in next year, so we won’t be short any players. I was extremely surprised to see we had 16 come out this season.”

Graf says competition here is different than in Germany.

“Here, the competition is different,” he added. “Here it depends on the school. What I’ve seen here is every school here has one, two, three or four good players spread around.”

With a positive season this spring, their first goal is fast becoming a reality, and the team’s focus is now on their second goal: a third straight South Division title.