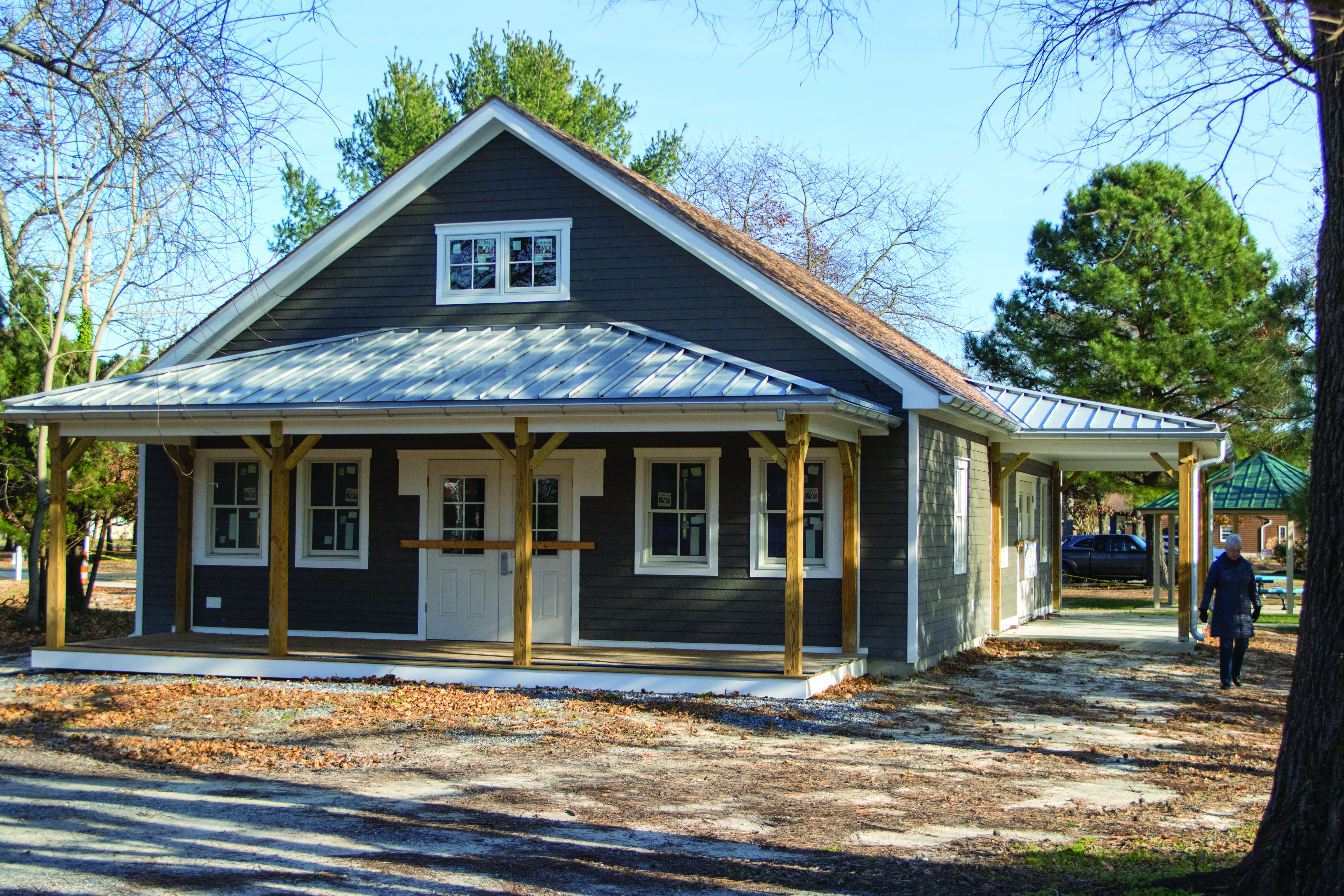 The historic Coastal Towns Village in Ocean View is gearing up for summer with a new schedule of dates and times when visitors can see the fruit of the labor of the Ocean View Historical Society. The society is in the midst of developing a cohesive historical complex where visitors can see and touch the area’s history.

While the Coastal Towns Museum and the Hall’s Store Visitor’s Center are still under development, eventually, the museum will showcase memorabilia and artifacts from the early days of Ocean View, as well as its neighboring communities.

The Hall’s Store structure will include a re-creation of an early general store, as well as the visitor’s center for the village.

Currently open for visitors during specified days and times are the Civil War-era Tunnell-West House; the circa-1889 first Ocean View post office; and an exact replica of Cecile Steele’s first chicken house, which led to the birth of the commercial broiler-chicken industry. Last, but certainly not least, the village contains a two-seater outhouse.

Those parts of the historical complex will be open for tours each Wednesday from 1 to 3 p.m. between Memorial Day and Labor Day, according to historical society publicity chair Carol Psaros. The village will also be open three Fridays in May, from 6:30 to 8:30 p.m. during Ocean View’s Concerts & Food Trucks in the Park events, which are held in John West Park, adjacent to the village. The dates for those concerts are May 17, May 24 and May 31.

During the summer months, the Coastal Towns Village will also be open on the fourth Saturday of each month, on June 22, July 27 and Aug. 24.

Although the historical society recently held its first docent training in preparation for the summer season, the society welcomes anyone who would like to volunteer to help lead tours of the village. The only requirements, Psaros said, are that they “have an interest in storytelling and history, and enjoy people.”

Once they are trained, docents can sign up to serve whenever the village is open to the public during the summer.

The Coastal Towns Village is located at 39 West Avenue.

Anyone interested in becoming a docent should email Gordon Rickards at gorickards@gmail.com. For more information on the Ocean View Historical Society and the Coastal Towns Village, go to the society’s website at www.ovhistoricalsociety.org.