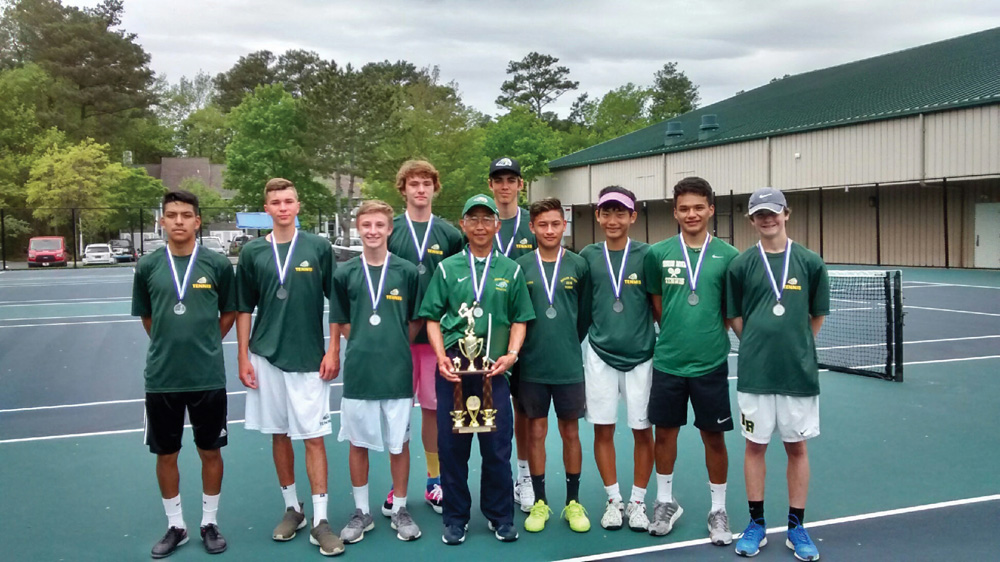 Girls close out their season with strong efforts

The Indians capped their 2019 campaign on a five-match win streak to finish the season 9-4 overall, as well as a 6-3 conference mark, which was good enough to lay claim to their three-peat on South Division titles.

“As hoped for when we spoke at the beginning of the season, we were able to realize this year’s expectations, finishing with a winning record and a three-peat as South Division champions,” an elated Woo said. “As their coach, I am so proud of they have accomplished.”

Woo recently announced his retirement from the program, and what a wonderful way to go out.

At the HAC Championships, IR fared very well, with a pair of doubles teams finishing in the top three in their respective brackets. Caesar Rodney swept all six brackets — three singles and three doubles — to take home the team title.

Senior Juan Linares was the top finishing singles player for the Indians, with a fourth-place result at third singles.

On the girls’ side of things, IR was unable to finish any of their players in the top four as Dover — like CR in the boys’ matchup — swept all six brackets for the team title.