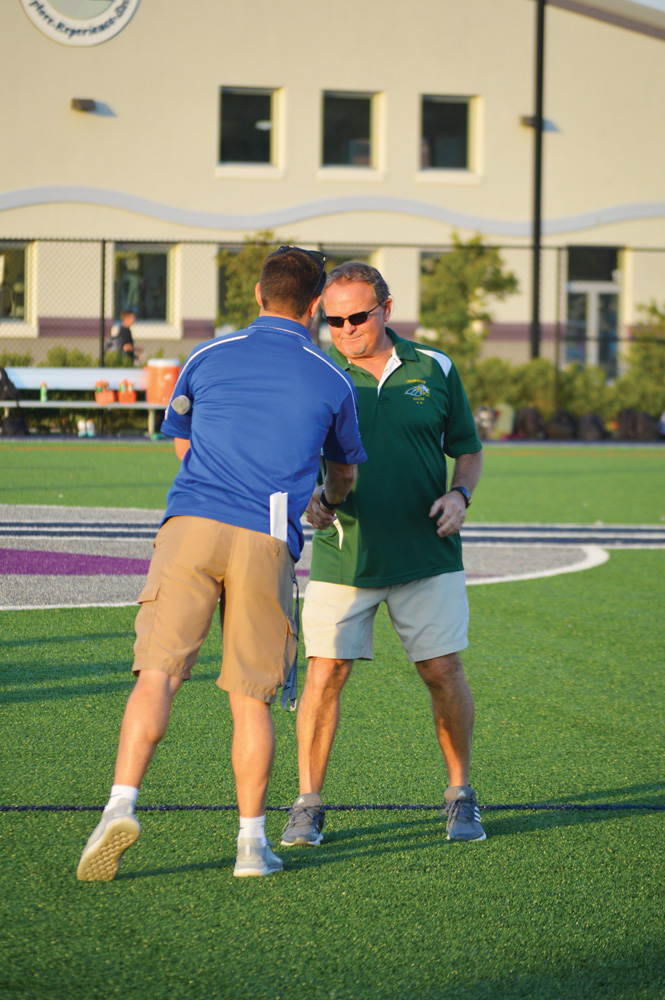 Superman has Lex Luthor. Batman has Joker. The Avengers have Thanos.

You get the point ... Indian River has Caesar Rodney.

And unlike the aforementioned superheroes, the Indians have not yet been able to overcome their nemesis in the Riders.

It’s been five years of fighting the same battle when it comes to the Henlopen Athletic Conference girls soccer championship, and for the fifth straight year, the Indians fell to the Riders with the conference title on the line. This time — on the turf at Sussex Academy — the Indians squandered an early lead to lose the game, 3-1.

“Dominated the first half, and as a whole in the game out-played them, I believe,” said head coach Steve Kilby. “The three goals have big question marks behind them for me, but you know, we can’t beat them. So, it doesn’t matter what I think until we can find a way to score more goals than them I guess that’s how it is.”

Sophomore Izzy Binko scored the lone IR goal in the first half off an assist from Grace Engel in the 24th minute.

It stayed that way for close to 23 minutes of play when CR’s “All Everything” Jessie Prillaman scored the first of the three goals Kilby eluded to that came during just a three minute stretch.

The senior Prillaman drilled home a penalty kick to get the Riders on the board in the 47th minute. Less than a minute later, Prillaman sent a ball towards the goal that freshman teammate Gabrielle Davis buried past IR goalkeeper Hanna Bird to give the Riders the lead they never relinquished.

For good measure, Prillaman would add insult to injury with her second goal during the 50th minute, and it was just a demoralizing stretch for the Indians.

“The girls played hard,” Kilby added. “We’re a good team. I want to see us play the D-2 tournament, and see how far we can go.”

The goal for Binko was the 22nd of the season and 50th of her career, which is an amazing accomplishment in just two years of playing.

After the game, Kilby was recognized by the conference as their 2019 Coach of the Year following yet another Henlopen Athletic Conference South Division title.

“When they vote you that award, it certainly means something,” Kilby said. “I’ll appreciate it in a couple weeks when the tournament’s over, and it is an honor. I’m appreciative, but there is a lot of young coaches in the conference, in this division that are doing good things. I encourage the coaches in our conference meetings to vote for somebody else. There are young guys in here that are changing programs, and those are the guys that you need to recognize. It is an honor, though.”