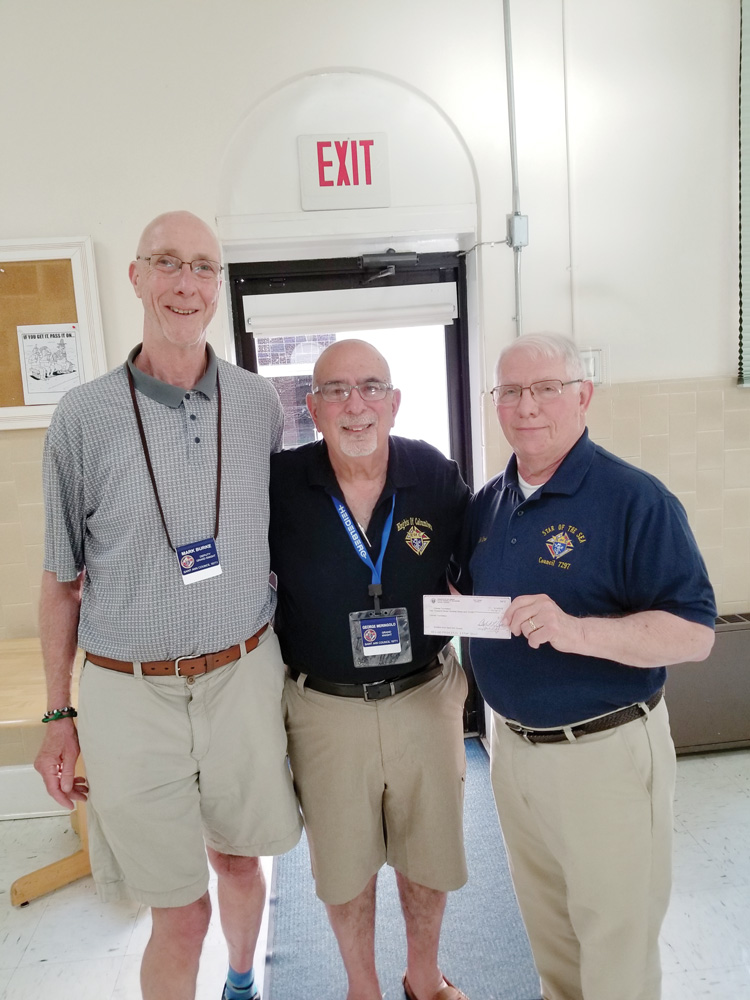 St. Ann’s Knights of Columbus Council awarded a gift of $2,700 to Bill Drake, a board member of Chimes Delaware and Chimes international, located in Millsboro, at a social gathering on May 9. Chimes is intended to help with the special needs of those afflicted with Down syndrome or living with autism and help them find gainful employment that raises their self-worth and self-esteem. Another $2,700 check was delivered to Autism Delaware. Annually the Knights of Columbus have a Tootsie Roll Drive, in which the monies collected are distributed 25 percent to Special Olympics and 75 percent to local charities. The Tootsie Rolls are donated to the Knights by the manufacturer and have always been since this fundraiser began many years ago. That means all the monies raised go to the charities. This year, the group raised more than $7,500 with this drive, thanks in part, they said, to both Giant and Hocker’s supermarkets, which allowed the Knights to solicit for the drive on two weekends this year. Pictured, from left, are: Mark Burke, Deputy Grand Knight, George Meringolo, Grand Knight, and Bill Drake, Chimes board member.