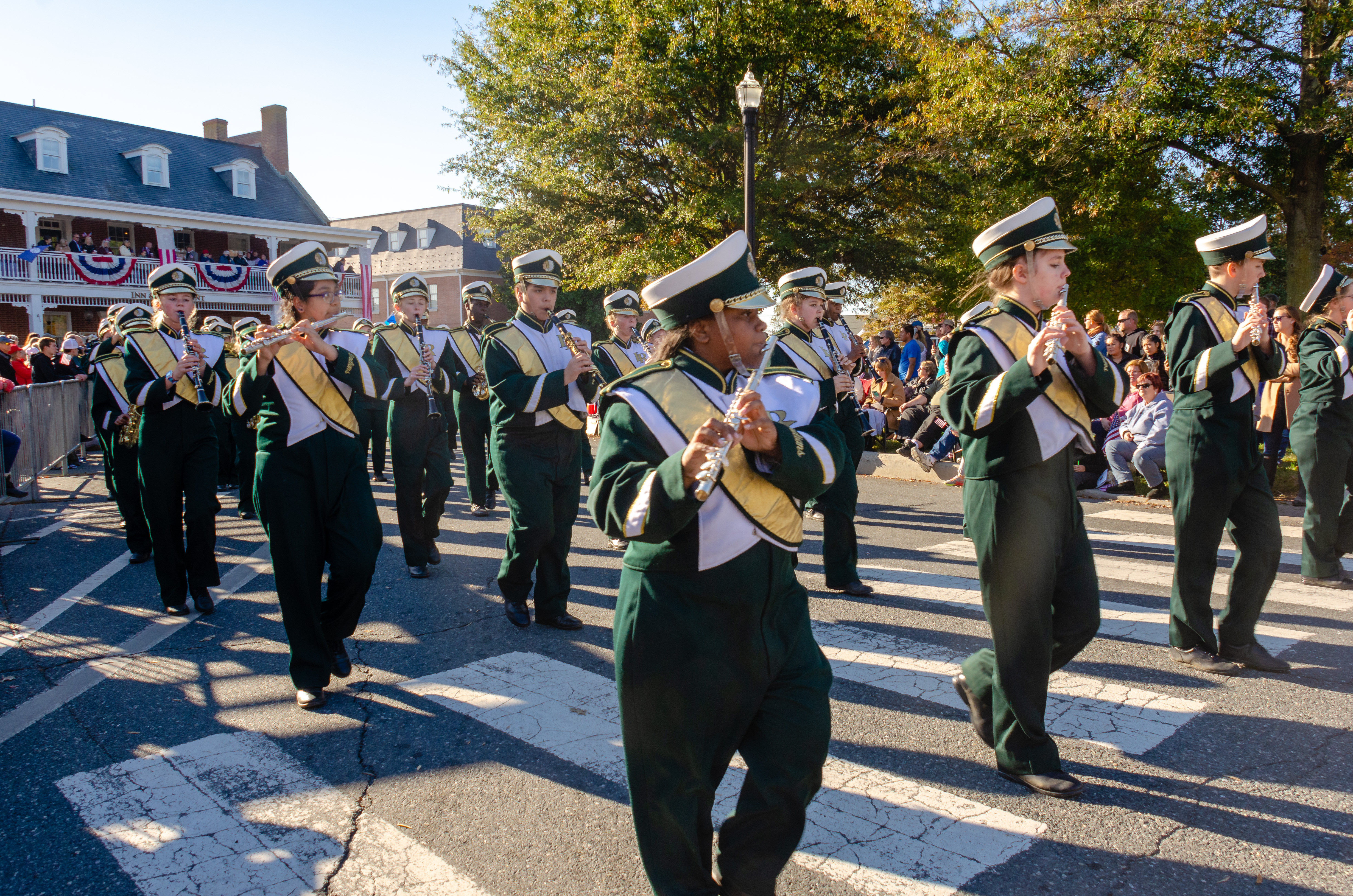 The eyes of a nation: IR band marches in DC parade on Monday

Indian River High School Band is packing their bags for perhaps their most exciting performance ever: the National Memorial Day Parade in Washington, D.C., on Monday, May 27,

The parade will be broadcast live at 2 p.m. around the country and to troops worldwide.

“It’s once in a lifetime,” said drum major Alexis Landrie, grade 12. “This is our time to shine.”

“Not everyone gets to march in a nationally televised parade as a high school student,” agreed drum major Kathleen Carter, grade 12.

Even their nomination was a big deal: IR was the only high school band nominated by Gov. John Carney to represent Delaware at the parade.

With generous community support and a year’s worth of fundraising, the Boosters raised roughly $40,000 to make it happen.

“They wanted to make sure this trip is free for every single student. So everybody had the opportunity to go, which is really awesome,” Carter said. “We don’t personally have to pay for ourselves. It’s available to everybody.”

“We’re very thankful for everyone that donated,” Landrie said.

Not everyone can afford the regular annual band trip (this year to Disney World). So, the Band Boosters have leveled the playing field to help everyone participate in this schoolwide and statewide honor. About 86 of the 100 musicians will go.

The National Memorial Day Parade brings hundreds of thousands of spectators to the National Mall to honor those who have died in active military service. It’s also a week before the 75th anniversary of the Allied D-Day invasion of World War II.

IR Band will arrive Sunday morning for some sightseeing and a concert on White House lawn and then wake up Monday for their big show.

Ironically, after a beautiful sunny day, it poured rain during their final Monday night rehearsal, thus ruining a two-hour block of marching practice.

“It looks like a hurricane out there,” Mohler said, so the students stood and rehearsed in the band room instead.

The official parade route is about one mile of Constitution Avenue — from 7th to 17th Street, NW — although the students will be on their feet for much longer. They’ll pass the Smithsonian Institution’s national museums of natural history, American history and African American history and culture. Finally, they’ll pass between the Washington Monument and the White House.

Washington’s wide boulevards are throwing a slight curveball, as IR band adjusts to march five people to a row, rather than their customary four-per-row.

“Make sure you turn on your TVs to see your IR band proudly represent as the only band chosen in the state,” Carter said.