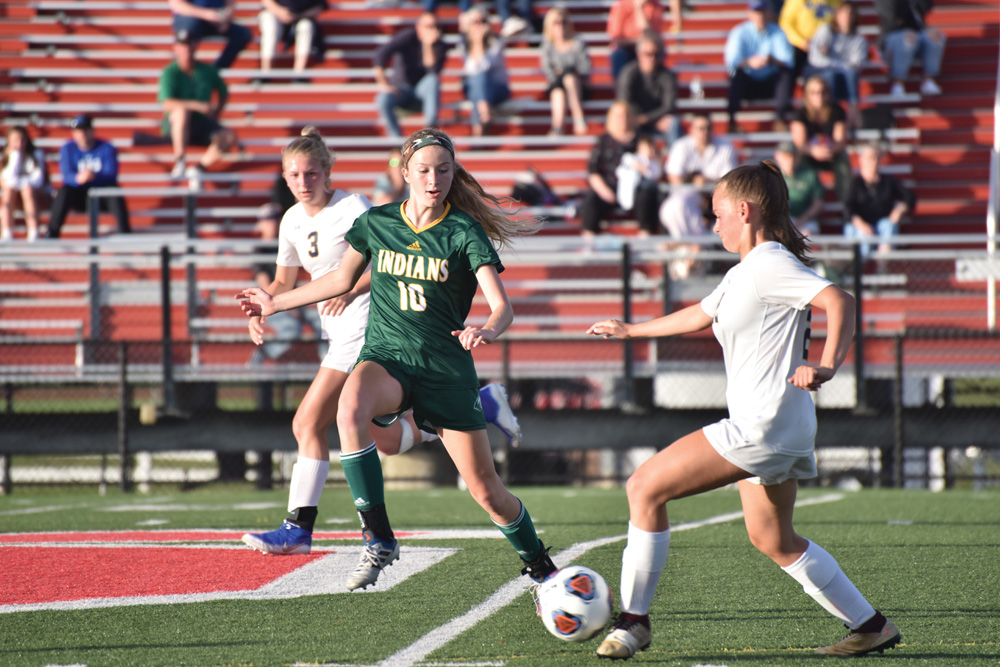 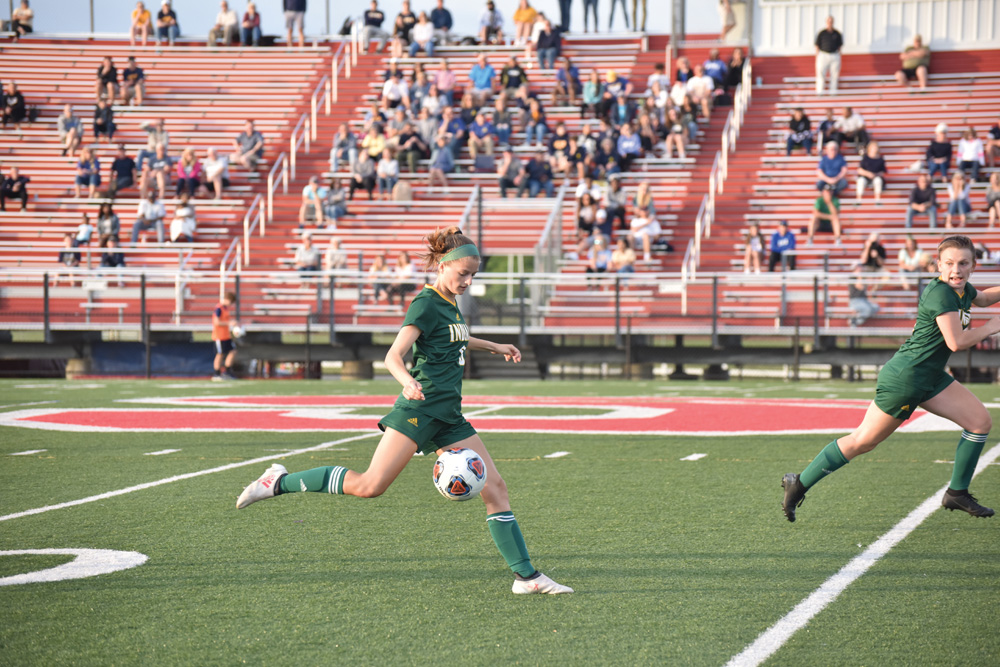 IR bows out of the state tournament

As has become nearly as common as the wind blowing, the Indian River High School girls’ soccer team met up with Caravel Academy in the DIAA Division II state playoffs this year. Whether it’s in the state finals — or as was the case on Tuesday, May 28, the state semifinals — the Bucs seemed to have the Indians’ number as they powered their way to a 4-0 win.

“Very physical, and I think we tried to battle through it,” said longtime IR coach Steve Kilby after the game. “The corners kicks were a problem. We just didn’t have the height to match up with them, and they executed them pretty darn well.”

The problematic corner kicks that Kilby alluded to generated three of the Bucs’ goals, including both in the second half to put the game away.

In the 58th minute, Caravel’s Terea Hunt skied above the IR defense to bury a header shot past Indians’ Hanna Bird off a tremendous pass from freshman Olivia Csapo.

Nine minutes later, it was another set piece off a corner kick, as sophomore Caitlin St. Leger also used her head to bang a shot into the back of the net off a pinpoint pass from fellow sophomore Gabriella Marte.

The Bucs’ defense did a great job of bottling up IR’s leading scorer, Izzy Binko, all night. While the super sophomore was able to create some incredible scoring chances, those attempts were thwarted by sensational saves from Caravel’s senior goalie Sydney Keld, who made six saves on the night.

“She had three saves — four saves, really — that if she doesn’t make them, they’re goals,” Kilby added. “You don’t find that many girl goalies that make those types of saves. You know, that’s tough.”

“Hanna gives everything she’s got,” said Kilby. “She’s got some size limitations, and she made some saves that were nice to see. She did the same thing against Sanford.”

Despite the loss, Kilby remained positive about his team’s effort.

“We prepared the best that we could, based on the [Memorial Day] holiday weekend,” Kilby continued. “We really did deny them opportunities when they ran a play, which I am very happy about. Again, the height advantage on corner kicks was pretty evident.”

The loss ended IR’s season at 12-6 overall, but with a HAC South Division title, and also brings about the end of the scholastic soccer careers for seniors Grace Engel, Isabella Keith, Mackenzie Gorey, Jordyn Hogsten and Skyler McClure.

“They’ve been phenomenal,” concluded Kilby about his seniors. “I mean you look at Grace Engel, one of our captains — I mean, she’s just been phenomenal. She played well tonight. She has been on the field since she was a ninth-grader. Isabella Keith, another captain, phenomenal player for us, very composed. And then Makenzie Gorey, another captain and center back. Those are kids that are gonna be hard to replace. Jordyn Hogsten has played back for us for four years. Skyler McClure… that’s a lot of experience we will have to replace in five players.”