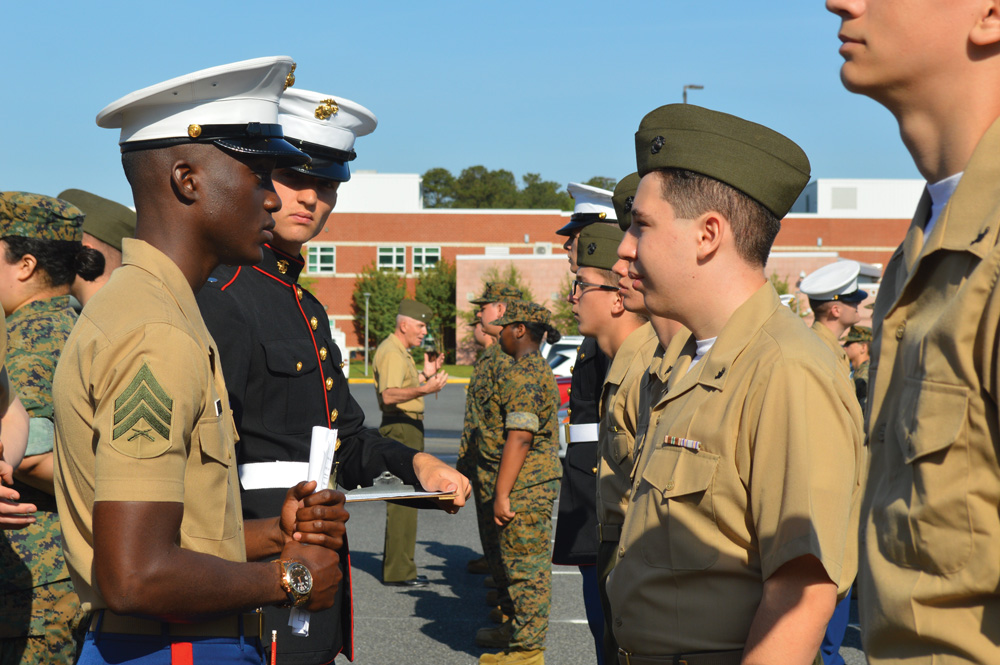 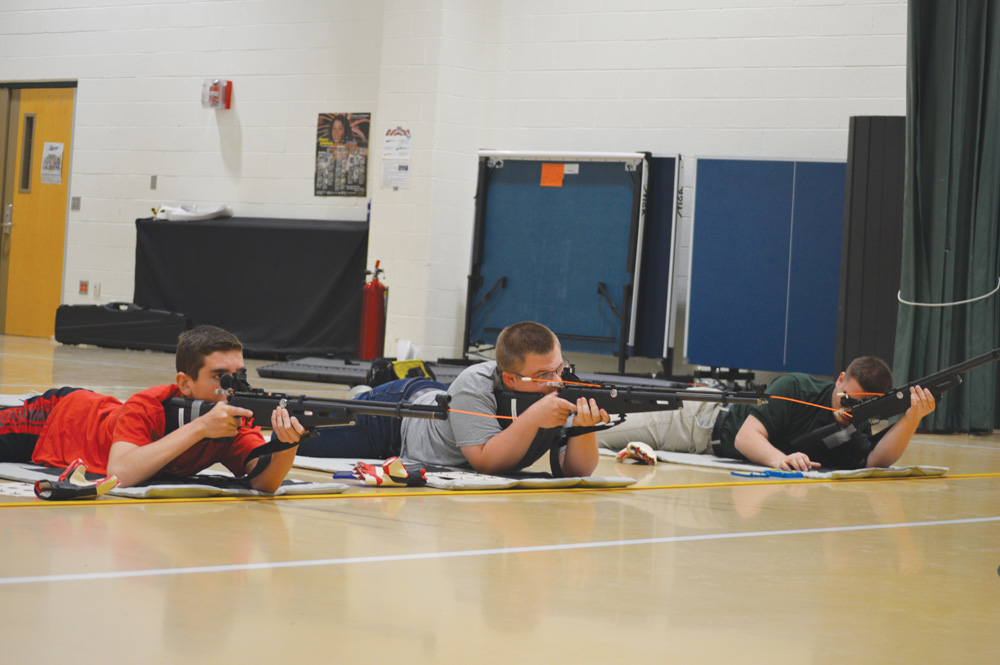 Eye on the target: IRHS cadets test their limits

“ROTC is a great program. We teach self-discipline,” said IR instructor and Marine Corps GySgt. Lester James. “Give kids an opportunity to find out who they are. Give young people a chance to step up and be leaders. Learn leadership skills that will definitely help them in the future and later in life.”

It’s certainly not mandatory for these high schoolers to join the military.

Today’s class were second-year cadets, ranging from grades 10 to 12. Certain scores today could earn them school medals. (IR also competes in shooting and drill events during the school year.) They shot prone and offhand (lying down and standing) while another group of students studied for an upcoming inspection.

“The program, along with the marksmanship, teaches discipline. A lot of people think you can just pick up a weapon or rifle and start shooting, but it does require discipline to be controlled,” said James.

That technique of proper shooting “also transfers over into life and into the classroom, when you have to know when to control yourself,” James said. “We want them to shoot well, but we also want them to use those self-disciplines that can carry over to different aspects of life.”

What’s going through their heads during their ample shooting time (15 minutes to hit one page of 12 tiny targets)?

Some people may dislike the idea of students holding and pointing a gun in school. James understands that concern, but he emphasized the program’s safeguards. Instructors must be certified every five years by the National Rifle Association (NRA) and the U.S. Marine Corps.

“Students do not pick up a rifle until they complete a safety course. It’s very controlled. [After shooting,] no one goes downrange until I give permission,” he said. “I can see people being concerned about young student with weapons, but there’s so many checks and balances and filters before we get here.”

Actually, many of these students had already held a gun before.

“Growing up in Sussex County, you’re kinda used to shooting guns, between hunting and everything else,” said Jacob Peoples, 10th.

But a 2-inch target requires way more accuracy than a deer. The technique is different too.

“I think it makes your personality and your social skills better,” said Joey Williams, 10th.

Many students joined on a friend’s recommendation. Others are following in the footsteps of a military family. JROTC experience can lead to an immediate promotion and pay bump in some branches of the actual military, they said.

“It’s a good experience. It teaches you discipline and teaches a whole outlook on life,” said Spencer.

“A lot of the lessons Gunny teaches us are thing we’ll keep in us the rest of our lives,” said Fadden. “It’s about life skills that you will always use and always need.”

Since the military actually sponsors programs like IR’s National Defense Cadet Corps, they like to check up on the schools. IRHS cadets stood tall on May 7 when U.S. Marine Corps officials performed the biennial general inspection.

“It’s basically a big inspection on the program itself, and they inspect everybody,” said Peoples. “It happens normally only every other year.”

“It’s like the SAT for us. It’s huge, so all of the cadets are going to be involved,” James said. “It’s pretty much to see if we’re doing things the way we’re supposed to.”

At 8 a.m., all the cadets in the program were dressed and ready to march forth into the warm sunshine, split by year into four platoons. Besides critiques of grooming and uniforms, each student was individually quizzed on Marine Corps values, U.S. history and leadership. Everyone stood together in the sun for at least 90 minutes.

Then a 12-person drill team marched around the lot, followed by a four-person color guard demonstration. Later that day, the inspectors would go indoors to review classroom paperwork.

It’s “nerve-wracking,” said a group of seniors who are fourth-year cadets.

There is some pride, said Lance Cpl. Wyatt Justice, 12th. “When the inspection’s over, you might hear that you did good. You take pride in it.”

But these inspections — from high school through boot camp — all teach the same thing: preparedness during stressful times.

“You can’t have that courage without having that fear,” Music said.

During inspection, young cadets missed some attention to details, but Lt. Col. Dave Smith (JROTC instructor at Woodbridge High School) was overall “glad to see so many have a plan” for their future after graduation.

“Even if I didn’t teach it, I think [JROTC] would be a great program,” Smith said. “If the students come in and make any effort at all, they can gain leadership skills, citizenship skills…”

“My first year … it was just another class,” said Capt. Thomas Hernandez, 12th, who is now the students’ commanding officer. “I guess Gunny just saw that I had some potential in me” because Hernandez became more inspired and dedicated to the program.

There are many opportunities, if you take advantage, said 2nd Lt. Brayan Conseco, 12th. As IR’s second in command, he particularly enjoyed the summer leadership camp.

“If kids coming into high school aren’t too sure about their plans after high school … this is a good way to get their feet wet about what the military does,” Music said. “At the end of the day, we’re still normal human beings.