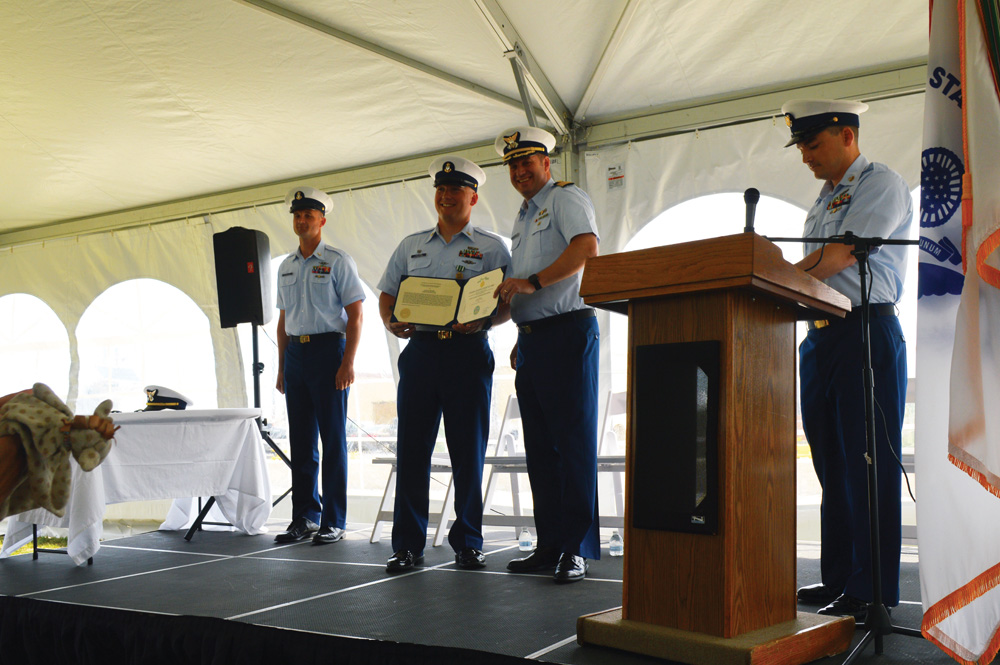 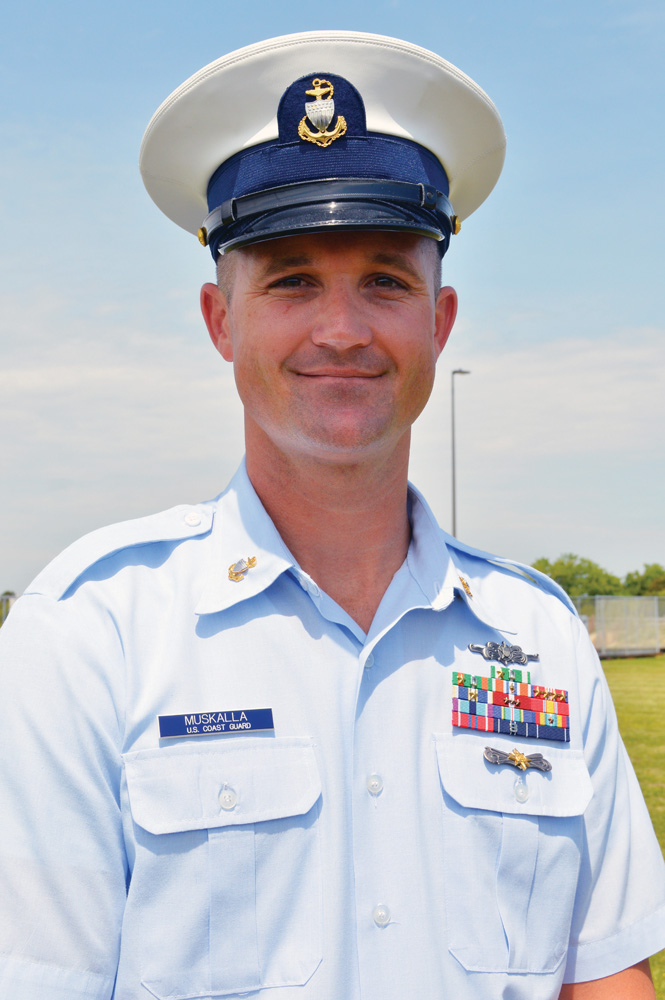 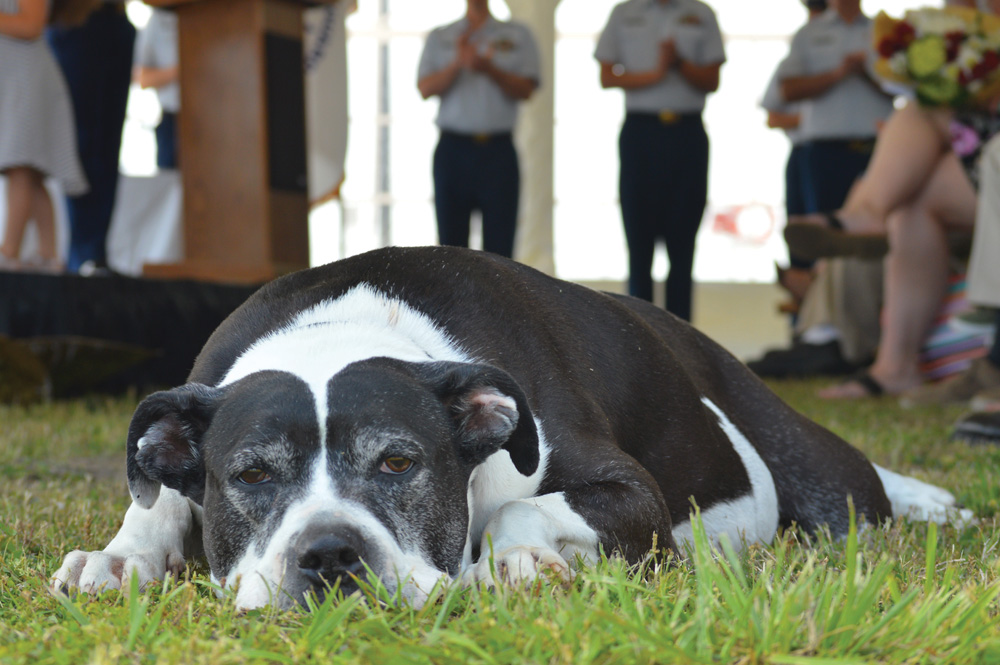 For Nicholas Muskalla, the local Coast Guard station is part of such a special community that, after three years away, he wanted to return. At a May 17 change-of-command ceremony, Chief Boatswain’s Mate Muskalla became the commanding officer of U.S. Coast Guard Station Indian River.

Previously the second-in-command at Station Indian River, Muskalla said he feels both honor and nostalgia at returning.

“I loved it here. I was really connected to the community. … When the opportunity came … I fought very hard to come back here,” said Muskalla.

He said the place is special because of a “connection with the community that is rare in other places,” including connections with local law enforcement, local media, support groups and even recreational groups.

“I’m committed to continuing — or strengthening — our partnerships, and I look forward to working them consistently.”

Outgoing chief officer Donald Holcomb Jr. led the IR station for about a year. He was promoted to first lieutenant and assigned to aboard the USCG cutter Stratton in Alameda, Calif. Holcomb’s family helped attach the new decals to his uniform during the ceremony, as he thanked his wife and two children for their ongoing support.

“It’s been a quick year, but I’ve met some incredible people, and I will always feel at home in Delaware,” said Holcomb, also thanking his staff, the Coast Guard Auxiliary, local agencies and local community. “I am proud to have served with you all. … You are a fine group of professionals, and I have enjoyed watching you develop professionally and personally.”

Representing the overall sector, Capt. Kurt Clarke complimented Holcomb as a trusted and empathetic leader with “an unwavering focus on excellence.” But most importantly, he said, Holcomb oversaw the station during the wintertime U.S. federal government shutdown, which was “by no means an easy task,” as many agencies waited for a budget resolution to restore their funding.

“The community rallied behind us, and the outpouring of support was beyond words,” Holcomb said in appreciation of the community support and donations.

The change-of-command ceremony is a formal tradition of transferring authority from one officer to another, while allowing the community to welcome the new officer in charge and honor the accomplishments of their outgoing chief.

The ceremony included a personnel inspection by the incoming and outgoing officers. But they had also spent a transition week together.

“The best part of relief week was talking to the crew,” Muskalla said. “I can see their pride in the unit and their sense of intrinsic professionalism, which is evident by their extensive list of qualifications, asset readiness and robust reserve program.”

A Florida native, Muskalla originally enlisted in 2004 and was initially based out of Atlantic Beach, N.C., on both a cutter and then from a station until about 2013. He served three years at Indian River as an executive petty officer, then hopped another boat in Key West, Fla., as a deck watch officer and pursuit coxswain. In 2018, he became an instructor in Yorktown, Pa., before applying for the command at Indian River this spring.

The Coast Guard motto is “Semper Paratus” or “Always Ready.” Station Indian River Inlet is called upon to perform many of the Coast Guard missions, including search and rescue, law enforcement, maritime safety and environmental protections, said Clarke. Their area of responsibility extends from Bowers Beach to the Fenwick Island Lighthouse, offshore about 30 nautical miles, and includes Rehoboth Bay and Indian River Bay.

“They serve on beautiful clear days, like today, to the turbulent and unforgiving coastal storms, protecting billions of dollars’ worth of assets and business heading toward the Delaware River and Philadelphia port, the country’s largest freshwater port.”

Officially founded in 1915, the U.S. Coast Guard traces its roots to a young United States in 1790. Besides everyday safety and security, the Coast Guard also takes a military role in times of war.