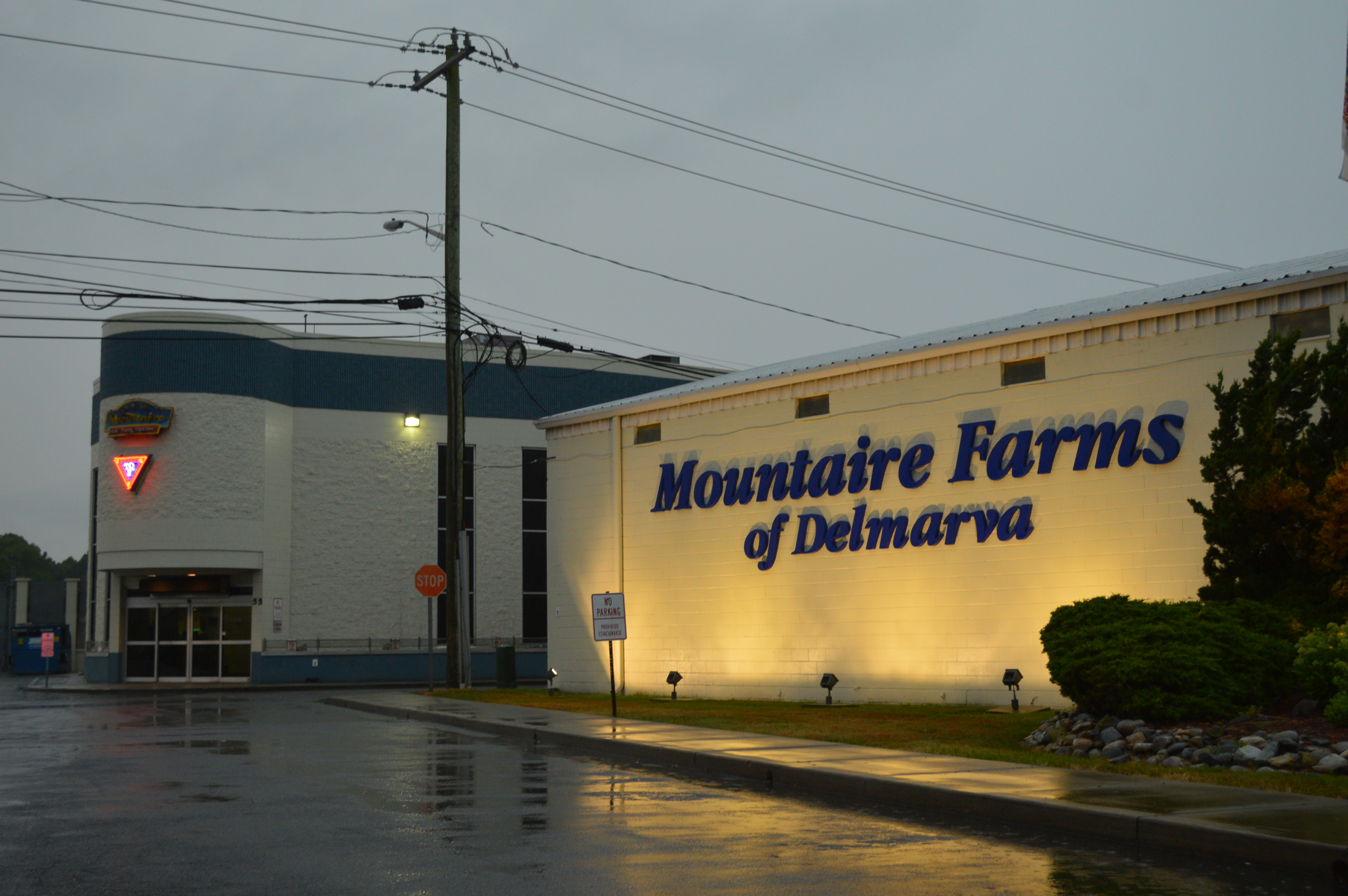 Selbyville has had a poultry processing plant in the middle of the town since the mid-1900s. Since Mountaire Farms took over the plant in the 1970s, production has increased to the point where Hosier Street traffic is stopping many times daily to accommodate tractor-trailers backing into the plant.

Although the Selbyville Town Council complimented Mountaire’s flaggers, who they said direct traffic amiably and efficiently, the council recently said it’s time for Mountaire to get serious about the frequent traffic delays.

Council members frowned upon Mountaire’s January proposal to “donate” $1 million in exchange for the Town agreeing to close part of Hosier Street, and to subsequent offers to pay even more money and to cut new roads.

But the Town agreed to form a Hosier Street Study Committee to examine other solutions. Members include all five town council members, and representatives of Mountaire, as well as local school, police and fire agencies.

On May 28, Mountaire took advantage of the assembly of town council members to discuss a second problem: chickens in the rain. The State is breathing down Mountaire’s neck to better shelter live-haul trucks, even while they’re idling a few minutes and waiting their turn to enter the factory.

The Delaware Department of Natural Resources & Environmental Control (DNREC) wants chicken cages out of the rain, so that foul stormwater can be collected and treated safely, and not float down drainpipes in the street.

Mountaire’s Mike Tirrell described a proposed canopy on the south side of Hosier Street, like a partially open pole building, 80 by 64 feet, where trucks could be staged before pulling into the factory across the street for unloading.

“It would have partial sides because of rain … and we would make sure the ground is higher than what’s around it, so the rain wouldn’t pool underneath it,” said Tirrell, executive vice president of processing operations. “It does address the stormwater issue, which is an immediate issue for us.”

“You had a problem with DNREC,” said Mayor Clifton Murrary. “Our comment was we don’t have anything to gain from it. … You’re still backing up across the street. It solves your problem. It doesn’t solve our problem.”

“If we had an answer, we sure wouldn’t be hiding it. We’ve told you everything we know,” he said.

The perfect solution could be cost-prohibitive, too. Tirrell said the factory needs to keep processing, even during major renovations.

“All my life, we’ve seen this thing escalate to the point where every 10 minutes you got a truck. It used to be every once in a while they’d back in a truck,” the mayor said. “It didn’t used to be this way. This thing has grown quite a bit in the last few years.”

As for the Hosier Street traffic backups, “I can tell you we’ll keep working on it. … We know it’s an issue, and we want to be a value to the town. We want to be a good neighbor … because we are in a town, and when you’re in a town, you have to do better.”

“You are in a town,” emphasized Mayor Murray. “Right square in the middle!”

“I think the relationship we have today is many times better than it ever was,” Tirrell later said. “The fact that we’re sitting here discussing this — we’re serious about being good neighbors. I can’t fix everything as fast as we all want, but I need a little help, ’cause this is a bad one,” he said of the predicament.

The canopy plan will move ahead through the design and permitting process. Acting as a committee, the town council members voted, 4-1, to officially recommend that the Town and town council consider the proposed canopy.

“I think it’s a mistake to do that, because you’re gonna have to change zoning,” Councilman G. Frank Smith III said in dissenting, saying he preferred that Mountaire build on an existing footprint “instead of allowing them to build another structure.”

(Mountaire Farms President Phillip Plylar had suggested using an existing cage repair shop for a trailer staging area during the April 15 meeting. But Councilman Bud Tingle had said that contradicts the company’s existing memorandum-of-understanding with the Town.)

Smith had also suggested that Selbyville’s rejecting the structure could be an incentive for Mountaire to redouble its efforts on improving Hosier traffic flow.

Although this conversation “should’ve started 20 years ago,” Duncan said, “We both need the same environmental people supporting the town. … If we start denying Mountaire things on the environmental side, and then ask for the same things down the line from the same agency, we’d step on our own toes.”

Mountaire’s Millsboro plant is also undergoing scrutiny, where they’re looking at millions of dollars in repairs — and lawsuits — for failures at the wastewater treatment and the potential impact on nearby residents’ well water.

Mountaire must undergo engineering and town permitting for the canopy project, but they at least seem to have Selbyville’s acknowledgement that this is likely the best solution, for now. Tirrell said he wanted Selbyville’s blessing before presenting the idea to DNREC and DNREC Secretary Shawn Garvin.

“The way I see it, they don’t leave you any choice, which doesn’t leave us much choice,” Tingle said. “But you have to keep working on the other plan, too.”

“This has gotten off-track of what the Hosier Street committee’s about,” Mayor Murray said.