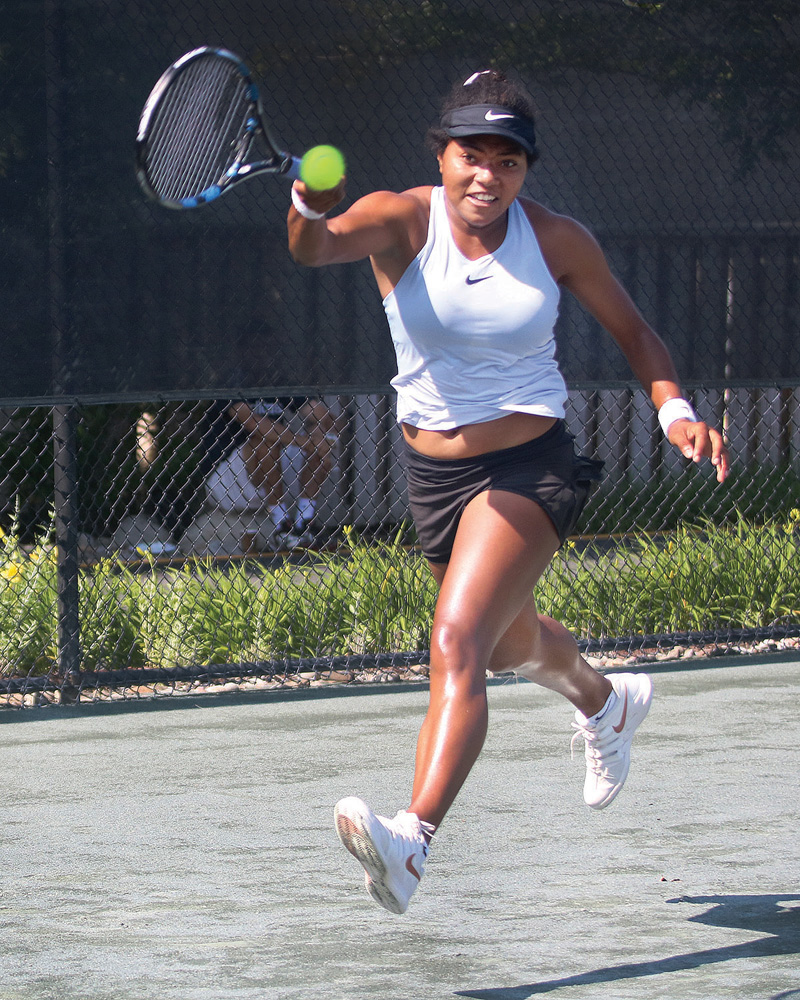 June has arrived, and with it, play in the ninth annual ResortQuest Pro Women’s Open at Sea Colony, which got under way on Monday, June 3, and runs through Sunday, June 9.

The $25,000 USTA Pro Circuit clay-court event was able to take advantage of beautiful weather for outdoor tennis this week, under bright sunshine and blue skies. Players from all over the world have descended upon the area in hopes of taking home their piece of the prize money, but perhaps more importantly, world ranking points.

Players from the U.S., Canada, Bulgaria, Georgia, Australia, Peru, Mexico, Bosnia-Herzegovina, Switzerland, the Ukraine and Russia all participated during the first two days of action.

Among the 16 matches played on Monday, four of them went to three sets. Giavara had the day’s longest match among them, with a 6-3, 5-7, 10-7 win over Canadian Louise Kwong. Australian Alexandra Osborne recovered after dropping the first set against American Emerald Able for a 4-6, 6-3, 10-6 win. Third seed Dominque Schaefer, the lone representative from South America, defeated American Fiona Crawley, 6-2, 4-6, 10-3.

On Tuesday, first-round singles action got under way, with Americans Sophie Chang and Natasha Subhash advancing. There were also more qualifying singles matches contested, with Ma, Stearns, Robinson and Kinard all advancing.

The event is once again sponsored by ResortQuest, as well as the United States Tennis Association (USTA), UBS Financial and the Sea Colony community. The singles and doubles tournament continues through Sunday. The annual event sees participation from players who are nationally- and internationally-ranked across women’s tennis, seeking world ranking points and a share of the event’s prize money.

For more results, schedule and information on the event, visit the website at https://www.seacolonytennis.net/pages/index.cfm?siteid=16731.