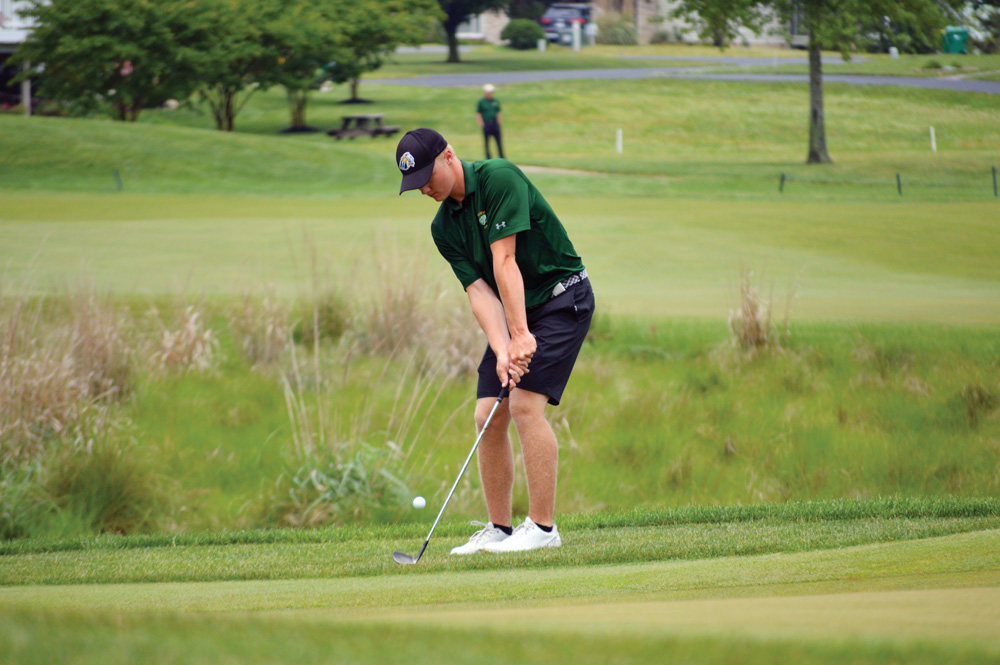 History has been made once again for the Indian River High School Athletic Department.

Just over a week after the school’s boys’ volleyball team captured a state title, the IRHS golf team completed their best season in school history with an overall sixth-place finish in the team standings of the DIAA State Golf Championships at Cripple Creek Golf & Country Club.

Tower Hill won the team title for the fourth straight season, bettering their score from last year by nine strokes. Archmere’s Phoebe Brinker had an amazing final round, shooting a 4-under 67 to win the girl’s championship. Red Lion’s Austin Barbin clinched the boys’ crown with a 2-over 73, which was the same score he shot in Round 1.

“I was really happy with our performance in the state tournament,” said IR head coach Billy Wingate, who had been named the conference’s Coach of the Year a week earlier. “We ended up coming in sixth place. That is a big accomplishment for a small school. Unlike other sports, in high school golf, Division I and II play against each other — it’s not divided. We are competing against the bigger schools.”

Additionally, IR sophomore Zach Lingenfelter completed his final round at 16-over, for a +30 over the two days, which was good for sole possession of 33rd place. Freshman Ben Brzozowski (44th), junior Ryan Stone (57th) and senior Luke Morgan (61st) rounded out the Indians individual efforts.

The best three scores were figured into the team scores in the final round. The top four scores were counted following Day 1.

Ocean View resident and Sussex Academy freshman Hannah Lydic tied Hook at +21 with her second-round score of 11-over.

There were only five rounds over the two days that were completed under par, recorded by Brinker, Tower Hill’s Rylie Heflin and Jennifer Cleary, Tatnall’s Anthony Ciconte and Padua’s Haley Quickel.

The Indians’ team success has Wingate already looking forward to next season.

“I want to thank my assistant coach, Neil Beahan,” concluded Wingate. “He was a big help. Also, Cripple Creek Golf Course for their hospitality and how professional they were in handling the tournament. I can’t wait for next year already.”