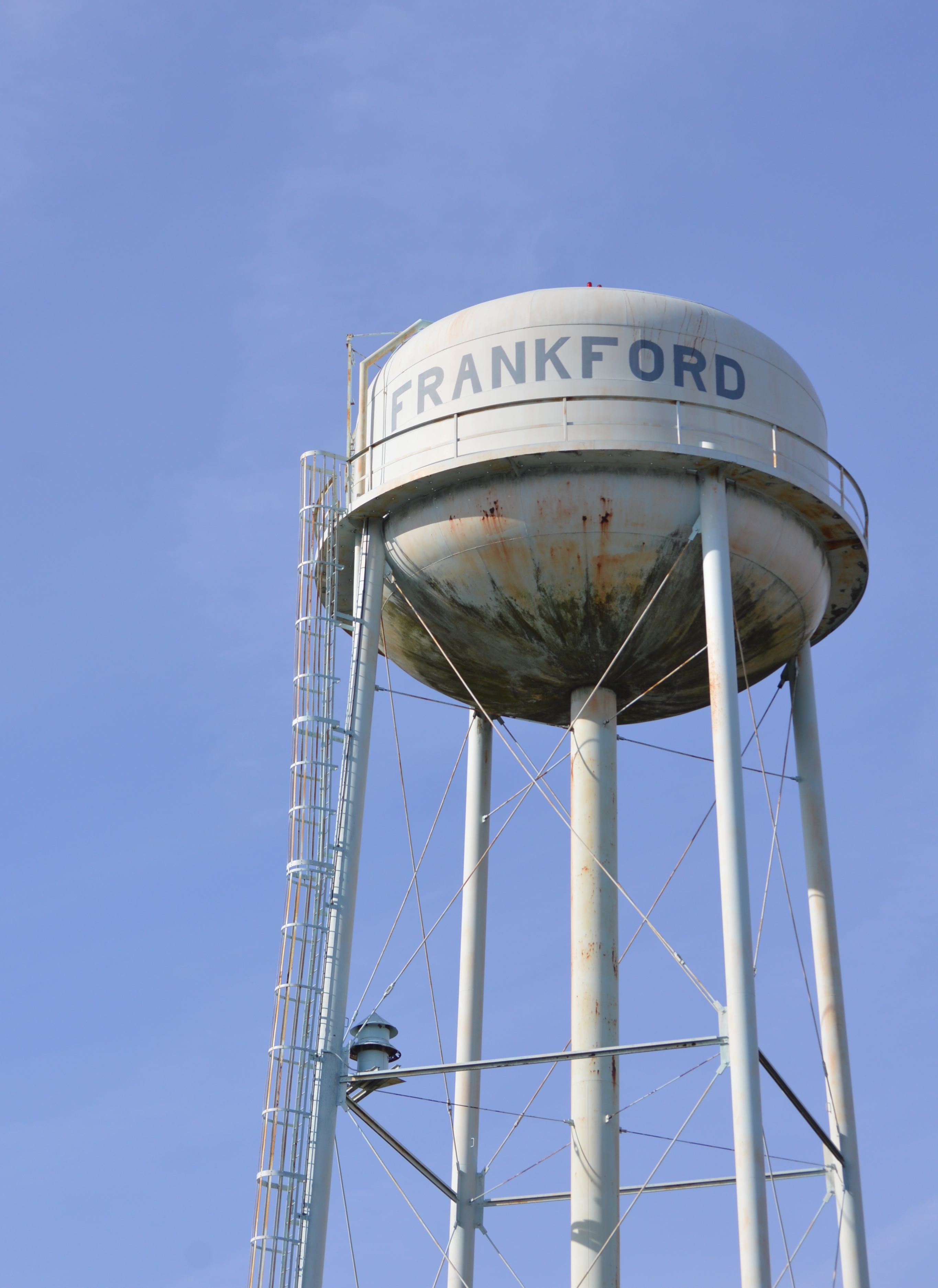 Frankford may get out of water business, switch to Artesian

Although Welch did not mention the company by name during the meeting, he acknowledged after the meeting that Artesian Water Co. is the “private entity” he had referred to throughout the discussion of the possibility of the Town entering into an agreement to turn over its oft-troubled water system.

“We are discussing putting our water system out to bid,” Welch said.

After being approached by Artesian, which is building a production well and storage in Dagsboro, Welch said, town officials “talked to our attorney and our engineer, and we’re told we need to create” a request for proposal (RFP). “So we’re compiling what our water plant has as assets, the customer base, the money it brings in, and we’re creating documents to put that out for proposal,” Welch said.

He told the handful of residents who attended the meeting that what Artesian could offer the Town “seemed very promising.”

“It seems that our water plant has so many issues and … right now, it’s hard to resolve them because our base is 350 consumers, or 350 homes anyway. So with that small base, it makes it very hard to maintain and improve it, keep it running. So we’re putting the feelers out to see what somebody else can get us.

“We would become part of their base,” rather than the Town continuing to serve just the customers in the town and on adjacent properties that have requested and received service. “The new well in Dagsboro will have the capacity to provide 4 million gallons per day, and we produce about 1.4 million per month,” Welch said.

Artesian is also in talks with Dagsboro to provide water to that town once that new well is up and running. Town Council President Joanne Bacon pointed out that the Town of Dagsboro is still under contract to purchase its water from the Town of Millsboro until 2022.

“What are the possible disadvantages?” to going to a private company, such as Artesian, to provide the town’s water service, resident Jerry Smith asked.

“One of the possible disadvantages is we don’t have too much say in the cost or quality of the water,” Welch said, explaining that the State of Delaware Public Service Commission “governs the cost there.

Welch said Frankford residents would see a dramatic drop in the cost of their water if Artesian took over the system, going from the current cost of approximately $12 per 1,000 gallons to $7 for the same amount of water.

“We don’t have much to offer as it is, with the cost and quality of our water and what we need to put into it to get somewhere,” Welch said.

He said surrounding towns are moving to purchasing water from private companies, including Dagsboro.

“Millsboro and Dagsboro want to get out of the situation they’re in,” Welch said. “Millsboro wants to use their water elsewhere, and Dagsboro hasn’t been happy with the water,” it receives from Millsboro, he added.

Meanwhile, Welch said the Town is not yet abandoning other possible avenues for water system improvement.

“The USDA is supposed to get figures for projects that we’ve put forth… the Delaware Avenue annexation, the water tower restoration and the new meters. But, really, looking at the money, we don’t have a way of doing it,” even with federal grants, Welch said.

“We haven’t gotten [the USDA] offer yet, so we don’t really know how dire we are, but really we’re maxed out with what we should be charging people for water right now, and all those projects add a total cost of $2 million,” he said.

Artesian, he said, would have their own system that would provide water to the town.

“They’re not very interested in what we have,” he said of the existing Frankford system.

As for the quality of the Town’s water at this time, Welch said that, as of last year’s water-quality report, “We’re passing on everything.” He said he just recently received the current year’s report but hadn’t read it yet.

Several town residents complained of yellow water, to which Welch responded, “Iron is more of a nuisance thing that isn’t that regulated. It should be — I don’t like it either,” particularly when his own pool water is discolored, he said.

Welch said the council had received a draft of the RFP from its attorney, but that it did not include some assets, including the water plant and the water tower.

“I requested that that be in there,” he said.

“I don’t think there’s a whole lot of entities that are capable of taking our system over and benefitting us,” Welch added. “But there seems to be one that came to us — but we’ve got to get it out to bid to multiple people, then make that decision to see if that’s a good direction to head.”

“It’s all in the preliminary stages really, at this point,” said Bacon.

In other business, the council:

• Received for review a draft noise ordinance from resident Jerry Smith, as a proposed update to the current ordinance, which only addresses vehicle noise;

• Voted unanimously to give maintenance supervisor Jamie Reed the additional title of code enforcement officer, giving him the ability to cite residents for code violations that he sees while working around the town; and

· Voted 3-2, with members Skip Ash and Velicia Melson dissenting, to approve requests for a number of improvements to the Mountaire Farms property in the middle of town, including changes to the parking lot and the addition of a stormwater retention pond.