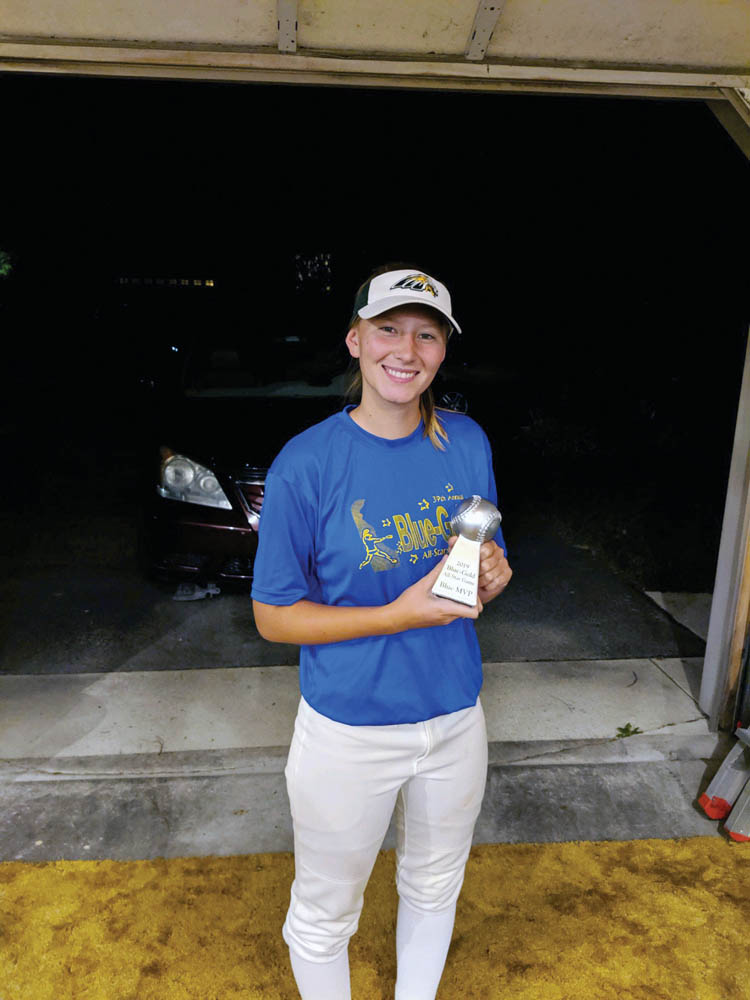 It was a collection of the best senior softball players the state had to offer on Tuesday, June 10, at the Dover Little League complex at the annual Blue-Gold All-Star game.

It took 10 innings, but thanks in part to a solo home run from Sussex Central’s Devan Hudson, the Gold squad out-lasted the Blue, 4-3, to win this year’s showcase. Hudson finished with the home run, a triple and two runs scored to garner the Gold Team’s Most Valuable Player award.

The winning run came in the top of the 10th inning, when Middletown’s Carly Setting scored following a hit from Smyrna’s Sara Miller for the game-winning run. It came after officials decided the extra inning would be played using the international softball rule, which requires a team to start with a runner on second base and no outs.

Recent Indian River graduates Abby O’Shields and Kat Collins were members of the Blue team. O’Shields started the game and fired four innings of no-hit ball with three strikeouts, to be named the Blue Team’s MVP. She was also 1-for-3 at the plate in the game.

Collins played third base for the Blue team, making a put out in her five innings of action. She was 0-for-2 at the plate.

And as far as being named the team MVP?

“It was very surprising, but it was a good end to my high school career,” she concluded.

The daughter of Sam and Teresa O’Shields, Abby O’Shields will be attending West Virginia Wesleyan College in the fall, which is a change from her original choice of East Stroudsburg University in Pennsylvania. She said the change was due to East Stroudsburg’s affiliation with NASA and her desire to become an aerospace engineer.