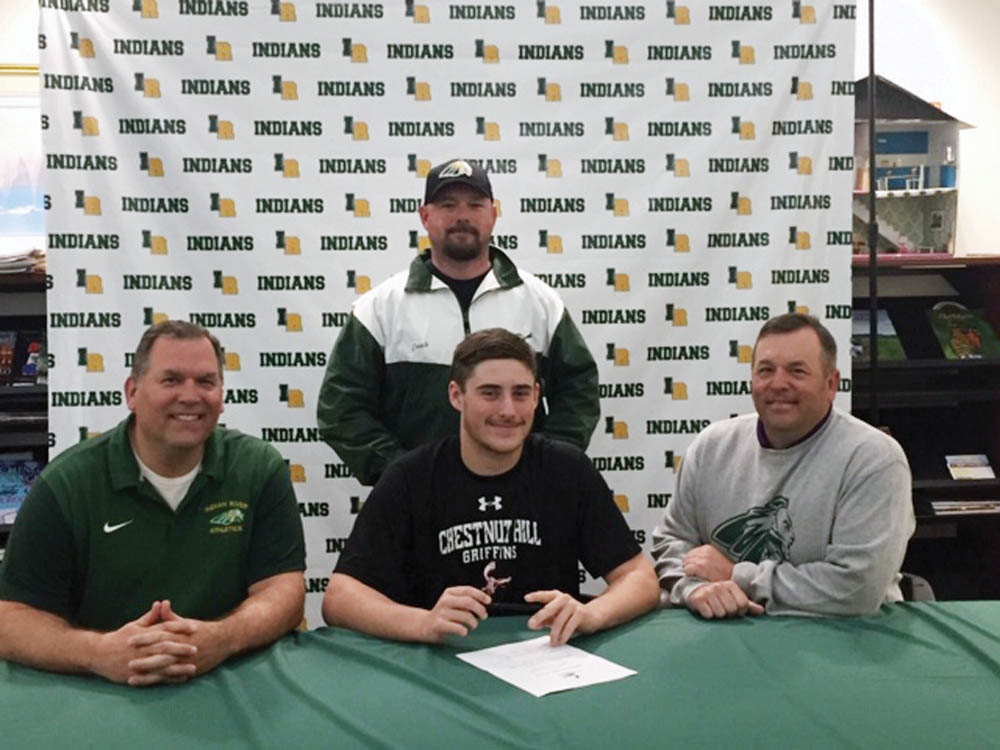 Many a student-athlete’s dream is to one day be able to play at the next level, whether it is collegiately or on the grand stage of the professional ranks.

“I really liked the location, and I really got along well with the guys when I went on my visit,” said Schultz, who will major in criminal justice administration, with hopes of pursuing a career in law enforcement. “The other players have a similar attitude to mine, and that is they want to win a championship.”

The recent IR grad played face-off midfielder for the Indians this past season, winning more than 200 of the face-offs he was involved in. He was a significant part of the team’s success during an 11-6 season that saw them earn a berth in the DIAA state playoffs.

For the season, Schultz scored 22 goals to go along with 18 assists, as IR earned their first state berth since 2016.

“I love being on face-offs,” Schultz admitted. “If I win the face-off, we have a really good opportunity to score. It feels like I am more a part of the game, and I really have a lot of fun with it.”

The son of Sharon and Donald Schultz, Zach Schultz will join a Griffins squad that went 11-5 overall this season and were a perfect 5-0 in their conference — the Central Atlantic Collegiate Conference — which includes Delaware’s Wilmington University. The top-seeded Griffins lost in the conference championship game to No. 2 Georgian Court University, 11-10. The team is coached by Mike Terranova, who has guided the program for the past two seasons.