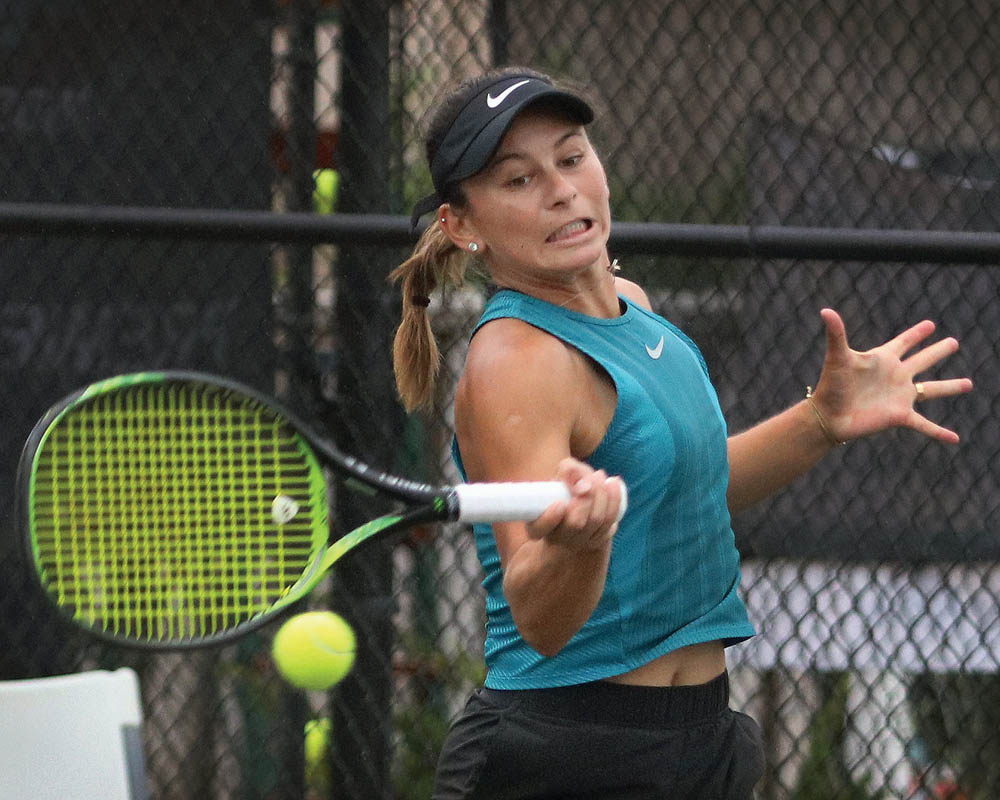 A week’s worth of tennis action under beautiful skies wrapped up on Sunday, June 9, with the 9th Annual ResortQuest Pro Women’s Open at Sea Colony singles’ championship as the week’s final match.

It was an all-American final between 20-year-old Usue Maitane Arconada and 17-year-old Natasha Subhash on the clay court. In the end, it was top-seeded Arconada staking claim to the circuit’s title with a 6-1, 6-1 straight-sets decision over Subhash to take home her share of the $25,000 prize pool, as well as the all-important world ranking points.

Arconada did not drop a set the entire week, while Subhash reached the final after being a qualifying wild card. She needed three sets and more than three hours to reach the championship final during her semifinal match.

In doing so, Arconada became just the second player to win both the singles and doubles tournament titles in the same year.

The tournament this year had players from all across the world dropping into participate, representation countries including Australia, Bosnia/Herzegovina, Bulgaria, Canada, the Czech Republic, Hungary, Mexico, Peru, Romania, Russia, Switzerland, Slovakia and, of course, the United States of America.

Along with the USTA, the weeklong tennis competition was sponsored by UBS Financial and the Sea Colony community. Many of the players who participated are nationally- and internationally-ranked players.

Tournament officials and staff extended a very special thank-you the Sea Colony homeowners, the resort’s tennis committee, volunteers and sponsors for making the event possible, and successful, again this year.