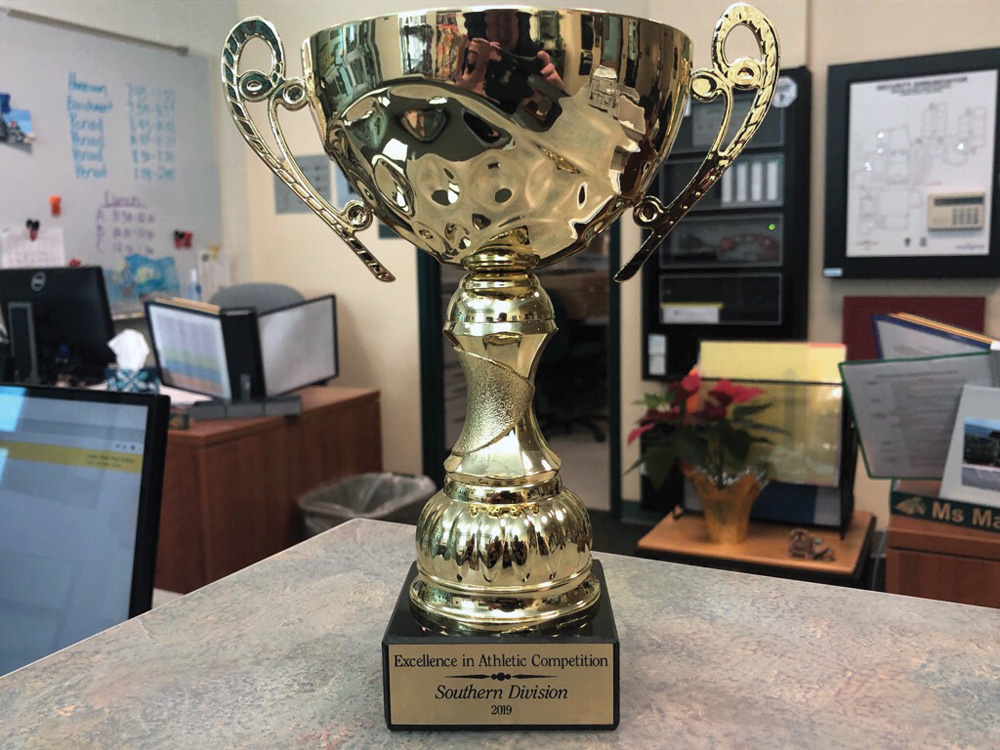 The Indian River High School Athletic Department, its coaches and student-athletes collectively are walking around with a little pep in their step after it was recently announced that, for the second straight year, they have won the Henlopen Athletic Conference South Division Founders Cup trophy.

It is the 10th time overall for the Indians since the initial presentation of the award back in 1986-1987.

“Winning the Founders Cup, for the second straight year, shows a great drive for our coaches and our athletes, and should help drive everyone to win it a third year in a row,” IR Athletic Director Todd Fuhrmann said after announcing the honor. “Again, like last year, my biggest thing is that I am so proud of our athletes, coaches, fans, administration, school board and staff for this accomplishment. I look forward to continuing this performance and appreciate all the support we receive.”

The Founder’s Cup is awarded annually at the end of each academic and athletic year, with all of the points earned by each sport tallied up. IR amassed 114.0 total points this academic year. They bested second-place Lake Forest by just two points. The Indians picked up three South Division titles in the fall (boys’ soccer, boys’ cross-country and girls’ volleyball), and one in the winter, thanks to boys’ swimming. In the spring, the Indians added three more, from girls’ soccer, boys’ tennis and softball.

The seven combined division titles for IR were the most in the South, with Lake Forest right behind with six. Milford won four division crowns, while Sussex Academy picked up three, Woodbridge two and Delmar one. Seaford and Laurel were shut out and had the lowest index scores.

The Founders Cup point total is calculated by overall placement in each sport in the division; then an index is calculated. The Indian River index was a 5.43, which just edged out Lake Forest’s 5.09 index score.

That’s a consistent run of athletic success for the Green & Gold, offering a point of IR Pride for all involved.