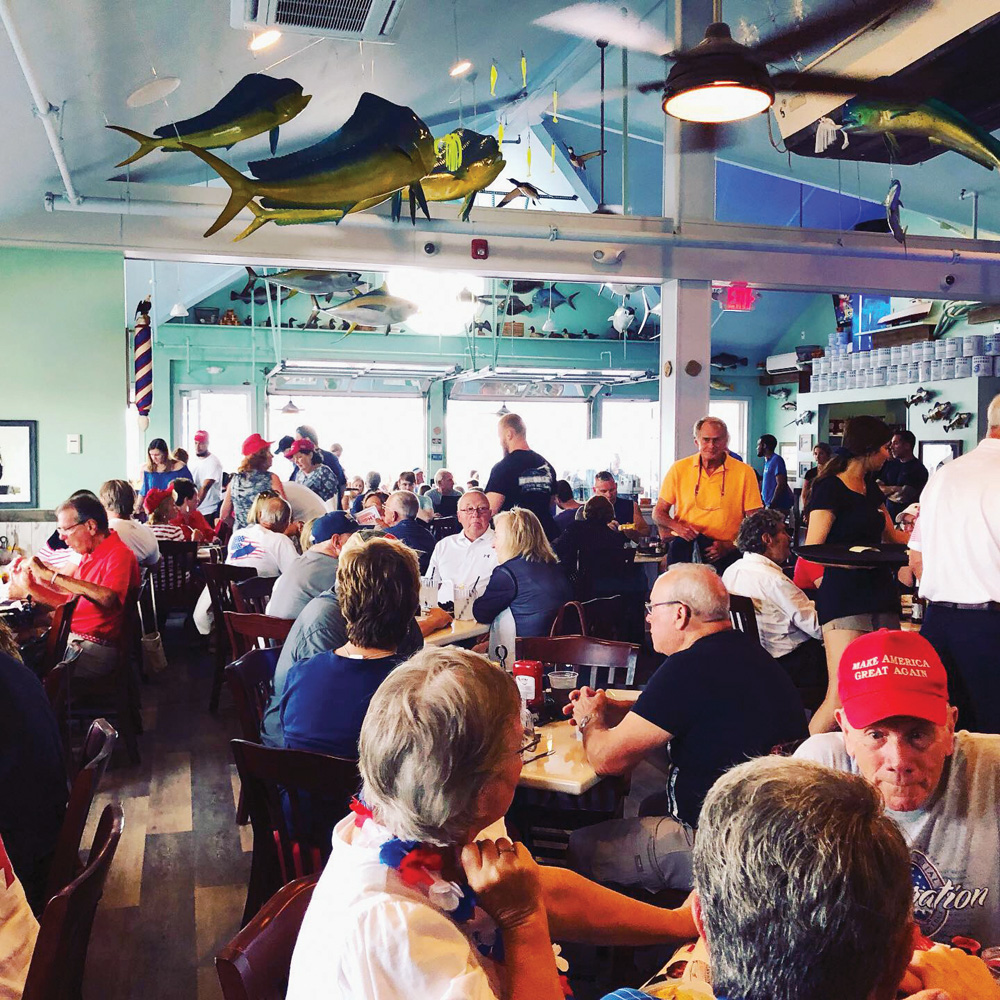 On June 19, in a joint effort between the Delaware Republican Party and the Delaware Trump Team, there were six Trump 2020 re-election campaign kick-off watch parties throughout the state of Delaware. Sussex County Trump supporters gathered at three watch parties to view the live TV broadcast of Trump’s re-election campaign kickoff event held at the Amway Center in Orlando, Fla. Supporters met at Mulligan’s Pointe in Georgetown, the Green Turtle in Lewes and Ropewalk in Bethany Beach, which had the largest turnout. The organizers, Rob Arlett and Marilyn Booker, said they initially expected around 20 attendees. They said that number quickly swelled to 80, then 120. By Tuesday evening, more than 150 had met to eat, drink and hear Trump’s plan for his next term. As the 2020 campaign season rolls out, Arlett and Booker said they expect to coordinate several events in Southeast Sussex County to include debate watch parties, among others. For more information, e-mail Marilyn Booker and Rob Arlett at LeadRightSussex@gmail.com.