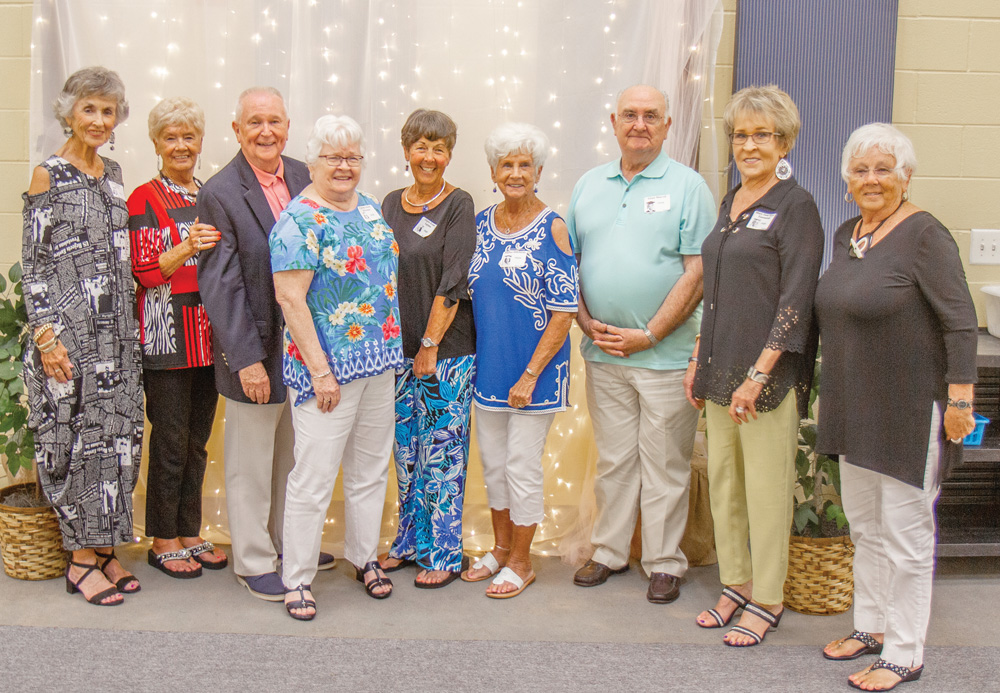 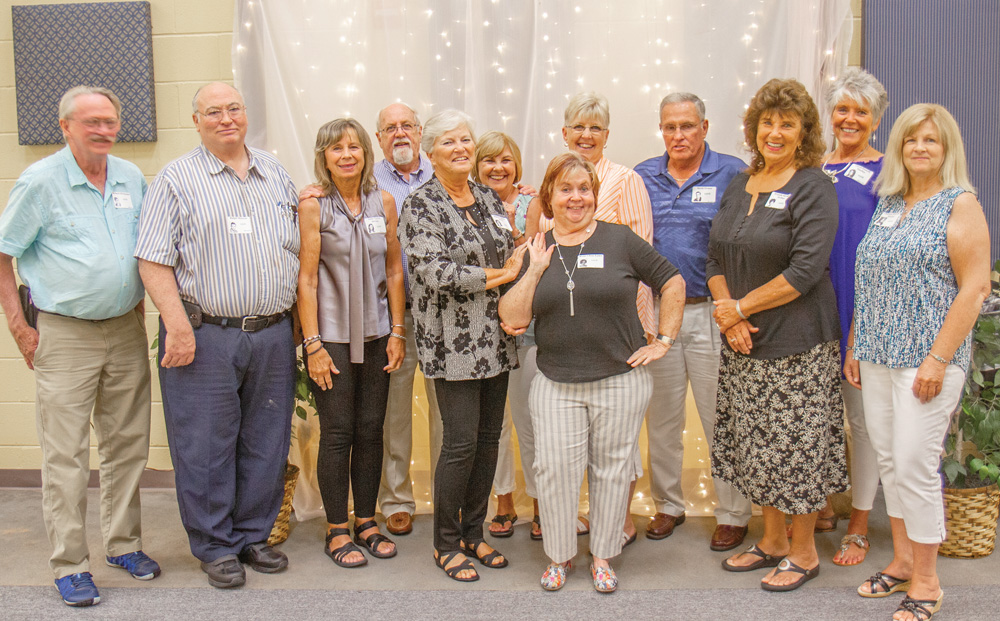 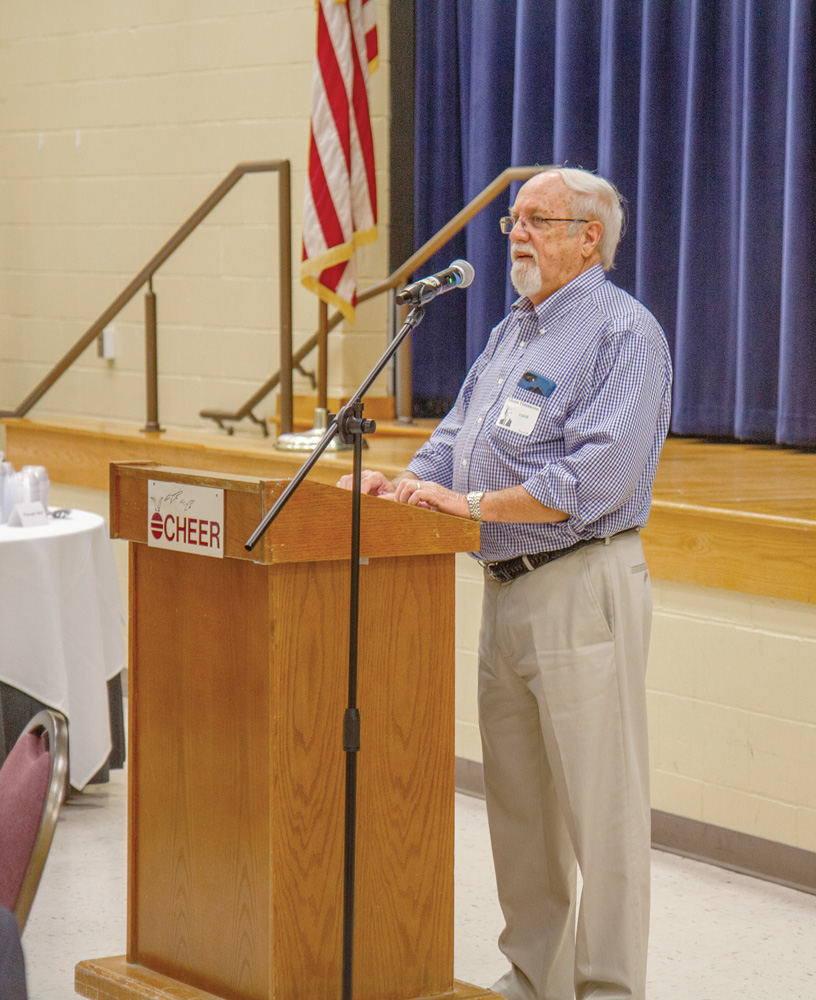 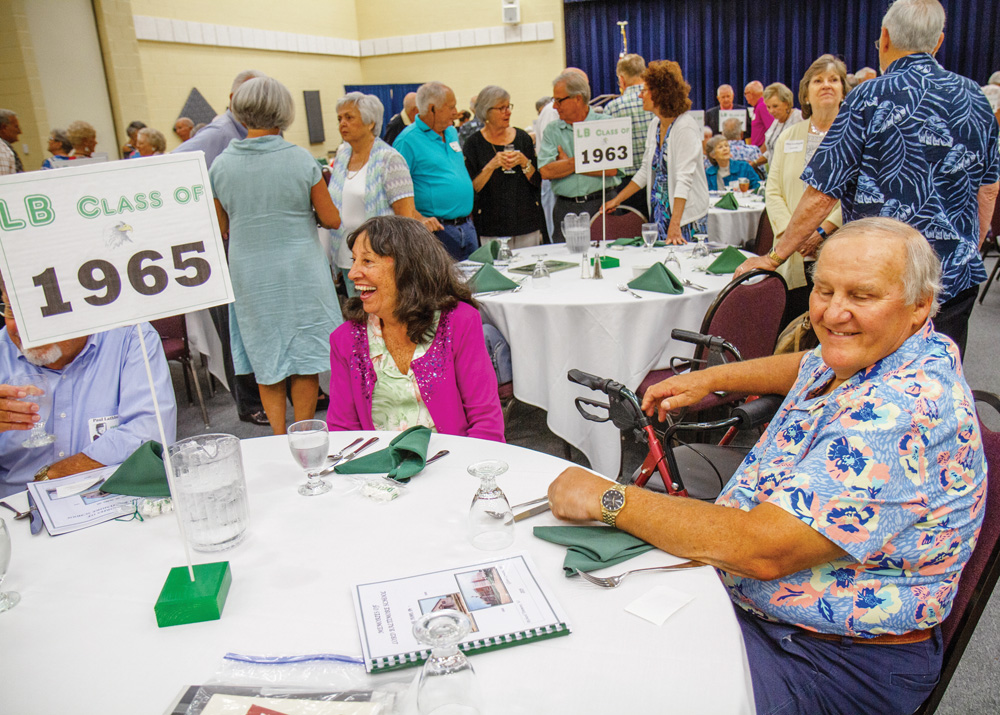 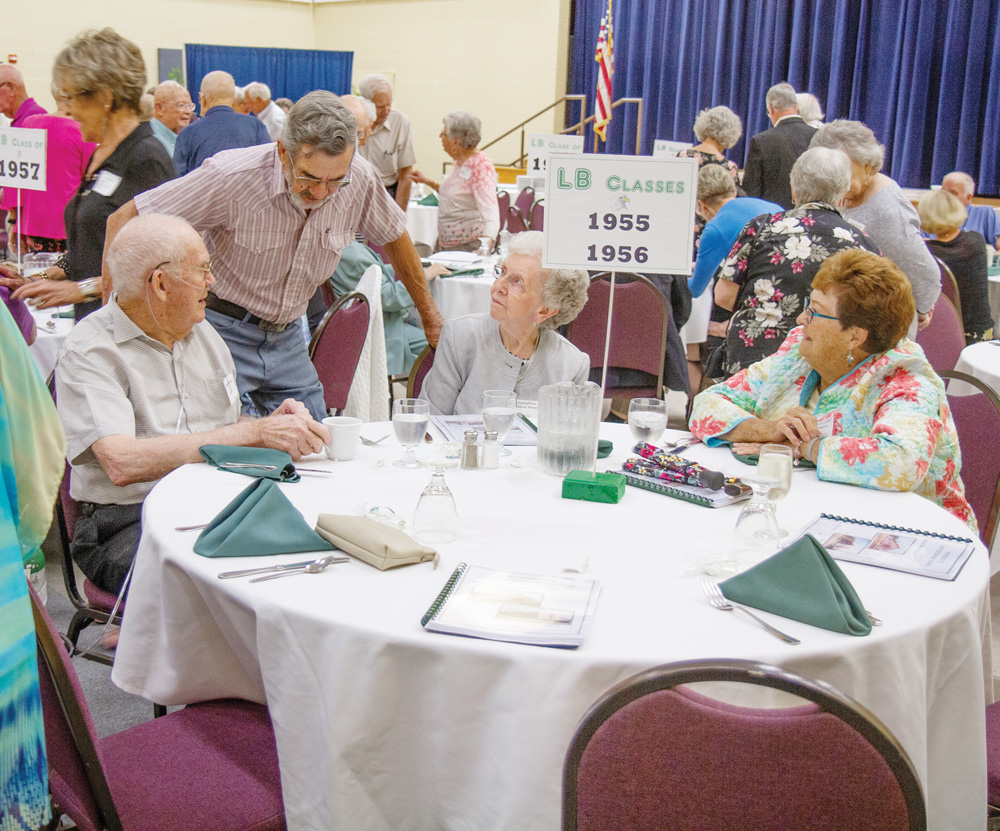 “L.B. truly was a remarkable experience as schools go,” said Glenn Timmons, a member of the Class of 1968. “We knew students from upper and lower classes, and the school was small — I believe the largest graduating class was 42 students in 1968.”

On June 22, for the seventh time since 1997, alumni assembled for an All-Classes event at the Georgetown CHEER Center. This year, more than 200 graduates and their guests shared fond memories, and honored their past teachers and administration. The oldest attendees represented the Classes of 1941 and 1943.

“We had former students from up and down the East Coast, as well as the local region,” said Richard Timmons, a member of the Class of 1965. “Two traveled across the country: Gary Devaney came in from Las Vegas, Nev., and Charlene Nengel Havens came in from Washington state.”

Alumnus Vernon McCabe started the tradition of All-Classes events around 1997. The Timmons brothers took over and also published the 120-page “Memories of Lord Baltimore School,” featuring the memories of nearly 60 former students.

The original wooden Lord Baltimore School was built around 1920, predominantly serving white children in the coastal region, grades 1 to 12. It was the merging of smaller schoolhouses (after a contentious public referendum) when philanthropist Pierre S. DuPont was erecting new schoolhouses statewide. The school mascot was an eagle in the colors green and white.

In 1932, the iconic brick building opened as a high school as more schoolhouses consolidated with LB. By 1951, renovations allowed all grades to fit in the brick building, and the wooden elementary building was demolished and replaced by the gym.

More than 850 students graduated from the school from 1922 to 1968, after which L.B. joined the John M. Clayton School to form Indian River High School. (Selbyville would join them a year later.) The brick building has been Lord Baltimore Elementary School ever since, to continue educating the children and grandchildren of some of those earlier L.B. grads.