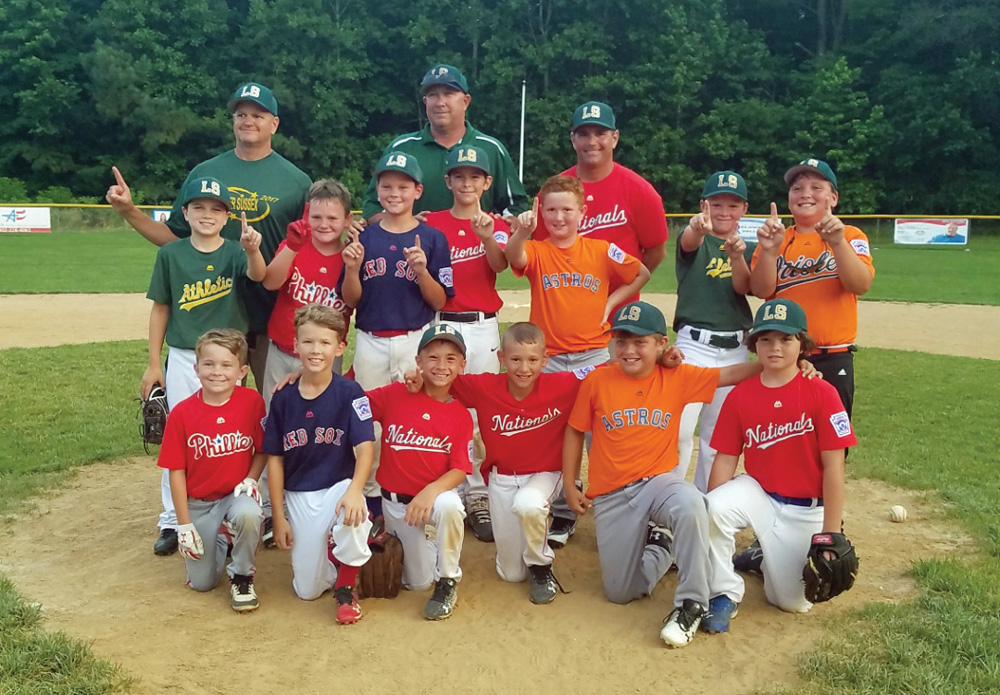 It was a perfect run through pool play and the championship game for the Lower Sussex Little League 10-12 boys’ baseball team during the Pat Knight tournament last week.

The 8-10 boys baseball team had a near-perfect run through their Pat Knight bracket, recovering from their tourney-opening 6-7 setback to Milton to run off five straight wins, including a 13-2 shellacking of Laurel in the championship.

LSLL beat Millsboro (16-3), Laurel (13-10), Lewes-Rehoboth (19-5) and Georgetown (17-8) to secure the top spot in pool play and their berth in the championship game. Despite an identical record to Milton, at 3-2, Laurel advanced to the finals against LSLL by virtue of their 19-14 head-to-head win over Milton in pool play.

Other LSLL teams will begin their District 3 postseason play this week, starting with the 8-10 baseball team on Friday, July 5, at the Nanticoke Little League facility, against Millsboro.

The 10-12 baseball team will open up at Millsboro on Wednesday, July 10, against Lewes-Rehoboth, while the Junior team will begin their double-elimination bracket play against Cape-Georgetown on Saturday, July 13, at the Pyle Center Complex.

The Senior boys’ team, featuring players from both Millsboro and LSLL, bowed out of their District 3 tournament following a pair of losses in their double-elimination bracket. The squad lost 5-2 to Nanticoke-Laurel and 12-8 to Cape-Georgetown.

Over on the softball side of things, in the 8-10 division LSLL will take on Lewes-Rehoboth in their opening-round game on Saturday, July 6, at the Millsboro Little League Complex.

The two-team best-of-three series in the 13-15 junior division of softball features a combined team of Georgetown, Cape and Lower Sussex taking on the combined entry of Nanticoke, Laurel and Millsboro. The series got under way on Tuesday, July 2, and results will be found on the Coastal Point sports Facebook page, as it was played after our Coastal Point press time.