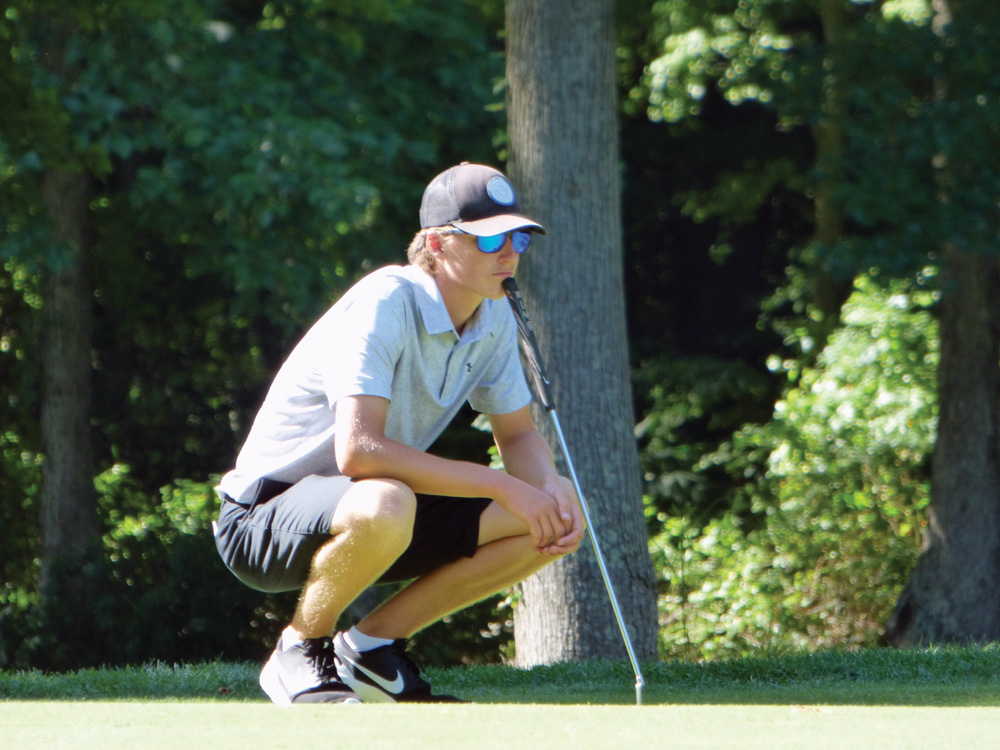 Indian River High School senior Colby Hook competed amongst some of the best junior golfers in the states of Delaware and Pennsylvania at the regional Junior PGA Philadelphia Championship tournament on Monday, July 1.

Hook was battling against 68 of the top Junior players in the Philadelphia Section Tour — which includes Delaware — playing 36 holes of golf, with a berth in the Junior PGA National Championship on the line for the top two golfers.

But after carding a 77 and 75 on the day, Hook came up short of his bid, finishing 16th out of the 68 players. It was a solid performance, and one that earned him AJGA performance points for rankings.

“I know to win on this level of competition. It takes par or better to win,” Hook said of his performance. ”I am back on the grind next week in Canonsburg (Pa.) in a qualifier, in hopes of earning a spot in an AJGA tournament.

“If I don’t earn a spot, then I will drive over to Rising Sun (Md.) for the Delaware State Golf Association’s 68th Delaware Junior Championship at Chesapeake Bay Golf Club. I will face many of the same top players that were in the 2019 Philadelphia Section Boys Junior PGA Championship.”

Red Lion’s Austin Barbin — the 2019 DIAA boys’ state champion for golf — will be one of the 144 other top male junior golfers at the 44th Boys Junior PGA Championship, hosted at Keney Park Golf Course in Hartford, Conn.

Barbin shot a combined 140 for his 36 holes, to win the tournament, narrowly defeating Jaden Weisman, of Malvern, Pa. The two players will participate in the Junior PGA Championship from July 30 through Aug. 2.