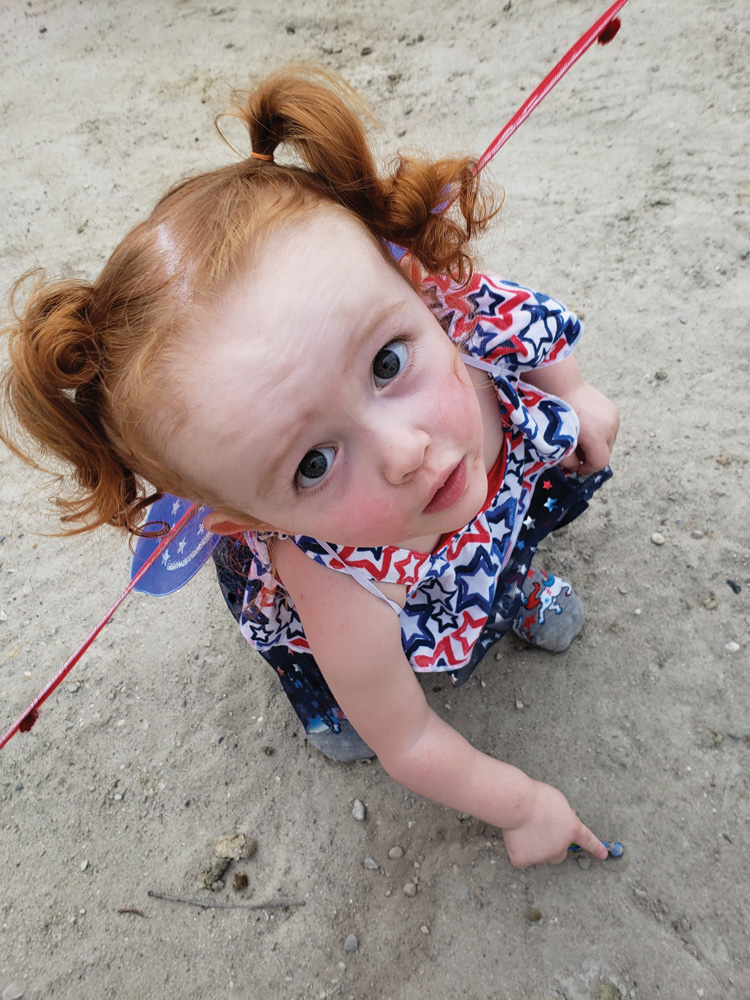 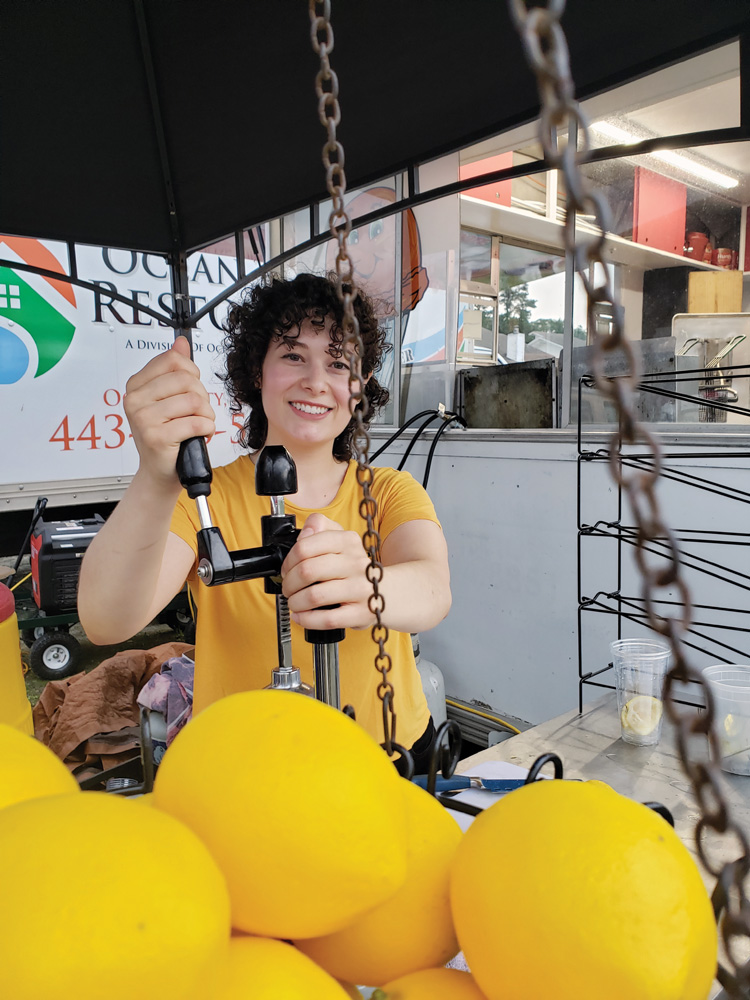 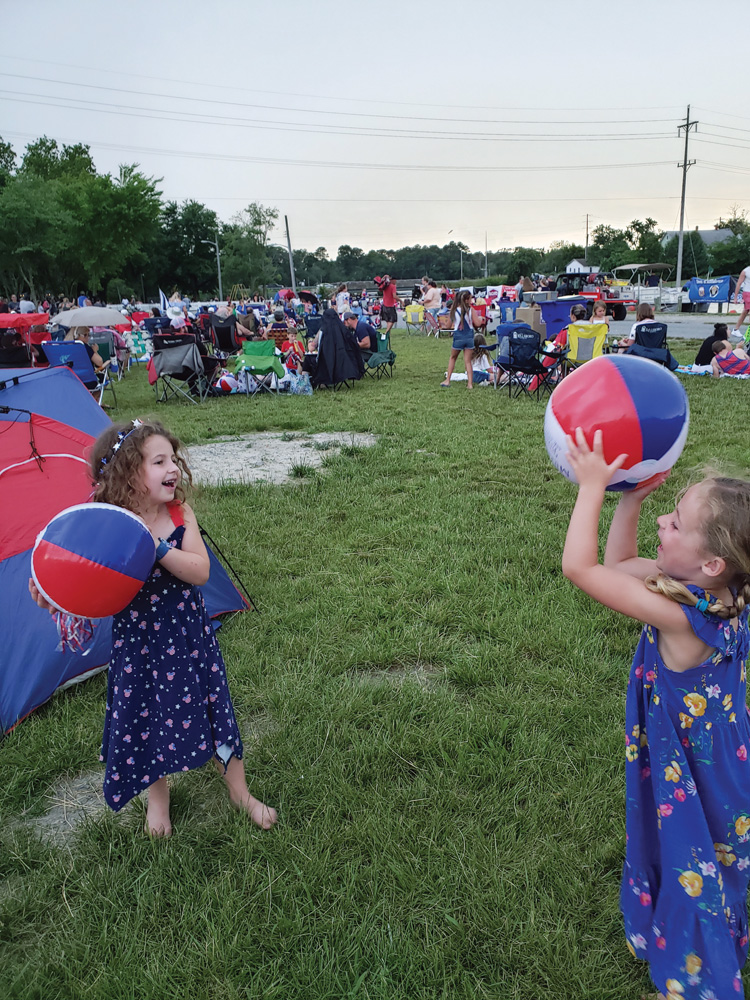 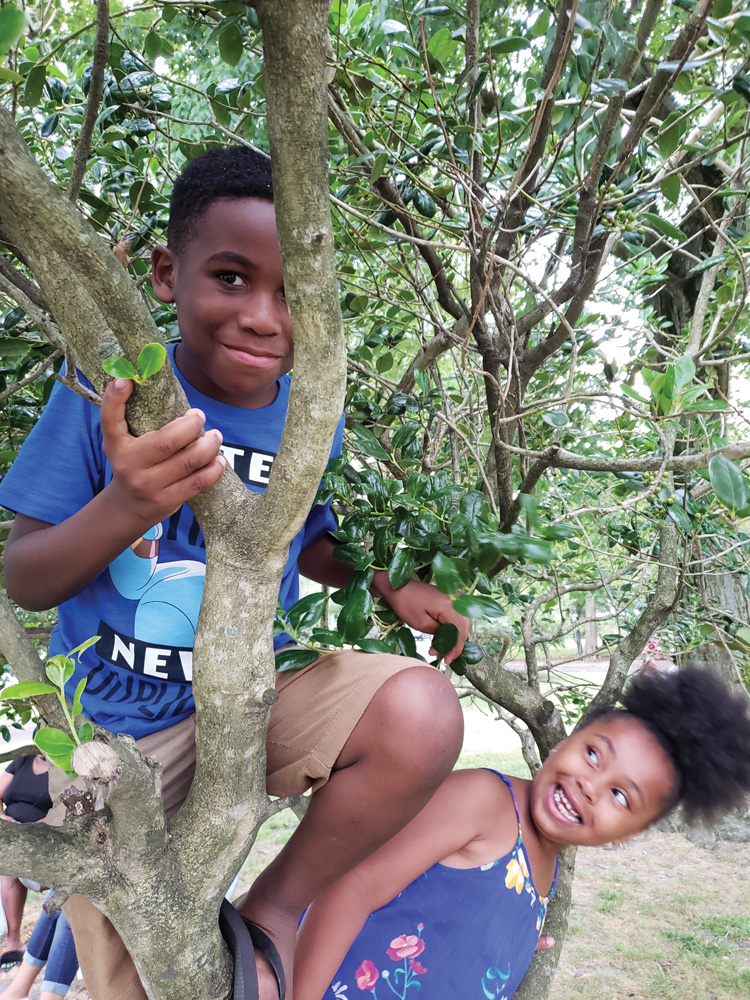 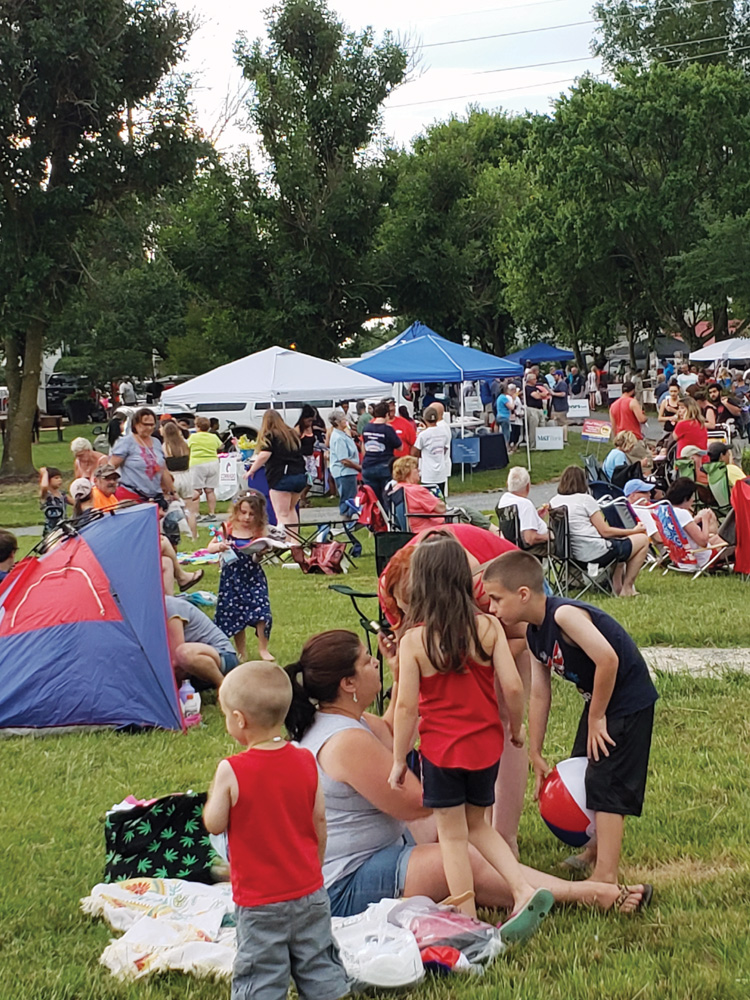 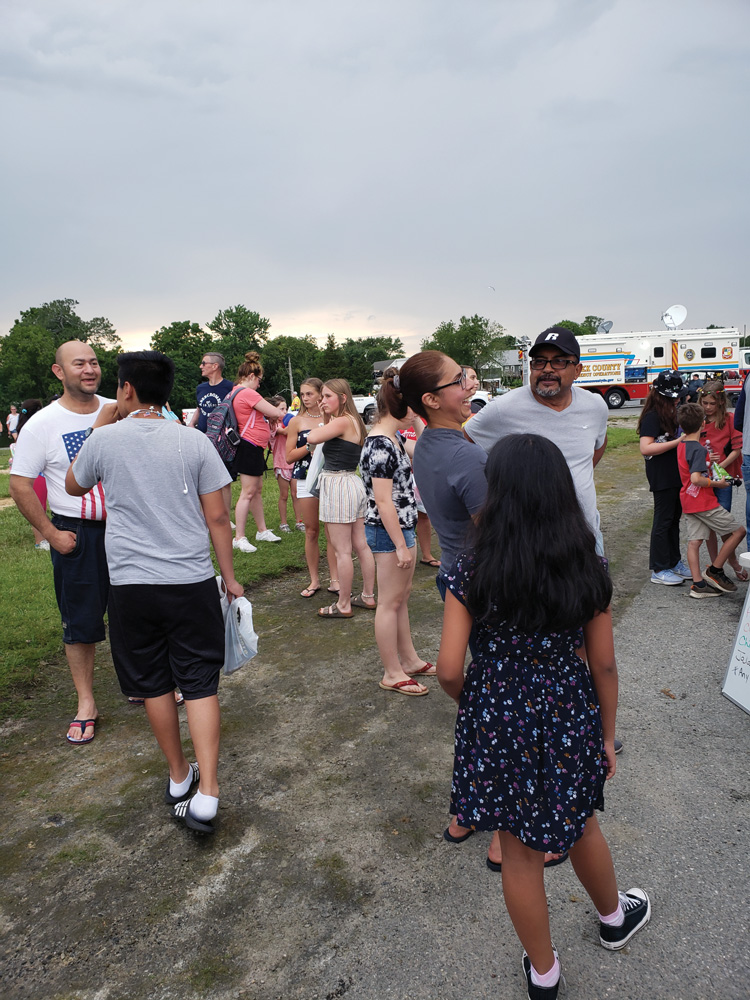 Clouds threatened and there was a spell of rain, but when it stopped, a double rainbow arching in the sky caught the attention of hundreds who gathered at Cupola Park in Millsboro on June 29 for the Stars & Stripes Fireworks.

They reached for their cell phones to capture variants of red, orange, yellow, green, blue, indigo and violet — created by water droplets breaking white sunlight into colors — while others, wet from the downpour, joked, “You think it’ll rain?”

Ducks paddled in the gentle current of the Indian River and a mother duck, with a flock of ducklings, walked on the grass, leading the little ones to the water.

Children frolicked on the grass as their parents sat in beach chairs or gathered under the covered shelter, socializing and enjoying offerings from food vendors. There was pizza, sausage, hot dogs, french fries, ice cream and bottled water among them.

Squeezing lemons for sweet lemonade was a smiling Nina Szokolyai, working near a basket of the bright fruit at Infante Lemonade, Italian Ice & Ice Cream.

As her grandfather watched, 2-year-old Raven Holbrook, wearing patriotic wings, held a stick and pretended to write in the dirt. She was there with her mother, Brittnay Lewis of Berlin, Md.

Nearby, Knyles West and Emani Hicks, both 7, climbed a tree as the adults with them relaxed on a nearby bench, smiling at their antics.

Julia Uhde, 5, of Rehoboth Beach, in a summer dress, also wore red-, white-and-blue ribbons in her hair (an arrangement from last year, her father said), and tossed a beach ball to her friend Millie Alleman of Lewes. Millie’s 3-year-old sister, Bess, did her best to keep up.

Deep in conversation as they played on the swings were friends Alexis McGill and Kali Balascio, with Kali wearing a stylish black hat with a star design and enjoying an ice-cream taco.

Alexis’ little brother Aiden, in a Justice League T-shirt, joined the two, showing off a spinner toy with colorful lights.

As scheduled, fireworks festooned the sky as darkness settled over the inviting park.

“Everything went as planned,” a Millsboro police officer told a passerby. “And it was beautiful.”