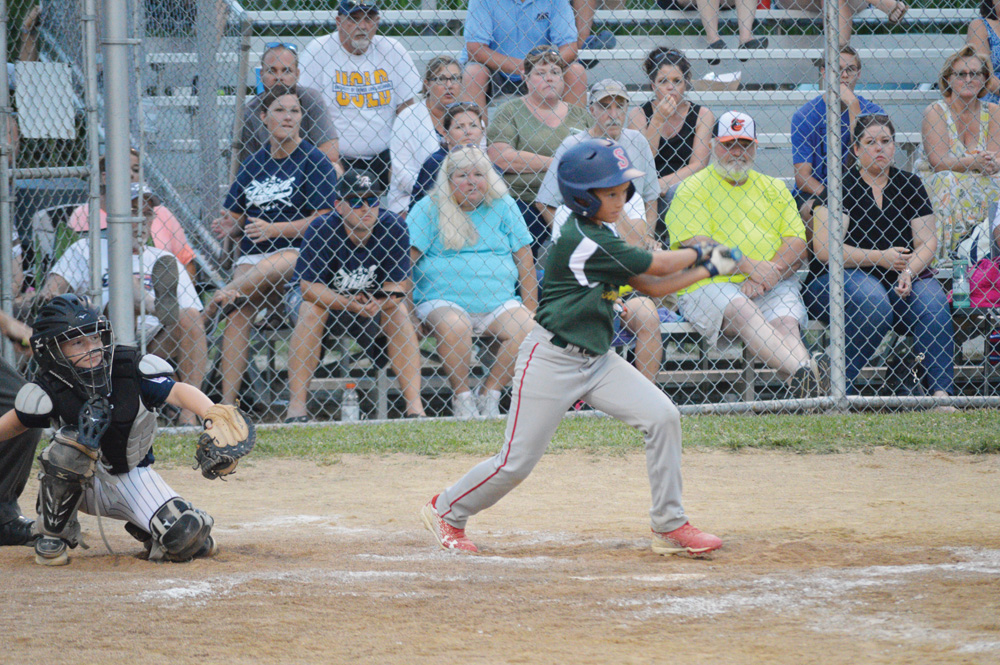 The Lower Sussex Little League Minor baseball team was holding onto a narrow one-run lead heading into the fifth inning when an unfortunate slip in the field led to two Milton runs, which proved costly for LSLL in a 6-5 setback on Tuesday, July 9.

The loss for LSLL dropped them into the loser’s bracket final on Wednesday, July 10, (after Coastal Point press time) against Laurel, with the winner getting a return shot at Milton. Both LSLL and Laurel lost to Milton earlier in the double-elimination bracket.

“Things like that happen in the game,” a disappointed head coach John Williamson said after the game. “They are an awesome group of kids to coach. They were singing ‘Sweet Caroline’ before the game as it was being played on the P.A. I hurt for them right now. I thought we played a good game. Milton is a good team. They are well-coached. Sometimes a bounce in a game is the difference between winning and losing. A close game and, unfortunately, it went against us.”

Ji Turnage got Lower Sussex on the board in the first inning when he smacked a RBI-double to score Nolan Staniszewski, who stroked a one-out double to start the early rally. Landen Erbe followed with a RBI-double of his own to score Turnage.

Max Williamson was hit by a pitch in the second inning with the bases loaded. That scored Tanner Sevier to give Lower Sussex a 3-0 lead.

Milton responded in the top of the third, scoring two runs with two outs on a triple to right field.

Erbe scored the fourth and final run for LSLL in the bottom of the third on a passed ball.

Staniszewski started on the bump for LSLL going 4.1 innings before the pitch-count rule forced a change. He allowed four runs on four hits, while striking out three. Max Williamson came on in relief to finish things off.

Turnage (a double), Staniszewski (double), Sevier and Erbe (double) each had a hit and scored a run for Lower Sussex.

“We play [Wednesday night] with a chance to get back here [to Milton] on Thursday,” Williamson concluded. “We have to beat them twice to win it. I think we can do it.”

The results from the LSLL-Laurel game will be available on the Coastal Point sports Facebook page, since it will be played after Coastal Point press time.