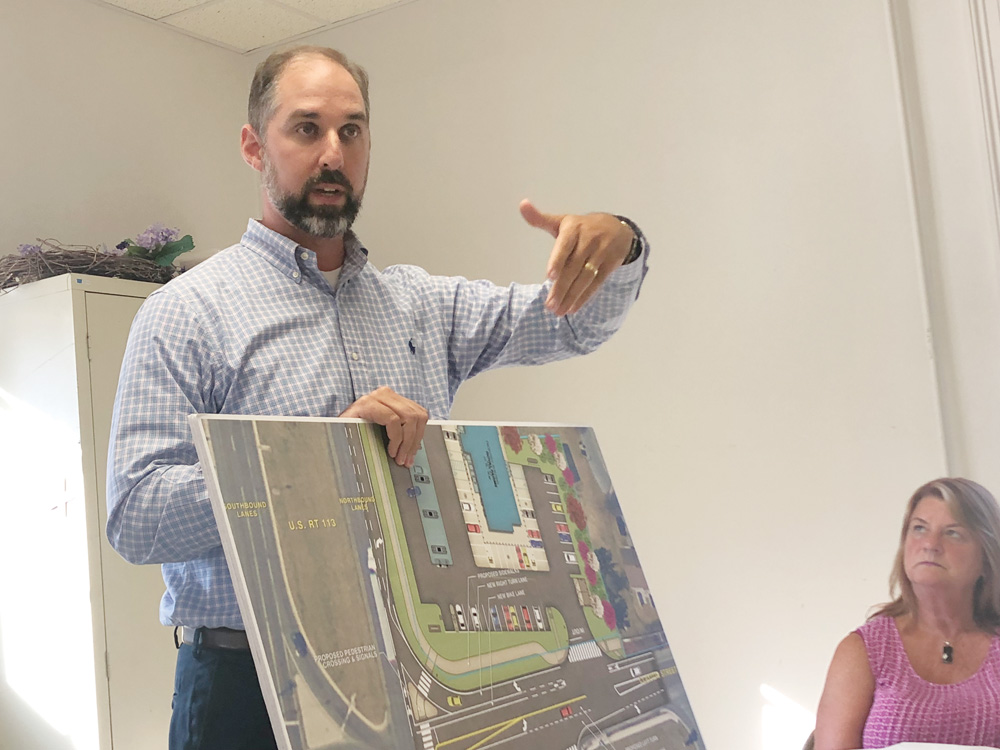 After a presentation of nearly 20 minutes, with several questions from council members, the new Royal Farms project received a conditional green light to begin construction at the Route 113/Clayton Street site.

The conditional approval was granted with the contingency that Royal Farms obtain the final approvals from state agencies as well.

Final plans for the location call for some extensive redesign of that intersection, with the widening of lanes, adding of dedicated turning lanes, and a walking path from the Savannah Square Shopping Center. There will be some road closures along Clayton Street during the evening hours during the construction, as there will be electric lines that need to be re-routed, as well as issues underground that need to be resolved.

“We still have to work on gaining the approvals from DNREC, DelDOT and [the Sussex Conservation District],” said Jonathan N.H. Street of Becker Morgan Group, who represented Royal Farms for the presentation.

“DelDOT has issued us a letter that they are satisfied with where the entrances are located on the property,” he said of the plan for the new location. “What the conditional approval allows us to do — which is why we are here tonight — is that it allows the building permit to move forward.”

There will be 14 gas pumps and six diesel pumps at separate locations on the property.

Tentative plans call for sitework to begin sometime in August, with an anticipated opening by the summer of 2020.

The existing location across the street will be closed upon the new location opening, and the pumps and tanks on the old site will be de-commissioned.

Council Members Theresa Ulrich and William Chandler had several questions regarding the final plans presented, but ultimately voted with the rest of council to grant unanimous approval.