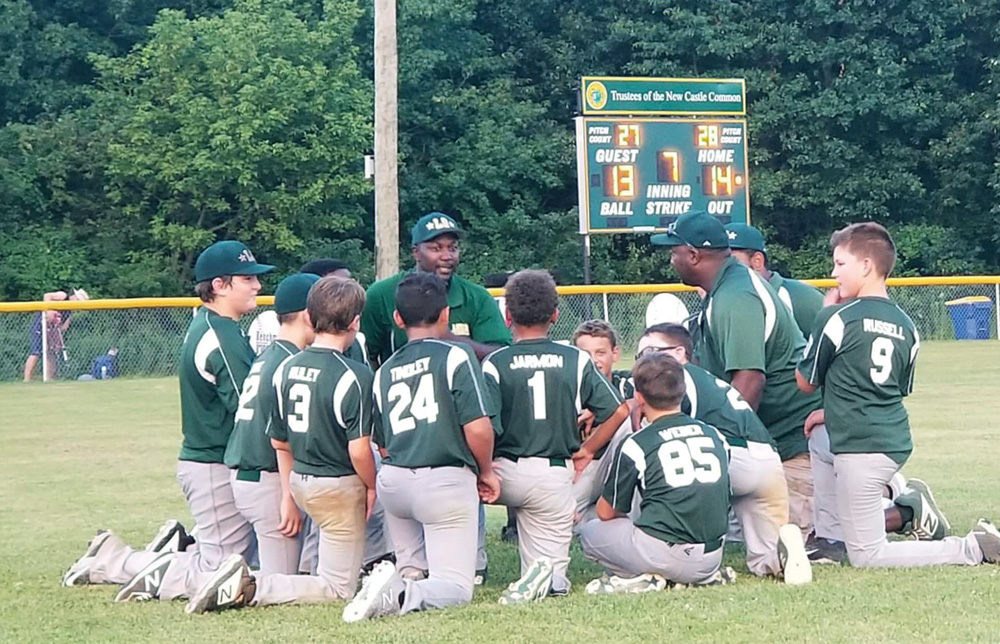 The Lower Sussex Majors Baseball team started its quest for a state title with an edge-of-your-seat, nail-biting walk-off win, thanks to a grand slam off the bat of Rosnell Lewis on Monday, July 22.

The blast gave the District 3 reps a 14-13 win over District 1’s MOT in the three-team double-elimination bracket. The Indians went into the extra-innings and found themselves down 13-10 before the Lewis moonshot gave them the tournament-opening win.

LSLL had jumped out to a 4-0 lead after the first inning of play, but MOT rallied to keep the pressure on the locals. The District 1 reps ultimately swung their way to the 13-10 lead in the top half of the seventh inning.

The Indians banged out 12 hits in the contest, with four of them home runs. Dylan Bunting hammered two over the fence, while Lewis and Kobe Tindley hit the others. Kameron Tindley had three hits in his four at-bats in the game, with two RBIs and a run scored. Lewis, Bunting, Chase Ruley and Kobe Tindley each scored twice.

Ruley was the first of four pitchers to toe the rubber for the Indians in the game. He went the first two innings. Trey Hill, Trent Justice and Lewis followed, combining to allow just one earned run over their five collective innings. Lewis was credited with the win.

In their second-round game, LSLL squared off with District 2, but after three innings, the game was suspended due to heavy rains making the field unplayable. The Indians had a 3-0 lead at the time of the suspension.

The game was resumed on Wednesday, July 24, with the loser was to face District 1’s MOT in an elimination game immediately afterward. The results of those games were set to come in after Coastal Point press time, so more information on those games can be found on the Coastal Point sports Facebook page.